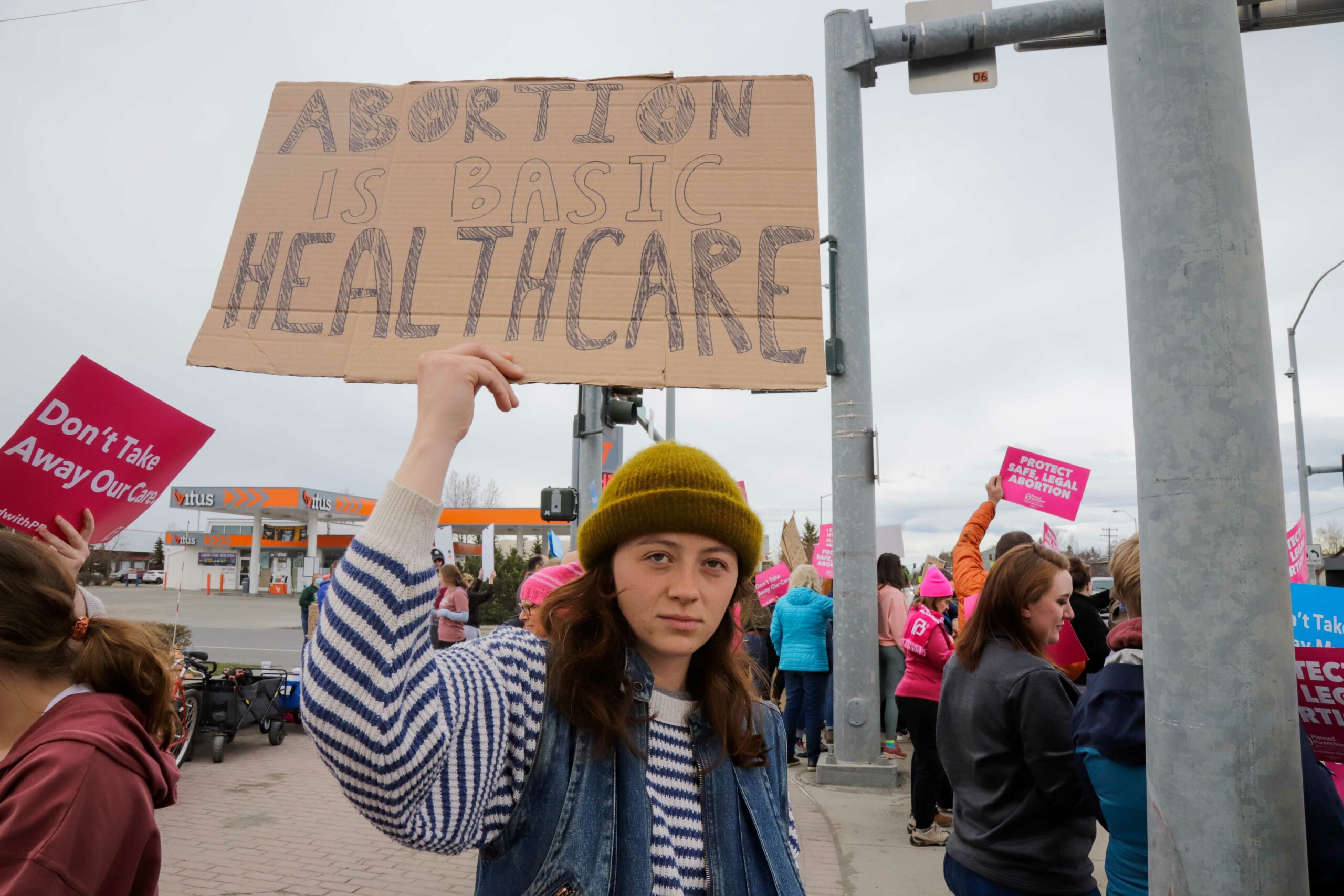 Forty-eight candidates are working within the particular election to fill the remainder of Congressman Don Young’s time period. It’s essentially the most candidates ever in a single election in Alaska. First up is the first. Ballots are out now and have to be returned by June 11.

To assist Alaskans type by the handfuls of choices, we’re asking every candidate the place they stand on the problems.

Here’s how they responded, in their very own phrases, to the next query on abortion:

Jay Armstrong (R): “I am a Constitutionalist all the time, every time, every issue no compromise. Nothing in our Constitution gives Congress the power to deal with this, it is a State and Individual issue. I am a Right to Life believer. There are already laws to deal with medical, and other exceptions.”

Nick Begich (R): “I am pro-life. The Supreme Court appears set to return this to the individual states in accordance with the 10th Amendment’s enumerated powers clause. Related legislative action will now be predominantly determined by state legislatures and governors, subject to judicial review within each state.”

Gregg Brelsford (undeclared): “Alaskans should have maximum freedom on major life decisions – masks, vaccines, pregnancy. I support the Roe-Casey model, but don’t favor abortion as birth control. No one can completely understand pregnancy in fallible people or difficult circumstances. As the Good Book says: mercy is what God asks for his children.”

Chris Bye (Libertarian): “With two tours of combat, I have seen enough purposeful death.  I’m with Dr. Ron Paul, this decision needs to be made at the state level.  Zero taxpayer dollars spent on abortion nor on corporate bailouts nor military boondoggles. Contraceptives that are available without prescriptions and medical industry fees.  Simple adoptions without bureaucracy.”

Arlene Carle (nonpartisan): “I support the initial concept that abortion be legal, safe, and rare.  Delivering a child partially through the birth canal and severing its spinal column is not abortion, it’s murder. Abortion should be performed early in pregnancy – within 10 weeks.”

John Coghill (R): “Abortion should not be legal except for the life of the mother if no other options available. From the time of conception two human beings are involved and both should be afforded protection and health services to the best of our ability.”

Chris Constant (D): “The decision of whether to have an abortion should be made between a woman and her doctor. Politicians should have zero say in the matter. None. I support the legal precedent established under Roe and am deeply troubled by the impending Supreme Court decision to overturn that established precedent.”

Thomas Gibbons (R): (Did not reply this query)

Al Gross (nonpartisan): “As a doctor, I know how complicated health care decisions can be. I support a woman’s right to access abortion and other health care services without governmental interference. Abortion should be legal and safe. Women should not have to choose between the law and their lives.”

Ted Heintz (nonpartisan): “Abortion should be legal to save the life of the mother (self-defense), for example an eptopic pregnancy, or in case of rape, a morning after pill may be called for.”

Jeff Lowenfels (nonpartisan): “Reproductive rights are are none of the Government’s business. I support a woman’s right to choose and Roe vs Wade.”

Mike Milligan (D): “Abortion should be legal. I support a woman controlling her own body. I’m greatly opposed to laws that can regulate pregnancy and miscarriage. Both pro choice and pro life should support guaranteed maternity leave for all Americans. I remember the pre Roe days and we should not go back.”

J.R. Myers (Libertarian): “I believe abortion should be illegal. Life begins at conception. The only exception should be to save the life of the mother. The issue of Life also includes euathanasia, assisted suicide, war, police killings and capital punishment.”

Sarah Palin (R): “Abortion is taking the life of an innocent baby, thus I am unapologetically pro-life and I’ll do what I can to help usher in a culture of life, love and compassion in our country.”

Silvio Pellegrini (undeclared): “I support one’s right to their own body. Considerations: Pre-viability, without question. 2. If the pregnancy is the result of a crime. 3. There is a medical risk that may compromise the Mother’s life. 4. The unborn has a life-threatening condition that will be fatal before or soon after birth.”

Mary Peltola (D): “Everyone deserves quality healthcare. That includes access to safe, legal abortions, with no exceptions. A repeal of abortion access would disproportionately impact people of color and low-income women who already experience unfair barriers to healthcare. I will fight to codify Roe v. Wade and guarantee the right to individual choice.”

Josh Revak (R): (Did not reply this query)

Tara Sweeney (R): “I don’t believe that the federal government should have a role in a woman’s healthcare decisions. While I support a woman’s right to choose, I oppose late-term abortions, except in cases when a women’s life or health is in jeopardy. I oppose taxpayer dollars being used to pay for abortions.”

David Thistle (undeclared): “As a Candidate for US Representatives, I keep reminding THE PEOPLE that an ‘Official Vote’ follows the Majority Views of the Congressional District. I can not legally force my beliefs, either based on Religion, Ethics or Morality, upon another American. The ‘Distorted Thinking’ of ‘WE THE PEOPLE’ has to STOP!”

Ernest Thomas (D): “A person has the inalienable right to decide what when  and how as their body. Lest we forget this Federal Constitutional Republic was formed with the individual as supreme. LEGAL.Government shall not be hypocritical in the case of abortion.”

Adam Wool (D): “I am pro-choice and believe a woman has the right to choose on the status of her pregnancy up until viability, which has been previously decided to be within 21-24 weeks. After 24 weeks, a decision based upon the medical needs of the mother and child can be determined by medical professionals.”

Stephen Wright (R): “I believe in Life at Conception so (Yes) it should be illegal to take a life. Education on the true nature of the protected status of the unborn.  With technology and the ability to enhance health for both the mother and the child is a must and be our focus.”

Editor’s be aware: We’ve left solutions largely unedited. If candidates exceeded the phrase depend we didn’t embrace the final sentence(s).