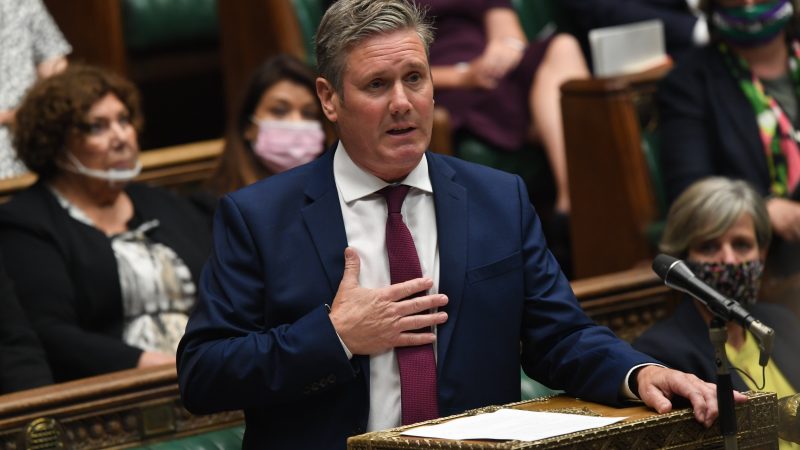 Boris Johnson has been accused by Keir Starmer of “selling out” working people as the Prime Minister is whipping Conservative MPs to vote against legislation on Friday that could outlaw the widely-criticised ‘fire and rehire’ tactic.

Labour backbencher Barry Gardiner will see his private members’ bill, the employment and trade union rights (dismissal and re-engagement) bill, undergo its second reading in the House of Commons on Friday, after first being introduced in June.

The Brent MP’s bill seeks to amend two existing pieces of legislation: the Employment Rights Act 1996 (ERA) and the Trade Union and Labour Relations (Consolidation) Act 1992 (TULRCA). It would do the following if passed by parliament:

Research by the TUC found that ‘fire and rehire’ – whereby workers are given notice of redundancy and told to reapply for their jobs on worse terms – became widespread during the pandemic, with one in ten being affected by the practice.

The Prime Minister has criticised the practice, describing it as “unacceptable as a negotiating tactic”, and business minister Paul Scully said they were “bully boy tactics”. But some ministers have said firms in financial difficulty need flexibility to offer new terms.

Ahead of the debate on Friday, Starmer said: “The Prime Minister has himself described fire and rehire as unacceptable so I urge him to stand by his own words, stop selling out working people and join Labour MPs today to outlaw this despicable practice.

“Fire and rehire is an appalling tactic to get around the law and cheat working people out of the pay and conditions that they have earned through their hard work.

“Whether it is supporting fire and rehire, hiking their taxes or cutting their Universal Credit, Conservative ministers are making working people pay the price for the government’s failures.”

Labour ‘new deal for working people‘, launched at party conference in September, includes banning fire and rehire, increasing the minimum wage to at least £10 per hour, giving all workers basic rights from day one on the job and increasing sick pay.

The opposition party also revealed at conference that it would facilitate ‘fair pay agreements‘, bringing together representatives of workers and employers to negotiate pay and conditions in every sector, starting with the social care sector.

Labour has committed to introducing a new right to flexible working as the default, protections for those with caring responsibilities and a right to switch off, as well as making statutory sick pay universal and creating a single worker status to ban “bogus” self-employment.