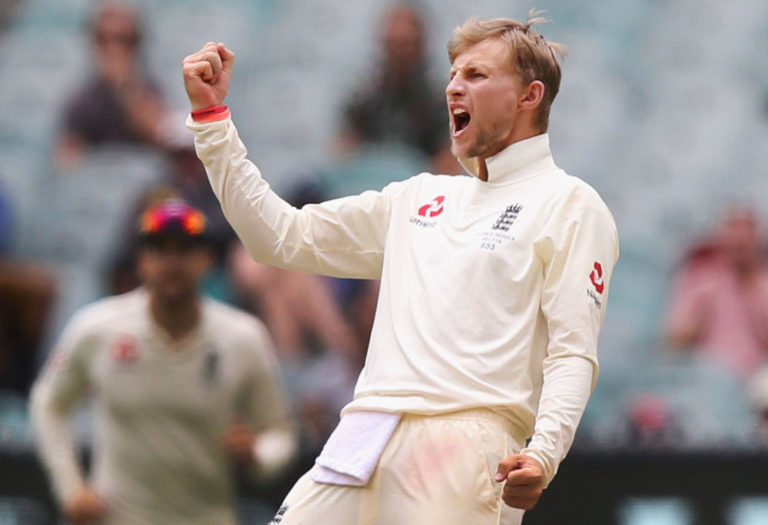 As the countdown to this summer’s Ashes series ticks into the final month, England captain Joe Root is full of confidence that Australia’s traditional dominance at the Gabba is a thing of the past ahead of the first Test.

Welcome back to Ashes Scout, where The Roar will take a closer look at all the news you need to know ahead of a blockbuster summer of cricket.

Missed the last edition of Ashes Scout? Check it out here

Not a part of England’s white-hot T20 World Cup squad, Test skipper Root has had plenty of time to prepare both physically and mentally for the summer ahead.

He believes Australia’s stunning fourth Test loss to India last summer at the ‘Gabbatoir’ – the home side’s first loss at the venue in red-ball cricket since 1988 – has broken the stranglehold on the venue for good.

In their past eight tours down under, England have lost comfortably six times at the Gabba, with draws in 1998-99 and 2010-11 the only time they’ve avoided going 1-0 down in the series. But Root is drawing inspiration from India’s series-winning three-wicket win in January.

“That India team that won at the Gabba, they were a long way from their first-choice XI but they had no fear,” he told The Guardian.

“They stood up to Australia and won crucial parts of that Test.

“It will give every player in our squad a huge amount of confidence and just plant a little bit of doubt in Australia’s mind.

“Having to go back there and play again for the first time against us, what with it being such a stronghold for them for such a long period of time… we now know that it’s not.”

Root’s comments echo those made by Australian captain Tim Paine ahead of the first Test of the 2019 Ashes series in England, at the Poms’ own ‘fortress Edgbaston’ in Birmingham.

“I could name you 15,” Paine quipped when asked whether there was a more intimidating ground in world cricket.

Heading into the series, England hadn’t lost a Test at the venue for 11 years, but were soundly beaten by 251 runs, with Steve Smith starting his incredible series with twin centuries. Root will be hoping it’s a similar story when the two teams head to Brisbane on December 8.

Root’s record in Australia across two tours is scratchy. He averages 38 down under across nine Tests, with a top score of 87. He made half-centuries in four of five matches in England’s 4-0 series loss in 2017-18, but couldn’t convert any of them to triple figures.

He spoke candidly about what has been holding him back in previous trips to Australia, and where he’s looking to improve from a batting perspective amid a career-best year that has so far yielded 1455 runs at 66.14 to sit atop the ICC Test rankings.

“The two previous tours I think if anything I probably got a bit too desperate. I think that extra bit of experience off the back of a fruitful year for me personally puts me in a better place,” he told The Guardian.

“It’s [struggling in Australia] something I have been thinking about for a good while now, I look at where I’ve been undone in that part of the world. It’s about managing certain lengths and finding a way to get on top of the ball.

“Some of the areas I score very freely in England, through the offside with a straight bat, I’m not sure that’s the best way to play those conditions [in Australia].

“I think it’s just managing your game, managing risk well for long periods of time, being clear where you’re going to score and put pressure back on to them.”

While Root will once again clearly be the prized wicket for Australia’s bowlers this summer, he’s not quite the Aussies’ biggest nemesis. Ben Stokes’ call-up to the squad after overcoming finger surgery and mental health concerns has given a major boost to the visitors’ hopes of reclaiming the urn.

“Just the fact he feels he’s in a place where he’s ready to play cricket again is the most exciting thing,” Root said of Stokes, a close friend as well as his one-time Test deputy.

“I can’t remember exactly what I said when he called [to tell Root he was right to play]. I just remember having a massive grin on my face for the next couple of days.

“We have been through a lot on and off the field. To see him now back in a place where he is able to enjoy his cricket again and feel more himself, that’s the best part of the whole thing. It’s just really exciting.”

Former Australian Test captain Ian Chappell has brutally downplayed Usman Khawaja’s strong form to start the Sheffield Shield season, as the Queensland captain looks to force his way back into the Test team.

Khawaja, who last played for Australia during the 2019 Ashes series before his number three batting position was usurped by fellow Queenslander Marnus Labuschagne, has made two centuries from four starts already for the Bulls, at a princely average of 81.50.

Such is his form that calls for his return to the fold for the Ashes are growing louder… but speaking to Wide World of Sports, Chappell strongly believes the 34-year old’s international career is over.

“I really think his horse has bolted,” Chappell said.

“Well, he would have in my books. So, I don’t really see a spot there for him. But the selectors may.”

Chief among Chappell’s concerns is the quality of bowling in the Shield so far this season. Only Tasmanian quick Riley Meredith (one ODI, five T20Is) has played international cricket among the bowlers Khawaja has faced for his two centuries, coming against the Tigers and South Australia.

“I think everyone knows Usman Khawaja can make hundreds against that standard of bowling,” Chappell, who captained Australia for 30 Tests between 1971 and 1975, said.

“But I’m not convinced that he’s going to make it against an England attack.

“I’m not convinced that Khawaja is a good enough player… Khawaja’s a good player against mediocre bowling, but against good bowling I don’t think there’s much future there.”

Despite ruling Khawaja out, Chappell is less certain about who will line up in Australia’s batting order for the start of the series.

Gun Victorian opener Will Pucovski is top of his list, but should he be ruled unavailable due to ongoing concussion issues, Chappell says the job of partnering David Warner at the top of the order is a “black spot” – with many of the leading candidates facing a similar problem to Khawaja.

“The concern is that you look through the last two or three seasons of Shield cricket and, apart from Cameron Green and Will Pucovski, there’s no real young blokes pushing and making a lot of runs,” Chappell said.

“When you consider that the Test players are virtually never there, there’s a terrific opportunity to make a lot of runs, and yet none of what you would hope would be the next generation have come through.”

Speaking of Pucovski, the 23-year old rising star’s Ashes summer – and perhaps even his entire Test career – has become even more clouded, following a concerning update on his wellbeing from mentor and former Test opener Chris Rogers.

Speaking to radio station SEN 1170, Victorian coach Rogers has revealed Pucovski is still experiencing concussion symptoms, more than a fortnight after suffering another head knock while batting in the nets.

The Vics still hope Pucovski will be fine to make his Sheffield Shield return against NSW on Friday, but will be ultra-cautious given his well-documented history with concussion.

“The medical team are constantly talking to him, so I think there’s still a few symptoms,” Rogers said.

“We’ve just got to see what happens when it comes to Friday.”

Pucovski’s first and to date only Test came against India at the SCG last summer, in which he showed his undoubted class with a first-innings 62. However, he’d then miss the fourth and final Test of the series with a shoulder injury.

Despite the latest setback – reportedly up to the 10th time he has been concussed playing cricket – Rogers is confident Pucovski will rebound both physically and mentally.

“He’s been through this before, so he knows what it’s like and he’ll be ready to go,” he said.

“He’s a pretty resilient guy now – if you go through [this] many setbacks, you have to have something about you.”

Averaging 53.41 in first-class cricket, Pucovski hit double-centuries in his only two Sheffield Shield matches last season, one as part of a record-shattering 486-run opening partnership with Marcus Harris, who replaced him at the top of the Australian order against India.

Rogers says those knocks, coming after another string of head-related issues last summer, are proof his latest blow won’t faze him.

“He’s showed before that he can hit the ground running as he did last year in the two Sheffield Shield games when he got two 200s,” Rogers said.

“If he was good enough to come and do something like that again, I think the Australian selectors would definitely have something to consider.”

>> Check out the full Ashes fixture