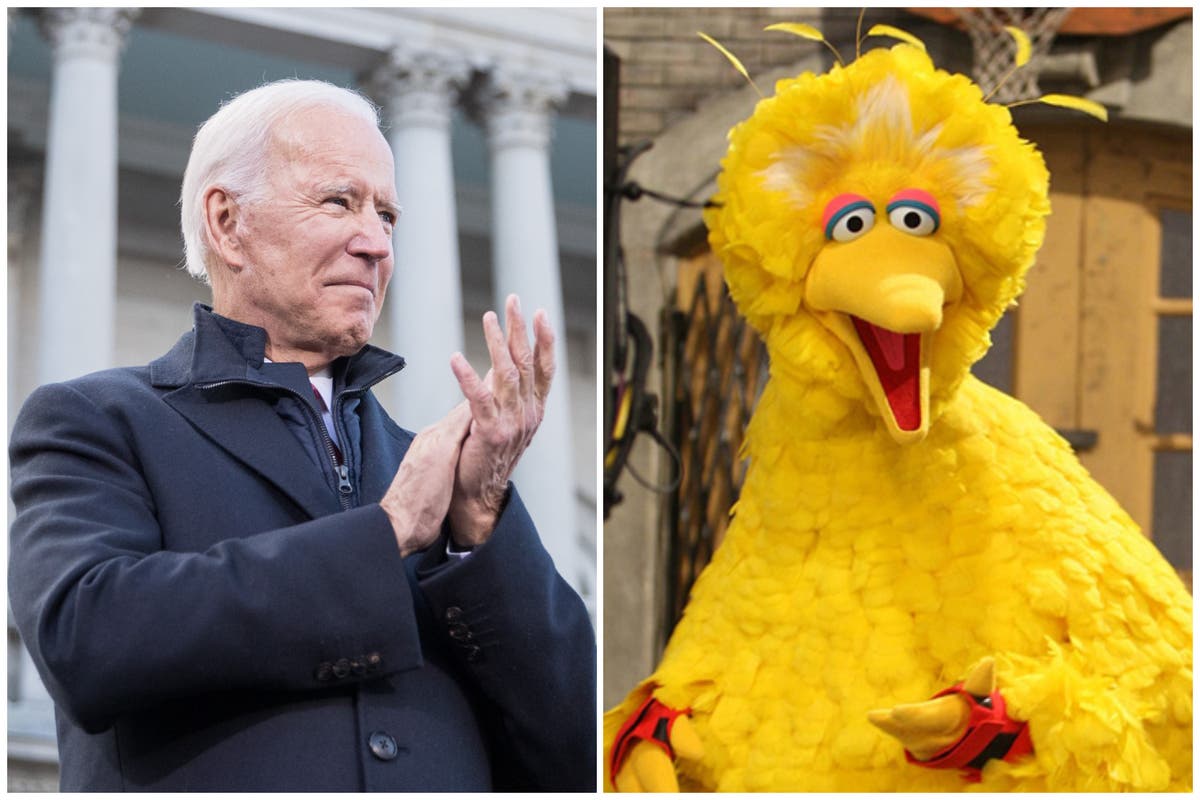 S President Joe Biden congratulated Big Bird for getting vaccinated after the Sesame Street character was accused of peddling propaganda by a Republican politician.

The US government approved the Pfizer vaccine for children aged five to 11 last week, clearing the way for millions of young Americans to get vaccinated.

In reaction, the giant yellow bird announced on social media platform Twitter that he had been vaccinated.

The bird, who is perpetually six-years-old on the show, wrote: “My wing is feeling a little sore, but it’ll give my body an extra protective boost that keeps me and others healthy. Erica Hill [a CNN reporter] even said I’ve been getting vaccines since I was a little bird. I had no idea!”

Several other right-wing US commentators piled in. Fox News contributer Lisa Boothe said “brainwashing children who are not at risk from Covid” was “twisted”.

Steve Cortes, a host on the conservative Newsmax network, wrote: ““This kind of propaganda is actually evil. Your children are not statistically at risk, and should not be pressured into a brand new treatment. Do Not Comply!”

But President Biden leapt to the defence of the winged animal, writing: “Good on ya, @BigBird. Getting vaccinated is the best way to keep your whole neighbourhood safe.”

Journalist Aaron Rupar retorted: “There is no better illustration of how Republicans have politicized basic public health than Ted Cruz getting mad because Big Bird tweeted about being vaccinated.”

It is not the first time Sesame Street has encouraged vaccine uptake.

An episode in 1972 saw Big Bird approach a line of children waiting to get a measles vaccine, with a sign above them reading: “Don’t wait. Vaccinate.”

It comes after the US Centers for Disease Control and Prevention recommended the Pfizer shot for broad use for children aged five to 11, four days after it was authorised by the U.S. Food and Drug Administration.

The 10-mcg shot of the Pfizer vaccine authorised for school-age kids – a third the strength given to adolescents and adults – offers protection from the Delta variant of the virus that has led to thousands of pediatric hospitalizations.

Dr Monica Gandhi, an infectious disease expert at the University of California, San Francisco, said the approval for this age group was especially important because they are school-aged children.

The vaccine, shown to be more than 90 per cent effective at preventing symptomatic infection in children, provides an avenue for fewer quarantines or school closures and more normal activities and freedoms.

“In elementary schools, it’s been really difficult for them to be totally normal without this vaccine because teachers have been worried about transmission,” Gandhi said.