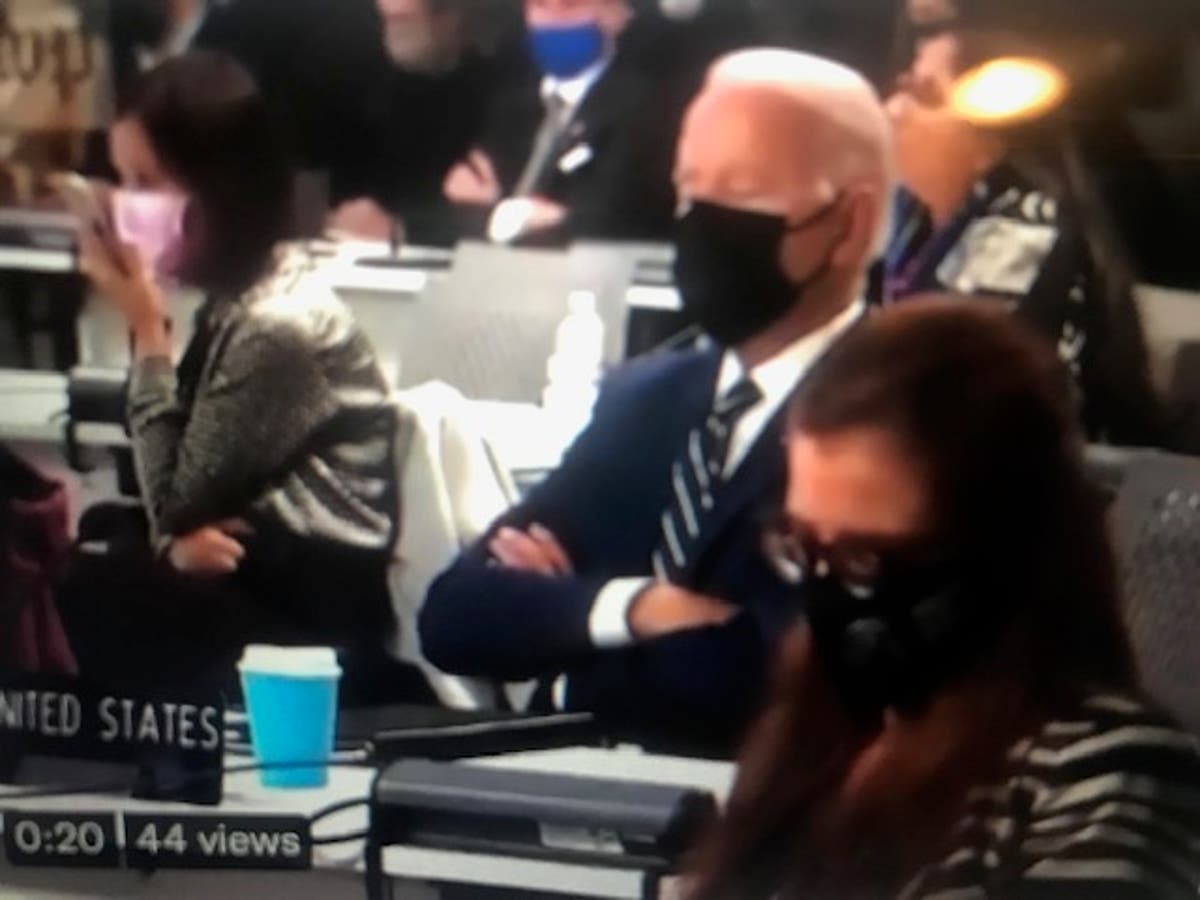 The US leader arrived in Glasgow on Monday morning as world leaders gathered for the climate change conference.

He appeared to struggle to keep his eyes open during the opening speeches as COP26 started at Glasgow’s SEC.

Piers Morgan was was one of the first to comment on the president’s tiredness as he retweeted the video and wrote: “Jeez… not the best look when you’re trying to tell the word to wake up.”

Another person wrote: “The camera had to shift off Joe Biden pretty quick, as he closed eyes for a few moments too long.

Air Force One arrived at Edinburgh Airport earlier and the President was then whisked in a 20-vehicle long motorcade down the M8 to Glasgow for the conference.

Mr Biden in his address on Monday sought to assure world leaders the United States would keep its promise to slash greenhouse gas emissions by more than half by the end of the decade, even as the key policies to ensure those reductions remain uncertain.

Biden, who succeeded former president Donald Trump in January, acknowledged that the United States had not always led by example on climate change.

“That’s why my administration is working overtime to show that our climate commitment is action, not words,” Biden said.

Mr Trump withdrew the United States from the Paris climate accord; Biden returned it when he took office.

In his COP26 remarks, Biden said the world needed to help developing nations in the climate fight.