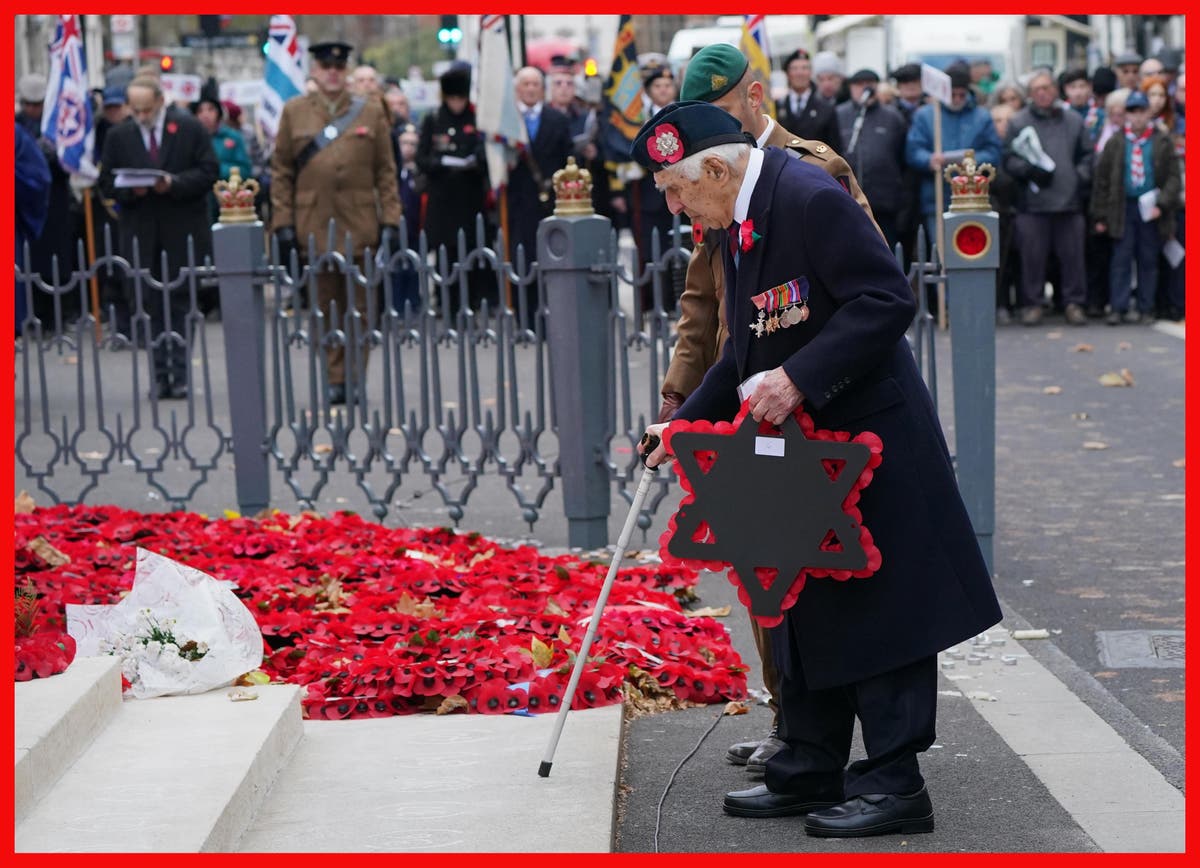 ceremony has been held at the Cenotaph marking the 100th anniversary of the first wreath-laying by Jewish veterans at the central London memorial.

Jewish men and women who fought and gave their lives for their country were honoured during the annual Association of Jewish Ex-Servicemen and Women (AJEX) parade.

Sunday’s event took place a century on from the laying of the first Star of David wreath in 1921 by a group of Jewish ex-soldiers, from the Judeans – the 38th, 39th, and 40th battalions of the Royal Fusiliers.

AJEX chief executive, Fiona Palmer, said the organisation is “proud” of the “service, strength and resilience” of “the men and women of our community who fought to protect our country and stood up against antisemitism”.

The Board of Deputies of British Jews described the event as a “moving tribute” on the significant anniversary.

They tweeted: “A moving tribute this afternoon, 100 years since the first Jewish veterans laid a wreath at the Cenotaph.

“Today we honour the thousands of Jewish servicemen and servicewomen who have fought and served our country.”