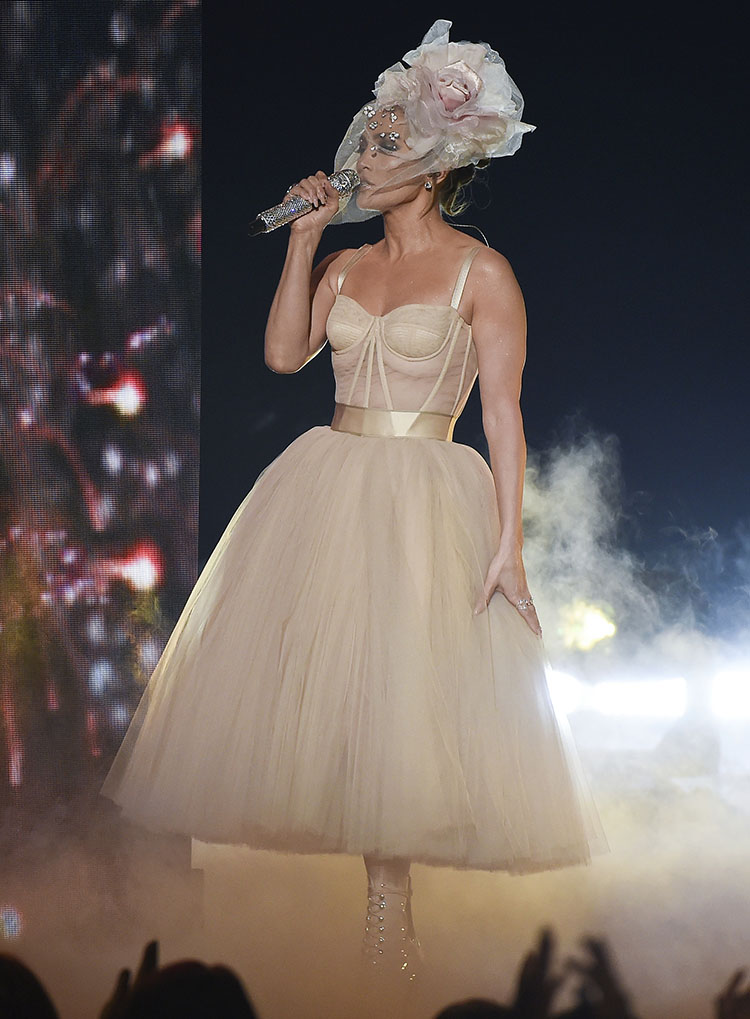 Jennifer Lopez performed her upcoming single ‘On My Way’ which will appear on the soundtrack of her 2022 rom com, ‘Marry Me,’ at the 2021 American Music Awards held at Microsoft Theater on Sunday (November 21) Los Angeles, California.

I felt I needed to set the tone so that ​her custom ​Dolce & Gabbana nude hued gown paired with a Piers Atkinson decorative headpiece and veil is put firmly into perspective.

However, setting the tone won’t steer us all from the fact the cups on the bodice appear too small for the singer.

It’s very possible that they became displaced during the performance.  I would imagine that this would be the case if she lifted her arms skyward.

It could also be possible that this was only made obvious under the glaring studio lights.

The other scenario I’m considering is that she’s wearing a strapless bra underneath.

But it’s very surprising to me, especially considering the fact that she has such a huge glam team, that no one noticed this.

And that’s all before we get to the fact that Saniyya Sidney wore a very similar dress to the ‘King Richard’ New York premiere last week.