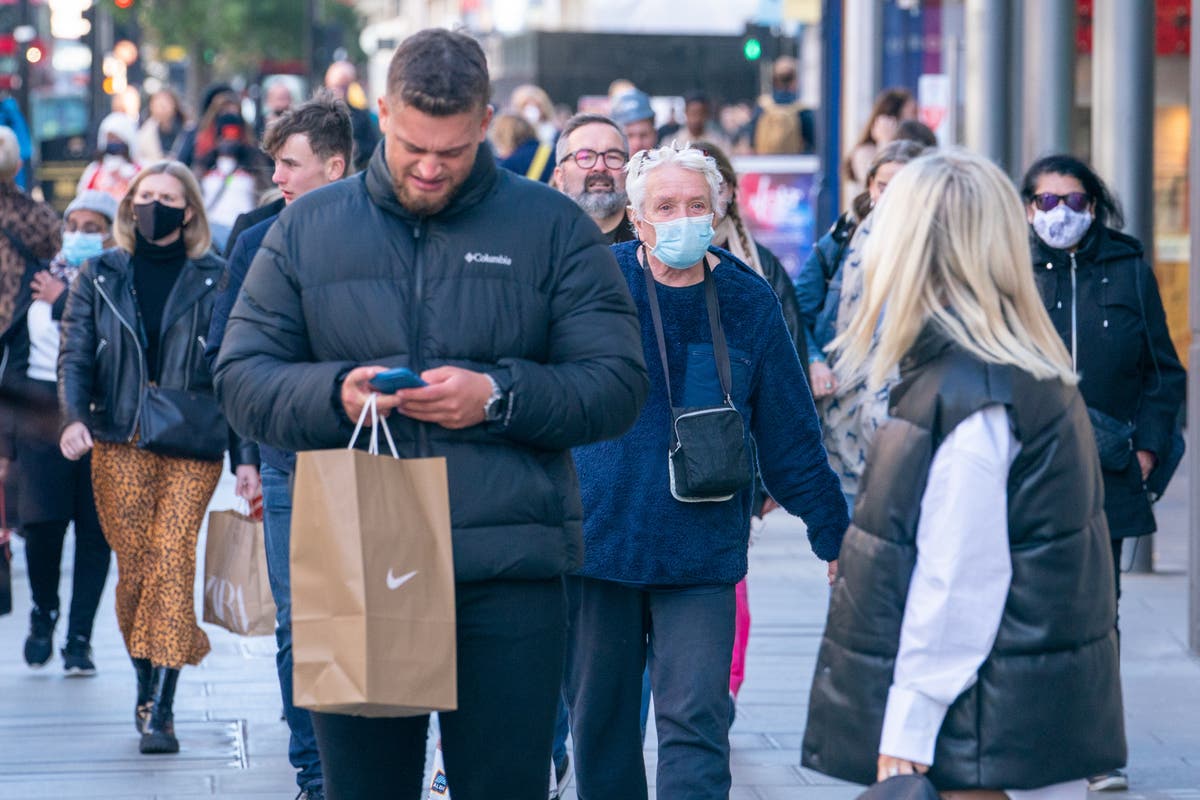 There have been protests in a number of countries including Austria, Switzerland, Croatia, Italy and the Netherlands at new restrictions in response to sharp rises in cases.

But the UK, which saw pandemic measures eased in the summer, is “already ahead” of such a spike, one expert said.

Professor Sir Andrew Pollard, one of those behind the creation of the Oxford/AstraZeneca vaccine, said it is “unlikely” the UK will see a rise similar to parts of Europe.

He told BBC One’s Andrew Marr Show: “We’ve actually had some spread (of the virus) going on since the summer, and so I think it’s unlikely that we’re going to see the very sharp rise in the next few months that’s just been seen.  We’re already ahead of that with this particular virus, the Delta variant.”

Professor of public health at the University of Edinburgh, Linda Bauld, said while the picture remains “uncertain”, there are a number of factors which could help the UK avoid the situation seen in other countries.

She told Sky’s Trevor Phillips On Sunday programme: “We dealt with our Delta wave in the summer and early autumn. We’re still in it of course but not those big rises.

“And then the other features are around, unfortunately, because we’ve had high infections in the past, we’ve probably a bit more natural immunity in the population – as in immunity post-infection, particularly for younger groups who’ve not been eligible for vaccines.”

The vaccine rollouts are also slightly different in that the dosing gap between first and second doses in many of the European countries was smaller than in the UK, she said.

“So they’re certainly seeing waning now and they’ve also got, in some parts of the population, some pockets of hesitancy, which are causing real concern, so we may not be the same, but you know, it’s very uncertain.”

But she added there is an element of “grave concern actually in trying to determine whether there are differences in the situation in Europe, or whether it’s just a matter of time until this faces us here”.

Sir Andrew said reaching the point where the virus no longer spreads is “not going to be a thing”, saying the Covid-19 will be around “for decades”, but he added that vaccines are successfully slowing it down.

He said coronavirus remains “a major global public health problem”, but that in the UK “the balance is shifting because of the vaccine programme that has been in place”.

Sir Andrew said that, taking into account last year as to how the pandemic could unfold, vaccines might have prevented about 300,000 deaths in the UK.

There is already “quite a lot of immunity building” in younger age groups, he said, when asked about reports of plans to jab five-year-olds.

Professor Bauld said taking up booster offers and continuing to demonstrate cautious behaviour will help avoid winter being a “disaster” and a repeat of last Christmas.

Bookings for booster jabs are opening this week in England for people aged 40 and over.

Sixteen and 17-year-olds will also be able to book in for their second jab from Monday.

Health Secretary Sajid Javid said it is the vaccine programme, rather than immunity from infection, that means the British people are more protected from the Covid-19 winter wave than other European countries.

He told Times Radio: “I do think the reason we have such a high level of protection is primarily down to our vaccination programme, with almost some 88% of people having had at least one jab, 80% double jabbed.

“If you look at some of those countries in Europe now that have seen the biggest surges, they have a much lower overall vaccination rate.”

People eligible for a booster can get the top-up jab from six months after having their second dose.

But they can book their appointment from 7am on Monday when the National Booking Service opens for people aged 40 and over, as well as for young people aged 16 and 17 in England.

Almost 200,000 teenagers in this category are currently eligible for a second jab, NHS England said.

It added that almost 500,000 people in their 40s are currently eligible for a booster, having had a second jab at least six months ago.

Bookings can be made online or by calling 119. Anyone eligible for a booster at, or past, the six-month mark can use the NHS online walk-in finder to see their nearest walk-in site.

More than a million 40 to 49-year-olds can pre-book their appointments from Monday, and a further 1.5 million invitations will be sent to this age group in the coming weeks, NHS England said.

The extension of the rollout, announced last week, came amid concerns at waning immunity in those were were jabbed near the beginning of the vaccine programme.

More than 14 million boosters and third doses had been administered in the UK as of Friday, the Government said, with more than one million top-up jabs recorded since Tuesday.