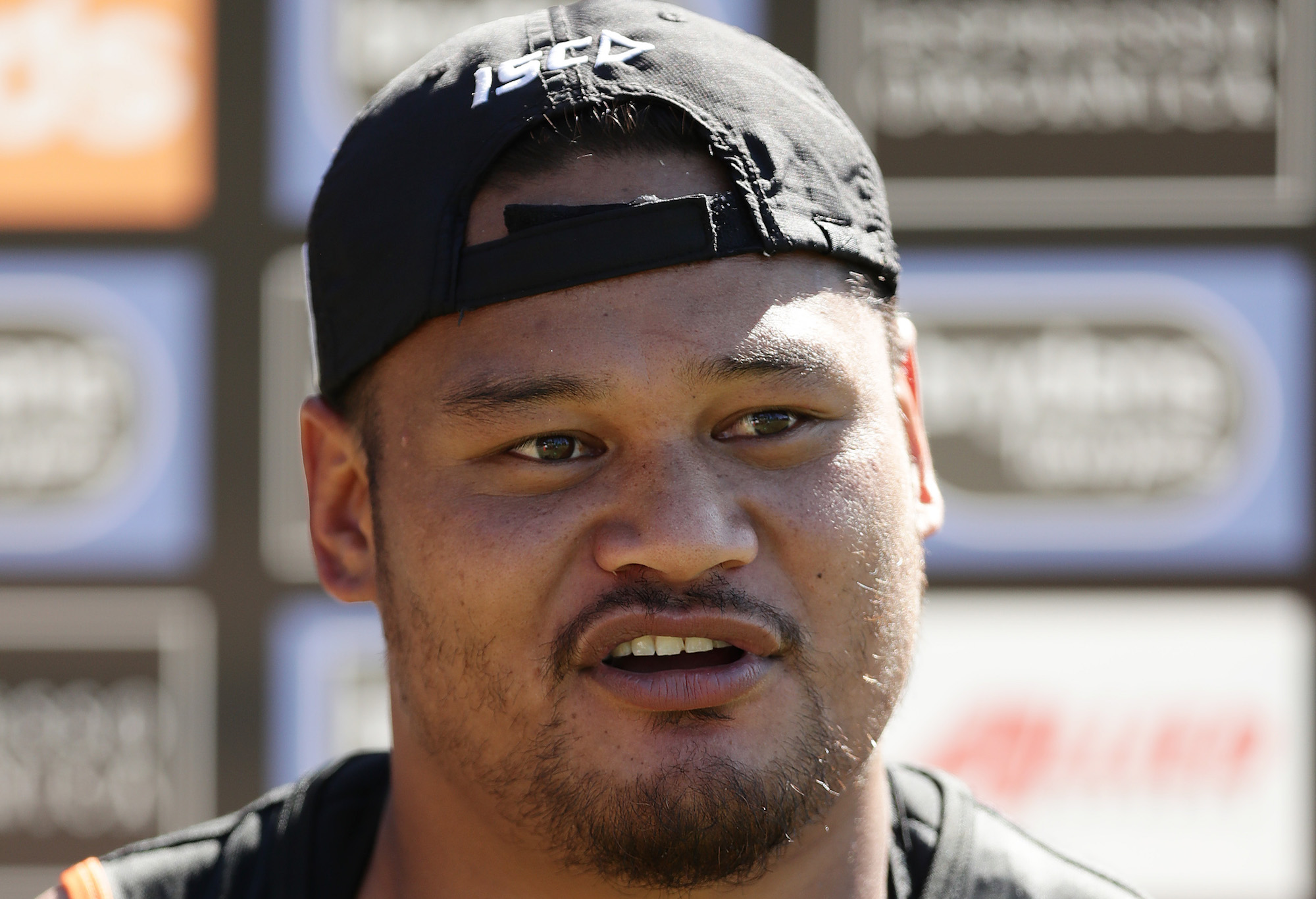 A furious Paul Gallen has challenged Josh Aloiai to “man up” and fight traditional three-minute rounds when the Manly NRL enforcer enters the ring for his much-hyped professional boxing debut next month.

The Gallen versus Aloiai bout on December 10 will complete a blockbuster four-week program featuring a swag of Australia’s premier pugilists including world title hopefuls George Kambosos and Tim Tszyu.

Judging by Monday’s explosive confrontation in Sydney, where Gallen and Aloiai got personal, the eight-round battle could be a worthy climax to a historic two-night double header at the Newcastle Entertainment Centre.

Aloiai said he was “blessed and privileged” to headline the Friday night card including Garside in his professional debut against Fijian Sachin Mudaliar.

“The best thing I can do to show that I truly respect boxing is to go out there and not look like a football player,” he said.

“I’ve got to go out there and show people I’ve walked on this path since I was a kid and that I’m a boxer.”

But Gallen is livid about the Kiwi-born 25-year-old only being prepared to fight two-minute rounds.

“It’s just been frustrating. Here’s a guy from day one who has said he’s grown up with boxing, he’s been boxing since he could walk. He’s even said he’s got more experience than me.

“Yet he’s got three guys down there sitting in front of him who he’s going to earn more money than fighting two-minute rounds. It’s embarrassing.

“Why won’t you do it properly? Are you not a little embarrassed?

“That’s what boxing is. It’s three-minute rounds. It’s a war of attrition. That’s what the game is.

Refusing to engage, Aloiai simply said “too late”, the deal had been done.

“Everyone’s sick of hearing about the rounds – the number of rounds, the minutes,” Aloiai said.

“There’s plenty of time for me to get what we need done.”

Gallen also took a cheap shot at his bitter rival for leaving Wests Tigers to join the Sea Eagles.

“He kept saying last week that was the contract he was sent. As we know, contracts don’t mean nothing to him. He walked out on his teammates last year and all his mates,” he said.

“So I’ll be getting him for the Wests Tigers fans and the players he left behind as well.

Meanwhile, off contract and out of favour, fallen NRL star Joey Leilua candidly admits he’ll be fighting for his future and his family when he makes his professional boxing debut next month.

The 29-year-old concedes he’s stepping out of his comfort zone, even against a rival 10 years his senior and who is also debuting as a fighter.

“I only started training four weeks ago,” Leilua told AAP on Monday.

Not wanted at Wests Tigers after a turbulent, ill-disciplined two-season stint at Concord, the Samoan international and one-time NSW State of Origin candidate has little choice but to fight.

The 29-year-old now has a third child to feed following the birth five weeks ago of daughter Lyra, a baby sister to brothers Leonidas and LaDainian.

“I got the text asking to fight around the same time as she was born.

“So I took it and I’m taking this fight seriously, keeping my focus on this fight only and then whatever comes after that, I’ll do.”

Leilua said he was considering a couple of offers but wanted to keep them “low key”.

“Hopefully with this fight I can get in there and show everybody that I’m fit and ready to go.”

But with his mother Aranata needing kidney dialysis, the self-confessed “mummy’s boy” said he was reluctant to leave Australia.

“So I’m still considering what to do but she plays a massive part in it because we don’t know how long (she has).”