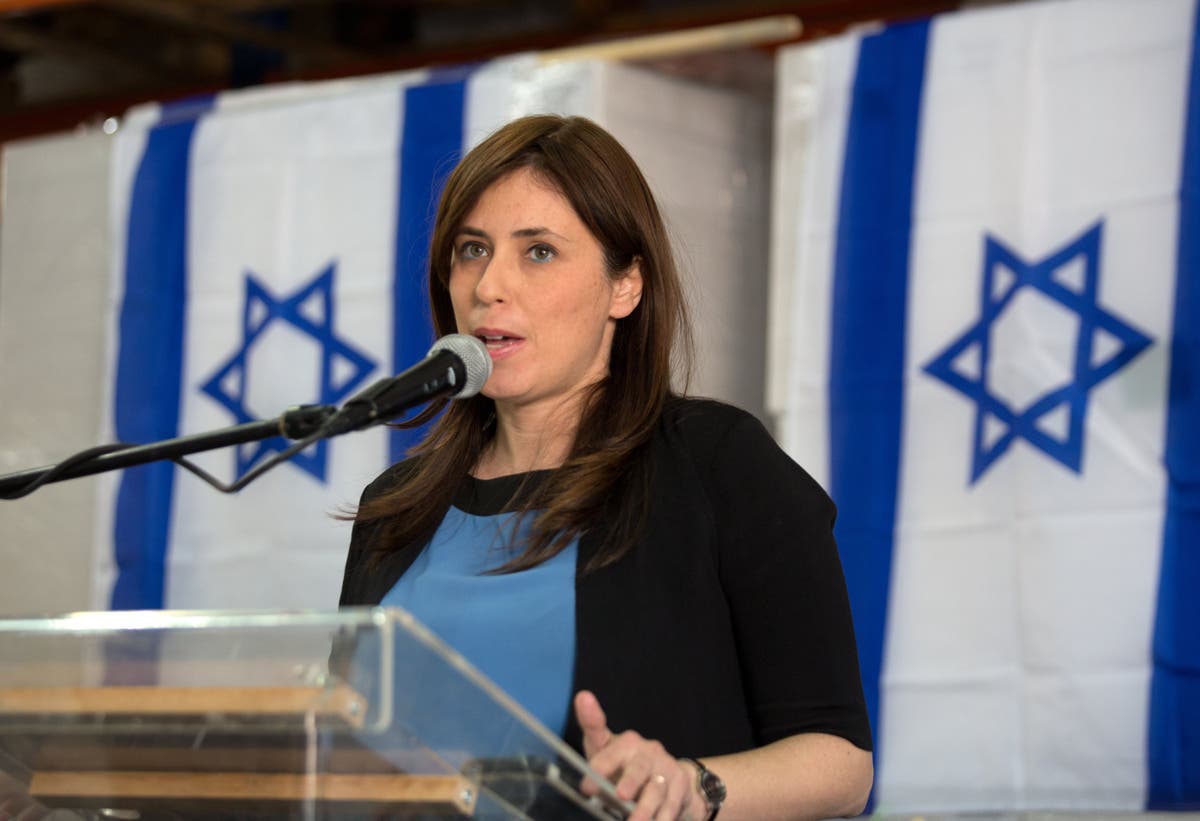 sraeli Ambassador Tzipi Hotovely was chased out of a university debate by angry LSE students and activists waving Palestinian flags.

The crowd attempted to rush the Ambassador as she fled her controversial debate on the future of the Middle East at the university clutching flowers.

Video from outside LSE on Tuesday night showed security guards bundling Ms Hotovely into her embassy-supplied Jaguar as police attempted to fend off the group who can be heard chanting, “Aren’t you ashamed?”

“We will not give in to thuggery and violence,” Ms Hotovely promised after the skirmish, according to Ynet. “The State of Israel will send its representatives to every stage.”

It emerged that activists from LSE Class War posted an Instagram story ahead of the debate urging students to rush the stage.

Ministers condemned the action by students.

Foreign Secretary Liz Truss tweeted: “We in Britain believe in freedom of speech. The treatment of Israeli Ambassador @TzipiHotovely last night and the attempt to silence her was unacceptable.”

“This is deeply disturbing, I am so sorry Ambassador Hotovely,” tweeted Nadhim Zahawi, a Conservative MP.

Before the event, LSE’s Palestinian society said it was “outraged” by the invitation and LSESU’s approval of the event.

Ms Hotovely, who is close to Benjamin Netanyahu and a leading star for his Likud party, is a self-described “religious right-winger” who opposes a two-state solution, supports annexation and has spoken out against reform and conservative branches of Judaism.

Several senior members of the British Jewish community hit out at her appointment as Ambassador including Labour peer Lord Beecham, who stated: “The appointment of an ultra-right-wing ambassador, while typical of the present government of Israel, will do nothing to win friends in the UK – or indeed any other reasonable country.”

At her first event as an ambassador with the Board of Deputies of British Jews, Hotovely described the Nakba – the displacement and ongoing persecution of Palestinians – as an “Arab lie”.

The event at LSE was part of a series of debates on the future of the Middle East, with the head of the Palestinian mission to the UK Husam Said Zomlot to speak on Thursday November 11.

An LSE Spokesperson said: “On Tuesday 9 November, the LSESU Debate Society hosted the Israeli Ambassador to the UK for an event on the LSE campus. The event, which attracted some protest outside, lasted approximately 90 minutes, with the Ambassador speaking, taking questions from the audience and leaving on schedule.

“Free speech and freedom of expression underpins everything we do at LSE. Students, staff and visitors are strongly encouraged to discuss and debate the most pressing issues around the world, but this must be in a mutually respectful manner. Intimidation or threats of violence are completely unacceptable.

“We are aware of some threats of violence made on social media around this event. Any LSE students identified as being involved in making such threats will face disciplinary action.

“We will be reviewing the processes around this event to inform future planning.”