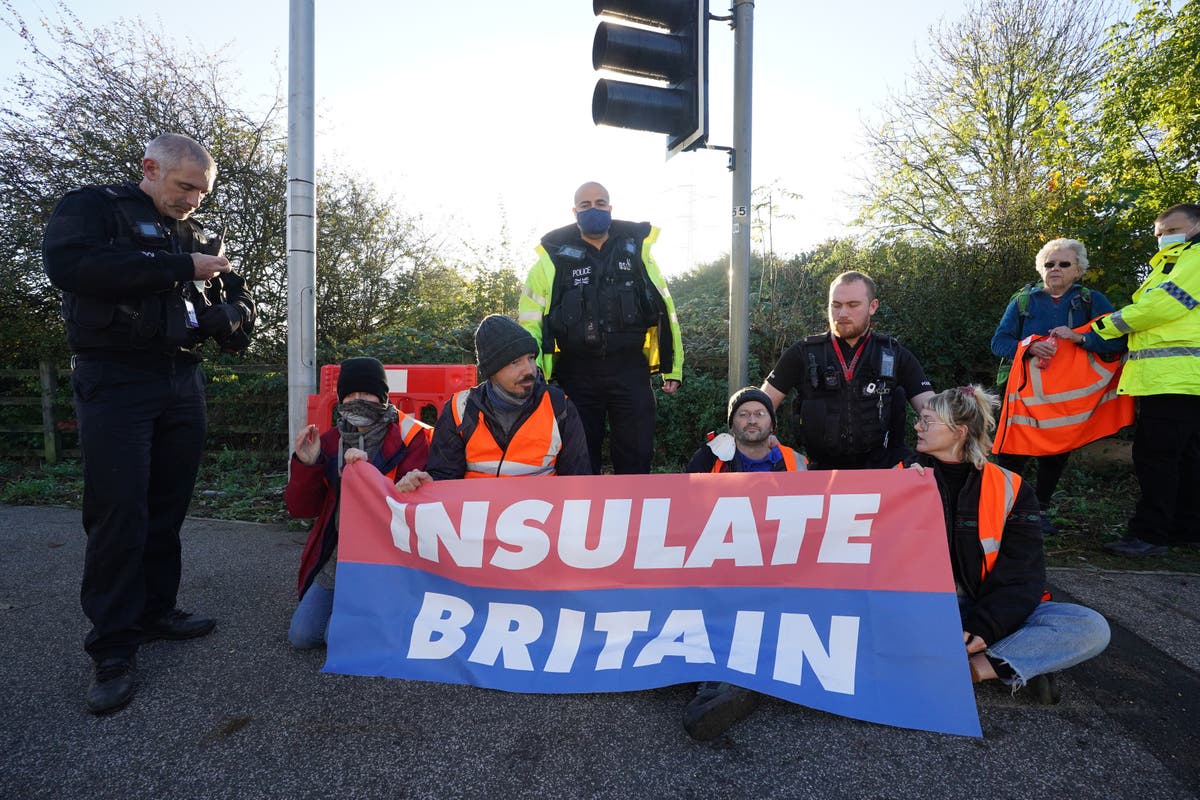 nsulate Britain protesters attempted to block the M25 at the South Mimms roundabout at Junction 24 on Tuesday morning.

Six of the demonstrators were stopped by police from getting into the road about 8am.

Others sat on the pavement and unfurled the group’s banner while some have glued themselves to the surface.

More than a dozen officers and seven police vehicles attended the scene, where one man was detained.

It comes as part of a wider campaign that has seen around 60 protestors from the Extinction Rebellion offshoot disrupt traffic in London, Birmingham and Manchester.

The group said the action was part of “our campaign of nonviolent civil resistance” which is continuing into its eighth week.

A group of nine Insulate Britain’s supporters have received summons for injunction breaking and are due to attend court on the November16, a spokesperson for the group said.

Diana Warner, 62, a retired GP, said: “One of the important reasons for coming out today was to say we’re all together. It’s not just nine.”

They face the prospect of unlimited fines and prison sentences for contempt of court.