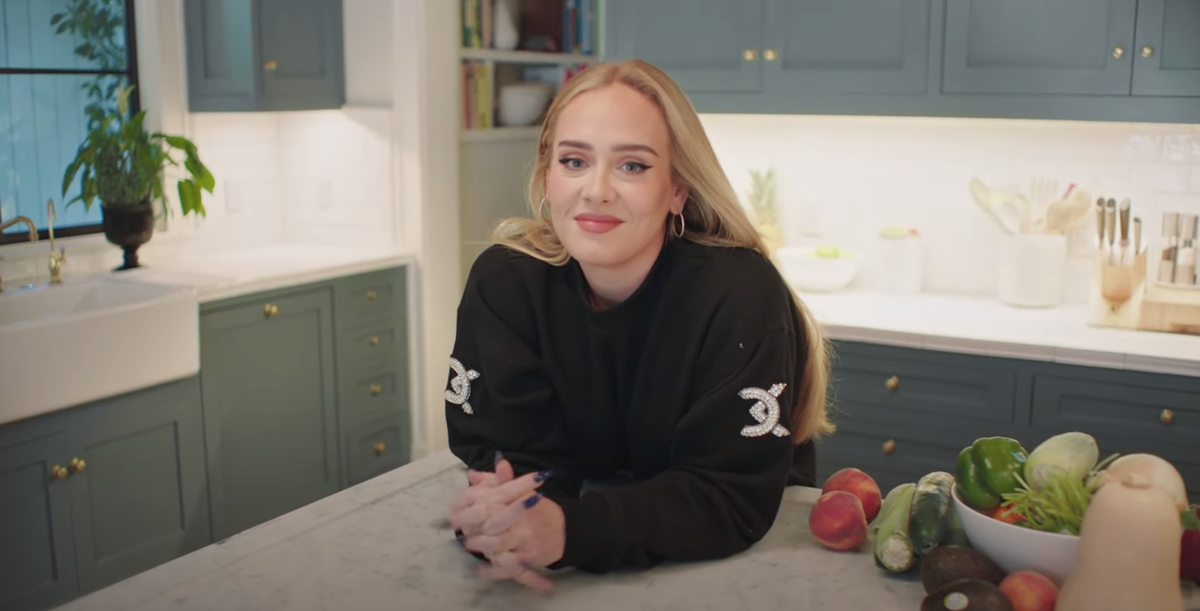 dele invited fans to have a look inside her gorgeous Los Angeles mansion with her “proudest possession” on display.

Opening the doors to her home, the singer spoke candidly to the cameras about her divorce and her new upcoming album.

At her chic $9.5million home, the songstress revealed her “proudest possession” is a framed piece of Celine Dion’s chewing gum in 73 Questions with Vogue.

“So he made her spit her gum into a bit of paper and framed it for me and it’s my proudest possession.”

As she answered all the questions, fans got a sneak look at her lovely English country-inspired kitchen.

Her whistlestop tour began with the superstar unpacking her food shopping, including heaps of veg for a stew.

Talking to the cameras, Adele told of her son’s love for stringy cheese and milkshakes and her preference for M&S in the UK.

Elsewhere in the chat, the mother revealed her new album is an attempt to explain her divorce from Simon Konecki to her son and she cries to some of its songs.

She told how it is her most personal one yet, containing her best-loved lyrics and second favourite song she has ever written.

The last year has taught the artist she is a “home bunny”, not leaving her LA villa unless she needs to.

She also spoke of her mum and how she helped “lovingly put me back together” when she moved back in with her aged 21.

Her diaries looked “drunk, chaotic, stressed, and very very sad” the singer explained they are all hidden in a handbag somewhere in her wardrobe room in London.

Reflecting on her early career, Adele said her favourite venue was Madame JoJo’s in Soho.

Having moved to the US, she said the most surprising aspect of living as a Briton in America was her “sarcastic humour does not travel” while tea and coffee culture is very similar.

Adele shared words of wisdom she would tell her younger self about “your love life is going to get a lot worse”.

She told fans she lives by the motto, “keep your heart safe and your music dangerous.”