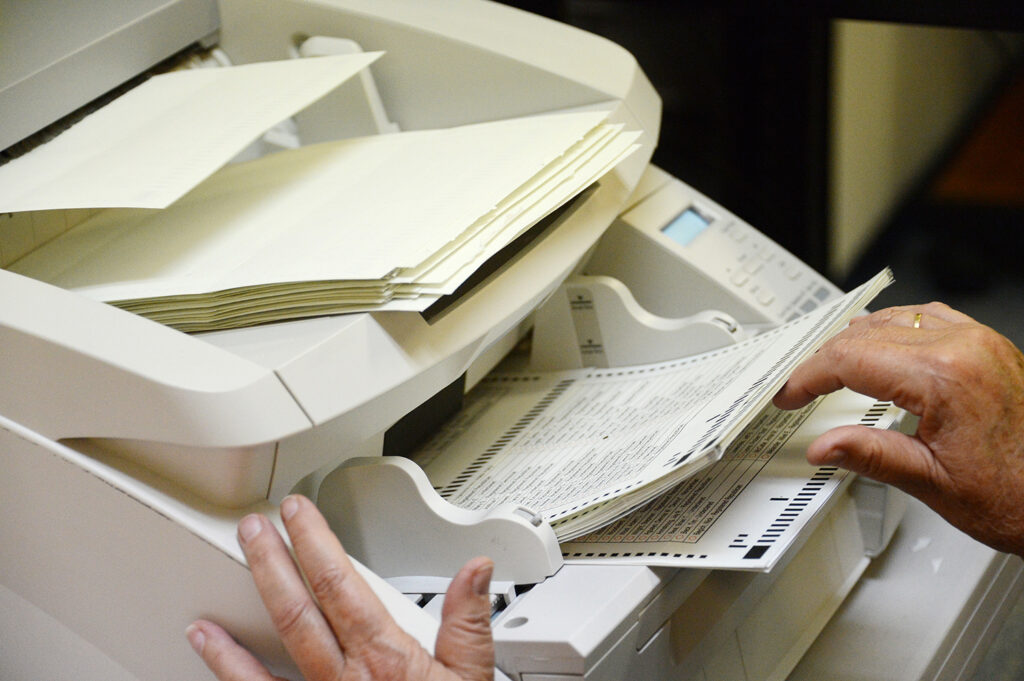 Final preliminary results posted Tuesday night by the Alaska Division of Elections show 161,614 people voted in the special election for U.S. House, Alaska’s first statewide election by mail. With 27.5% of registered voters participating, it’s the highest turnout in a primary since 2014 and the sixth-highest in the past 20 years.

Forty-eight candidates entered the race, and ordinarily, the top four finishers would advance to the Aug. 16 special general election, but the third-place finisher, Al Gross, said he will withdraw from the race.

Elections officials said that will leave only three finalists, and fifth-place finisher, Tara Sweeney, has said she will not challenge the decision in court.

RELATED: Tara Sweeney does not plan to sue over decision that she can’t fill vacancy on US House ballot

Sweeney, a Republican, is fifth with 5.9%. Undeclared candidate Santa Claus, who has referred to himself as a Bernie Sanders-style progressive, is in sixth with 4.7% of the vote.

No candidate outside the top 10 had more than 2% of the vote.

Election workers are expected to certify the results by Saturday after checking some votes by hand and conducting further review as required by state law.

At least 7,426 of the received ballots were disqualified and not counted for any candidate, based on a preliminary tally published Monday.

RELATED: About 1 in 8 rural Alaska ballots have been rejected in special primary, raising red flags with lawmakers

Turnout increased in 35 of the 40 state House districts compared with the 2020 primary. The only districts with fewer ballots cast were the four districts in Northern and Western Alaska, and the district that includes most of Joint Base Elmendorf-Richardson.

After certification, the Division of Elections will publish a report identifying the reasons for rejection and will notify voters whose ballot was cast but not counted for any candidate.