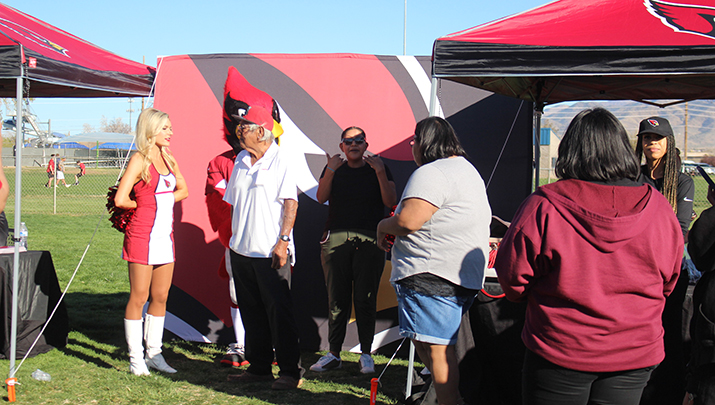 KINGMAN – The “Cardinals Caravan” that includes a retired participant, cheerleaders and the Cardinals’ mascot “Big Red” got here to Kingman and hosted a meet-and-greet.

The occasion held on Thursday, March 24 in Centennial Park, 333 Harrison St., introduced lots of of group members collectively for picture alternatives and video games as a part of the caravan’s tour by way of Arizona to advertise the group.

Attendees performed soccer and baseball within the park, collected autographs and took part in giveaways. The occasion was free and open to the general public.

The tour will cowl six Arizona cities to interact with followers, take part in native actions and go to native radio associates from the Cardinals’ radio community.

For extra details about the caravans, go to www.azcardinals.com/caravans.