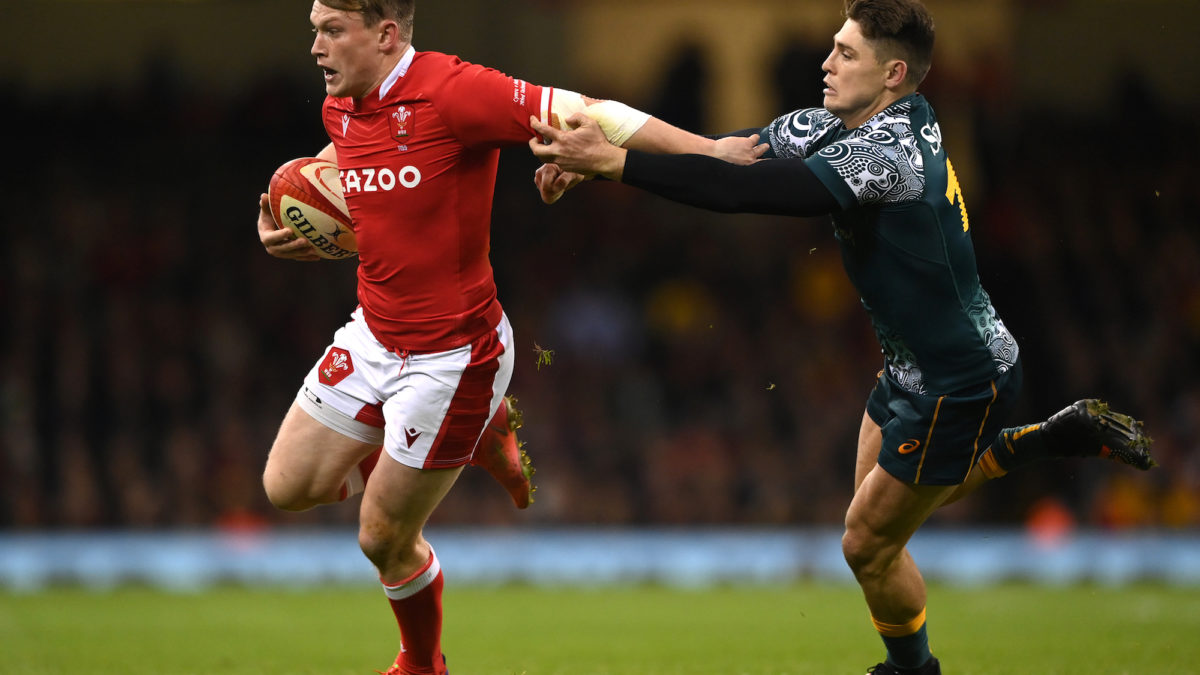 A few days now after the event, there is a certain feeling of ‘humph, figures’ about the final Wallabies performance of the international season.

This was an 80-minutes-and-change display that almost perfectly summed up the season.

Solid set piece and breakdown presence gave way to good ball movement with dashes of brilliance converting half chances into points, but ultimately all let down by moments of madness, unnecessary risk, and poor decision-making.

You could dig deeper into all of that and focus just on Kurtley Beale, who in the face of significant and mostly valid criticism over the previous two games, produced a game that certainly did remind all and sundry of what he’s capable of on the rugby field.

In just the last three minutes alone, he comfortably nailed what could and probably should have been the match-winning points from 45 metres out, but then after coming down with the ball from the restart and finding himself in clear space with the Welsh defence in desperate retreat, he inexplicably committed to kicking away possession, a decision made worse for being ankle-tapped as he was kicking the ball.

Had Beale taking even a cursory glance around him, he’d have seen at least two teammates in his periphery and more following. Had he taken a breath and considered the situation – now less than 90 seconds on the clock and the Wallabies in possession and rapidly approaching Welsh territory – all his experience in the game should have told him taking the tackle with arriving support was the substantially better option.

A couple more Australian phases into the Welsh half, and who knows? Perhaps Beale himself might have been the veteran playmaker having the final kick at goal, rather that Rhys Priestland.

But it didn’t happen because these are the moments the Wallabies are still to eradicate from their game.

And while, yes, it would have been much nicer to finish the season on the high that still would have come with a win that narrow and that dramatic and that late, there is at least the consolation that this was comfortably their best showing since arriving in Britain.

It took them three weeks, but finally we saw the Wallabies playing with a midfield shape that suited the personnel out on the field, and wasn’t shoe-horning players into a game plan they weren’t suited for.

After two weeks of James O’Connor playing so deep in the pocket that he finished games covered more in lint than grass stains, we finally saw a flatter front-line distribution and an attack playing more off Hunter Paisami at 12 than off O’Connor at first receiver.

Finally remembering that Paisami isn’t Samu Kerevi, this allowed Paisami to play his much more natural game: variations of hard hole-running, deft passes long and short, subtle grubber kicks through for outside runners, and good use of the blind winger on his inside hip.

Remembering that last week the Wallabies spent just 14 seconds in attack in the England 22, the possession stats against Wales spoke of the complete turnaround achieved in a week.

The Wallabies had 53 per cent of territory and 52 per cent of possession, but the big difference this week is where that possession was enjoyed.

They played a smarter possession game, at the right end of the field, and asked more questions of the Welsh defence as a result.

O’Connor’s connection with Nic White was way better, but Paisami’s connection with Len Ikitau in midfield was where the damage was done, with both of them making more than eight metres every carry, both choosing their moments to kick much more decisively and timely, and throwing 16 passes and getting four offloads away, as well as breaking six tackles between them.

To achieve that kind of turnaround without Michael Hooper and without Rob Valetini for 65 minutes is huge.

So yes, the pain of the loss and especially the major moments that led to it will linger over the summer break, but it will be worth remembering that the way the Wallabies turned around their performances on tour to finish playing as well as they did has to be seen as significant.

And all this is said acknowledging there was still plenty they need to do better.

They still missed nearly one in five tackle attempts. Nearly half their 13 penalties conceded came at the ruck or the offside line. They conceded a fourth and fifth card in just the last three games, forcing themselves to defend with 13 for ten minutes during the first half.

We’ve spoken of green shoots with the Wallabies for years and the drought has returned too frequently, but there’s a different feel about this group.

They’ve celebrated their successes this year but taken their losses hard and learnt from them. They’ve fought their way back into games by playing for each other and within the team structure rather than for themselves, and even as confusing as the World Rugby rankings system is, their elevation up the standings this year was warranted.

They’ve not finished the season with a roaring bonfire of confidence and momentum, but there are genuine flames burning away in the background that you can feel warmth from.

We’d have loved the season to have produced better results, but we’re thankful it didn’t finish anywhere near as bad as it looked at times.

Tompkins moment proves the knockdown law is an ass
Let’s start this little endnote with the correct wording of Law 11.3 around deliberate knock-downs:

“A player must not intentionally knock the ball forward with hand or arm. Sanction: Penalty.”

Many a Wallabies fan on Sunday would have been surprised to find the direction of the ball being a factor, when they quickly reacquainted themselves with what constitutes a deliberate knock-down.

And there are other sub-parts within Law 11, too, relating to making contact with the ball in making or attempting a tackle, and the reasonable expectation that the player could regain possession in making contact.

But regardless of whether you think the ball went forward or backwards after Welsh centre Nick Tompkins made contact with the ball, consider this.

Every time a defending player goes for an intercept or plays at the opposition ball in attack, they are deliberately trying to impede the attack. They are. Sometimes they get lucky and regather the ball. Often they don’t and the ball goes to ground.

If then, when a defending player makes deliberate contact with the ball to impede the attack, and they are in no position to regather the ball – the benchmark for at least a penalty – why then does the ball going forward or backward matter?

It’s every bit as cynical an infringement as not rolling away from the tackled player, and especially the second infringement after penalty advantage. And if a cynical infringement is a penalty as a starting point, then why should the allowance of the ball travelling forwards or backwards exist?

It’s yet another case of the laws making no sense.

It seems to me that if Law 11.3 specified that “A player must not intentionally knock the ball to the ground with hand or arm” then we would eliminate a considerable number of speculative intercept attempts, if for no other reason than it would ensure players have to be absolutely sure they can regather when playing at the ball.

If referees can see the deliberate and almost always cynical action easily enough, then why not make the law less complicated and clean up the game at the same time?