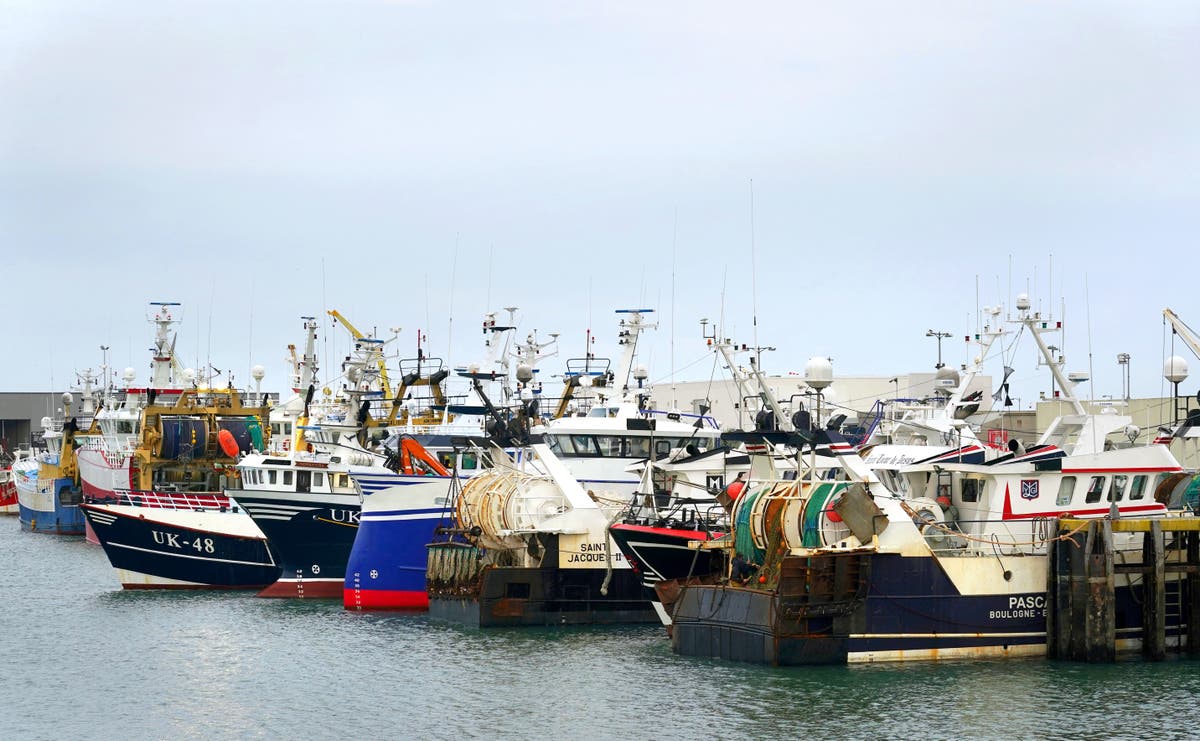 rench fishermen are preparing to blockade the Channel Tunnel and major ports on Friday in a protest over post-Brexit fishing rights.

The fishermen’s national committee said it would stage protests at the tunnel and the Channel ports of Calais Saint-Malo and Ouistreham.

In a statement it said the action, which will take place over a few hours, was intended to be “symbolic and non-violent” but any protests could have a major impact on cross-Channel trade and Downing Street urged the French authorities to prevent disruption.

The committee described the protests as a “warning shot” that could lead to further action if the fishermen’s demands are not heeded.

A No 10 spokesman: “We are disappointed by threats of protest activity.

“It is obviously a matter for the French to ensure that there are no illegal actions and that trade is not affected but we continue to monitor the situation closely. ”

The blockades are expected to hit Saint-Malo on Friday morning before moving on to Calais, the tunnel and finally Ouistreham.

The latest action comes after the French fishermen blockaded the port of St Helier in Jersey last May.

They are angry over not receiving more licences to fish in UK and Channel Islands waters under the terms of Britain’s post-Brexit trade deal with the EU – the Trade and Co-operation Agreement (TCA).

We don’t want handouts, we just want our licences back

The fisherman’s committee chairman Gerard Romiti said the attitude of the British authorities was “provocative” and “humiliating”.

“We don’t want handouts, we just want our licences back,” he said, according to French media reports.

“The UK must respect the post-Brexit deal. Too many fishermen are still in the dark.”

The latest flare-up in the dispute comes amid tensions between London and Paris over a range of issues.

Following the sinking of a migrant boat in the Channel on Wednesday with the loss of 27 lives, Boris Johnson called on the French to do more to stem the flow of people attempting the hazardous crossing.

It also coincides with the latest meeting between Brexit Minister Lord Frost and the European Commission vice president Maros Sefcovic.

The talks are due to focus on the Northern Ireland Protocol, although the subject of fishing licences may also come up.

The commission has stepped up pressure on the UK in the fishing dispute, setting a December 10 deadline to resolve the row.

The No 10 spokesman said the Government continued to engage with the commission on the subject.

He said Britain had issued almost 1,700 licences to EU boats where they could provide evidence of past fishing activity in UK waters in line with the terms of the TCA.

“We continue to abide by the TCA and work with fishermen if they have any further evidence they wish to submit as part of their application,” the spokesman said.

“We will continue to give licences where that evidence can be met.”