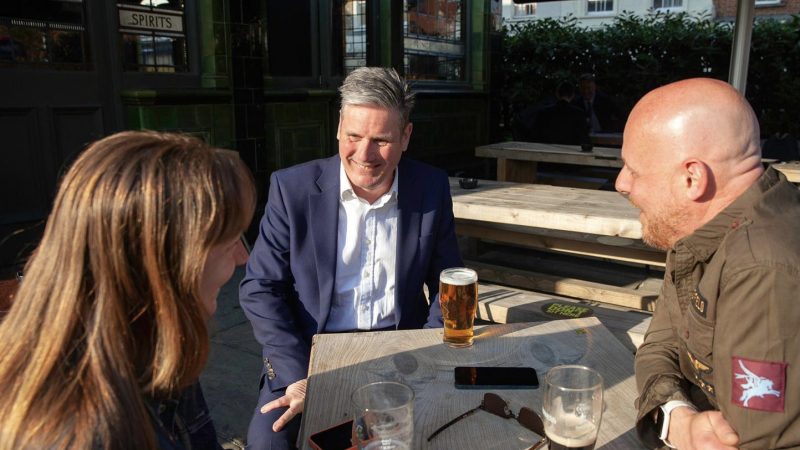 The latest focus group by James Johnson of J.L. Partners that aired today on Times Radio offered a range of views on Keir Starmer, in a vast improvement since the last time the exercise was broadcast on the digital radio station.

When a panel of swing voters was asked about Starmer in October, not a single positive reaction was prompted. Impressions that voters had of him included “the one that let Jimmy Savile get away” and “not a likeable character”.

But today the new batch of voters had more varied ideas about Starmer. The participant who appeared to have seen Piers Morgan’s Life Stories said that because of the programme she “warmed to him” and saw him as “down-to-earth”. “I quite liked him,” she concluded.

Another voter said the opposition leader “comes across very much as the person from his previous profession as a QC” and described him as “very calm, the polar opposite of Boris Johnson in that respect”. He said this could be “a bit bland, a bit flat”, but also “more statesmanlike”.

One said he “looks the part” and “can ask a good question” due to his barrister background, though another said she thought “here we go again” when she first hear him speak. Two voters talked about their view of him as a “millionaire”.

Most of the criticism of Starmer was around his approach to opposition during the pandemic, with voters saying he was “very argumentative” and “had the benefit of hindsight”. Boris Johnson’s key line of attack on Starmer, ‘Captain Hindsight’, often comes through in focus groups.

“Keir Starmer was the same as anybody else and I had no faith in him.”

Find out what the Times Radio Focus Group thinks of the leader of the Labour Party.