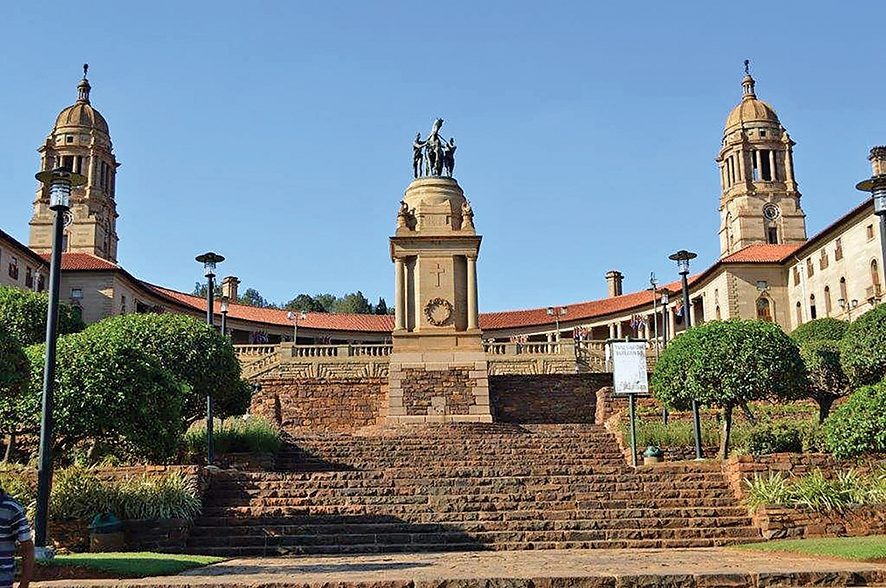 Three unnamed people were detained at the Union Buildings after they gained entry last Thursday and demanded to speak to President Cyril Ramaphosa before they allegedly threatened to bomb the premises.

It has emerged that a confrontation ensured between the still unidentified men and the members of the South African Police Service, who are stationed at the Union Buildings.

One of the three men threatening to bomb the building that houses the offices of Ramaphosa and his deputy, David Mabuza.

The Sunday World understands that as an argument ensued between the police and the three men, one of the panic-stricken officers called the nearby Sunnyside police station, which escalated the matter to the national office.

The matter was treated as a bomb threat.

It is understood that the SAPS top brass dispatched Captain Ingrid Simons of the Crime Against the State unit to attend to the matter.

Simons was part of the police team that interviewed the three at the police station.

According to a security source with knowledge of the case, the three arrived in a Toyota Fortuner at about 8am.

“Three people came in a car during the day. They claimed that they were part of the burning of parliament, which is not true. They said they wanted to bomb the place and that’s when we arrested them,” the source said.

The insider added that they were questioned and later released “without a case registered”.

Those close to the president said the release of the three men without opening a case made the security cluster of the country look weak and, by extension, Ramaphosa.

A source close to the president said the incident also made it seem there was easy access to the national key points and that they could be accessed in the same way Zandile Mafe is alleged to have done before gutting parliament in early January. The state alleges Mafe has confessed to the crime.

The prosecutors said Mafe wanted to prevent the state of the nation address from taking place and demanded Ramaphosa’s resignation.

The incident at the Union Buildings also came after a homeless man reportedly entered the headquarters of the State Security Agency illegally.

There have been growing concerns about Ramaphosa’s safety after a power failure during the gala dinner of the ANC at the Protea’s Ranch Hotel outside Polokwane recently.

Ramaphosa and Mabuza had to be whisked away after they stayed for about 15 minutes in darkness.

Delivering the party’s 110th birthday message, Ramaphosa said the democratic gains were being threatened by a concerted effort to destroy the institutions of the democratic state, erode the values of the constitution and to undo the social and economic progress made.

Speaking at the same event, SACP general secretary Blade Nzimande said there was a link between the July unrest of last year and the burning of parliament.

It is understood that Ramaphosa’s inner circle is worried that the release without pressing criminal charges of the three people has sent a wrong message to those targeting state institutions.

“Investigations around the individuals, as to what their intentions were, are being conducted.

It is believed they were there allegedly to demand that the president step down,” she said.