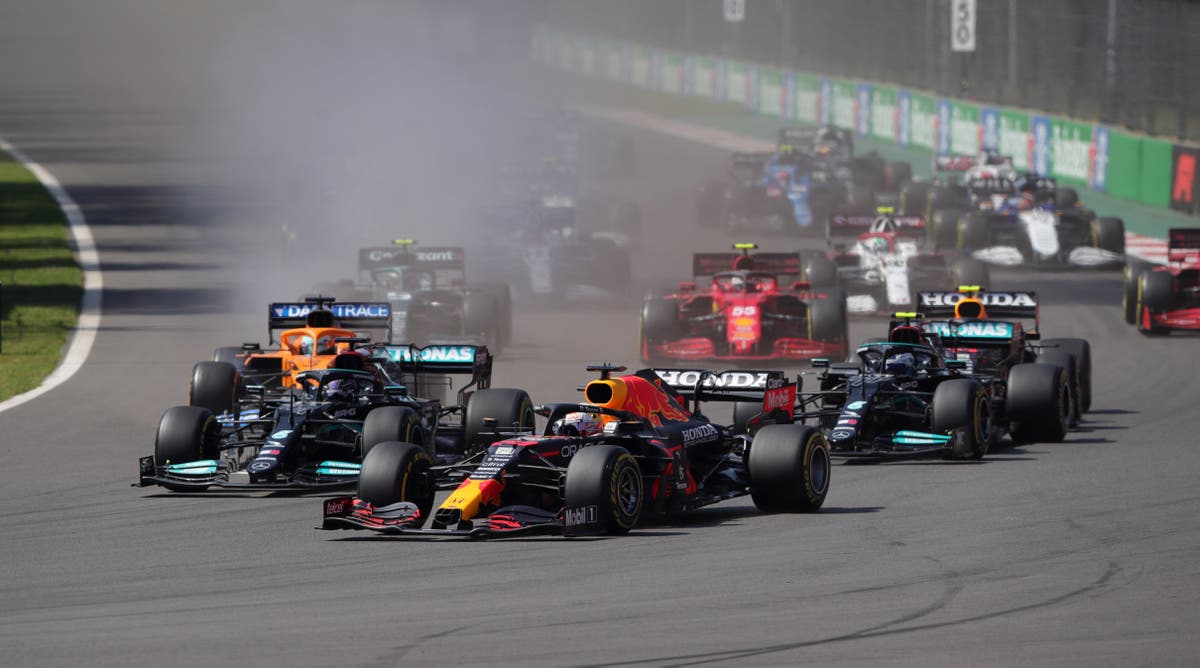 Formula One is in Mexico for another huge race to the world title.

The Autodromo Hermanos Rodriguez was meant to be a big Red Bull circuit yet the Mercs locked out the front row in qualifying with Valtteri Bottas on pole.

Home favourite Sergio Perez will hope to make an impact from fourth on the grid, while Pierre Gasly starts fifth and is in the mix with Honda power as well for the long drag down to Turn 1 off the start.

Red Bull are also out to hunt down Mercedes in the Constructors’ Championship, which the Brackley crew lead by 23 points.

With lights out at 7pm GMT, join us for all the latest updates from Mexico City…

Lap 21/71: In fourth, five seconds ahead of Leclerc and ten behind Perez, Gasly is getting settled into a very boring yet very productive race.

Lap 19/71: Perez told “plan B” over team radio, perhaps a two-stopper to lure Hamilton into protecting second, rather than looking ahead to Verstappen? Red Bull have the leverage.

Midfield pit stops coming thick and fast, for those starting on the Soft tyre. Ricciardo and Bottas have jumped to 11th and 12th, having both pitted, in that – ahead of Russell, Giovinazzi and Co.

No pit stops expected from the frontrunners for about ten laps. Any strategy magic from the Mercs may also be held back by Perez, who is close enough to steal second if a plan backfires.

The Mexican tells Red Bull his tyres are getting “better”…

Lap 14/71: Stroll pits and holds off Latifi for 17th as he looks for some life in his race.

Hamilton now 4.6 seconds off Verstappen. Ominous, but there is a long way to go and maybe, just maybe, Mercedes have an answer.

Lap 13/71: A whopping 372,000 fans have come through the door over this weekend. The Mexicans always do themselves proud in F1.

Lap 11/71: Time check up top – Verstappen is putting half a second on Hamilton every lap, with the gap now at 3.2 seconds after a fastest lap.

But it’s not all bad for Mercedes, Hamilton has a further three seconds on Perez.

Lap 10/71: Looking good for Ferrari with no McLarens in the points, and fifth and sixth under wraps for Leclerc and Sainz.

Russell meanwhile is fighting Alonso for tenth after losing out to Raikkonen.

He was talking about Verstappen, for the record.

Lap 7/71: Stroll almost collects Ricciardo at Turn 4 before getting the job done following a trip across the grass, that’s for 16th.

Verstappen has 2.1 seconds over Hamilton.