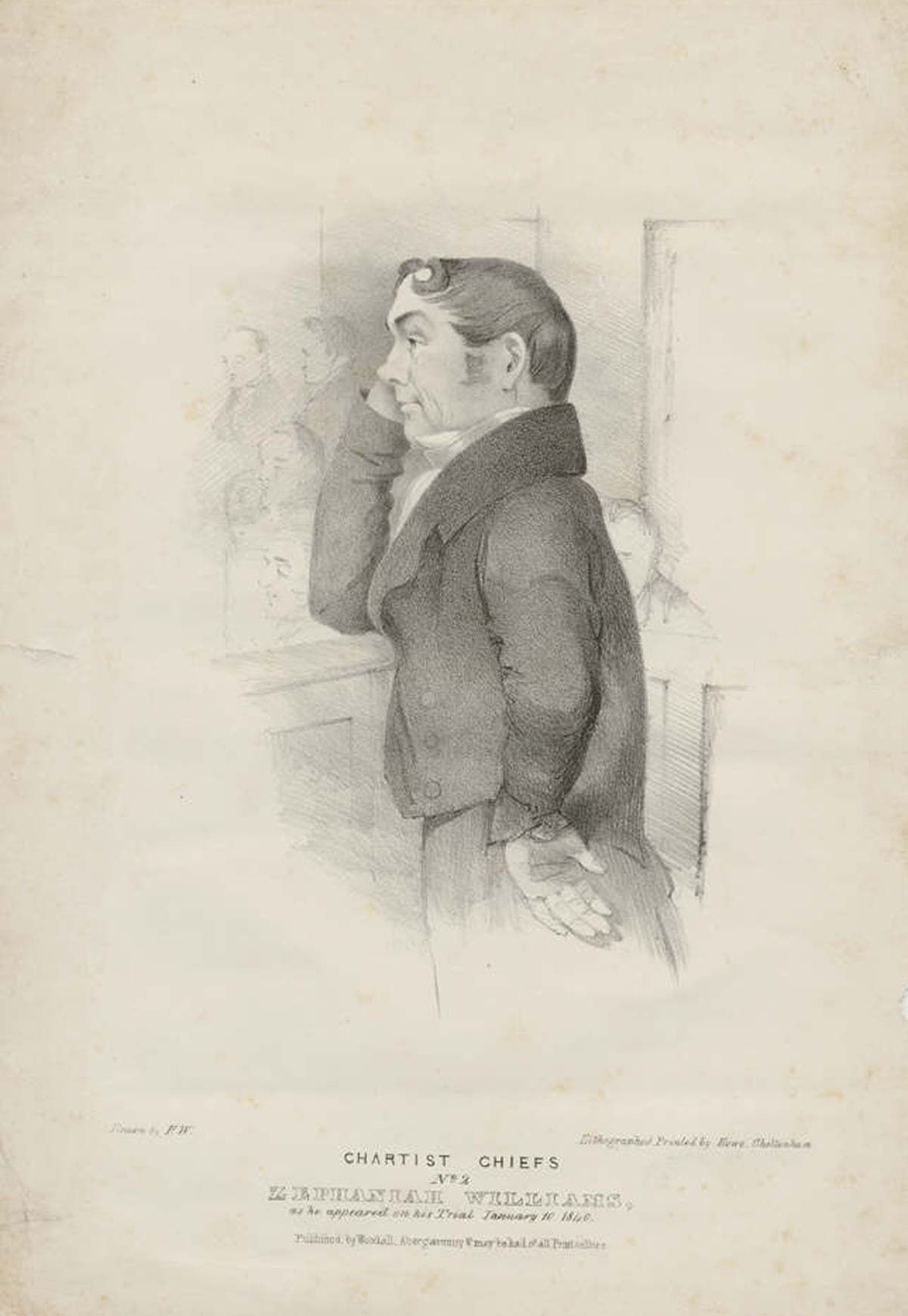 itness testimonies from the last large-scale armed protest in the UK have been unearthed after nearly 200 years.

In 1839 around 4,000 Chartists marched on Newport in Gwent demanding democracy and the right to vote in a secret ballot.

In what became known as the Newport Rising, armed soldiers fired on the crowd, killing 22 demonstrators and injuring dozens more.

The leaders of the march were convicted of treason and were sentenced to be hanged, drawn and quartered. The sentence was later commuted to transportation.

Transcripts of witness testimonies to the battle were used in court during the Chartist Trials.

They have been unearthed by Archives Wales and until recently were archived in their original, illegible form between the Newport Reference Library and Gwent Archives.

The statements have been transcribed by volunteers from the Gwent Archives as part of a project with the National Library of Wales and the National Lottery Heritage Fund.

They detail the battle that took place on November 4 1839, when thousands of men marched from the Monmouthshire valleys to Newport’s Westgate Hotel in an attempt to secure the release of five of their number who were being held under arrest at the hotel.

Records show that the march was led by John Frost, Zephaniah Williams and William Jones, and when the Chartists arrived at the Westgate Hotel, they were faced with 500 special constables and soldiers from the 45th Regiment.

Thomas Hawkins, a tin plate manufacturer from Bassaleg, wrote: “I witnessed the effect of the attack on the Westgate Inn, I saw nine dead bodies lying in the stables belonging to and adjoining the Westgate Inn.

“I saw the mayor on a bed in the Westgate Inn, he had been wounded and when I saw him his linen was covered with blood.”

Alfred Tibbs, a clerk from Newport, said: “I saw a great number of men in – my estimation about 5,000 men coming down – Stow Hill.

“All that I saw were armed, some with pikes, some with guns and other weapons.

“I saw one person fall from a shot fired at him thro the window. I saw altogether I think nine dead bodies in the Westgate and outside.

The testimonies are held online at the People’s Collection Wales and provide a unique insight into Welsh valley communities and the Chartist campaign for democratic reform.

They have been shared as part of Explore Your Archive week, organised by the UK Archives and Records Association.

Rhiannon Phillips, who works at the Gwent Archives, said: “This year, we will be highlighting these extensive witness testimonies from the Chartist Uprising of 1839.

“Other items highlighted this year include the Survey of the Barony of Abergavenny from 1821 and a message in a bottle found in the foundations of the Penallt War Memorial.”