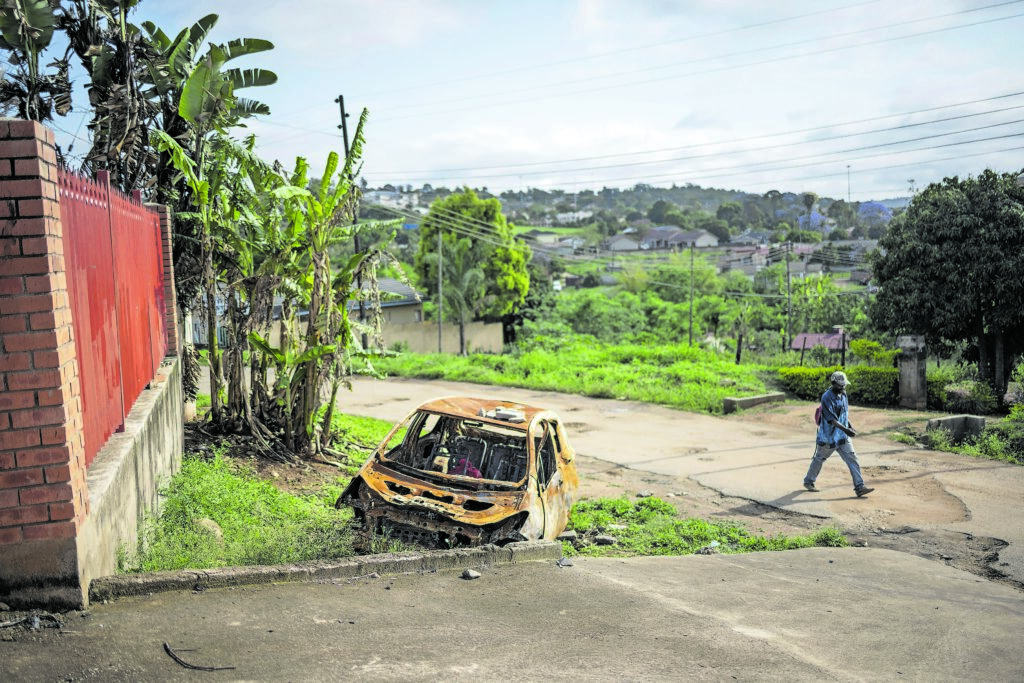 What started as a protest to demand justice for Thabani Nkomonye, a university law student who was allegedly killed by the police in Eswatini, has grown into a series of demonstrations demanding the fall of King Mswati.

Swaziland News reported that Nkomonye’s body was found dumped at Nhlambeni, a few kilometres from Manzini. The police had earlier reported him missing but a family member spotted his car hidden at the Matsapha police station and alerted journalists.

Subsequent to a series of protests by the youth, particularly university students, pro-democracy members of parliament Mduduzi Bacede Mabuza, Mthandeni Dube and Mduduzi Magawugawu Simelane raised the issue in the legislature. They demanded democratic reforms, saying the challenges facing the country were political and a result of poor leadership.

But King Mswati responded by unleashing soldiers and the police on protesting civilians, and further ordered the arrest of the pro-democracy MPs, adding fuel to the protests which evolved into political unrest.

The incarcerated MPs were disheartened and angered by the abuse of state institutions in persecuting and victimising them for merely advancing the interests of their constituencies and Swazi citizens in general, their attorney, Sicelo Mngomezulu, said.

“The call they’ve made for democratic reforms, which would result in the direct election by the Swazi electorate of an executive headed by a prime minister, is a legitimate aspiration of the people of Swaziland. The MPs have advocated for these reforms through constitutional and peaceful means,” Mngomezulu said.

“They’ve not committed any acts of terrorism and sedition and therefore their incarceration is unlawful and their prosecution is obviously malicious and regrettable,” he said, adding that the legislators were determined to see to it that democracy came to Eswatini.

Mswati rules Eswatini as an absolute monarch, with political parties banned from participating in elections, and citizens who are critical of the king and the government are often thrown behind bars on politically motivated criminal charges, critics say. The king exercises executive, judicial and legislative power and appoints the prime minister, ministers and judges, as well as a majority of senators and all members of various governing councils.

The protests in the kingdom  were triggered by a generation of youth who were neglected by Mswati’s government, said Wandile Dludlu, the secretary general of the People’s United Democratic Movement.

“This has slowly but surely built over the last two decades to breed the largest ‘I have nothing to lose’ generation of youth who truly feel neglected, rejected and totally absent in the entire economic, social and political life of the monarchial funfair and dinner table,” Dludlu said.

The small African country’s Human Rights Commission released a preliminary report suggesting that 46 people had been killed in the unrest, but political parties and civil society groups say they have evidence pointing to more than 100 people being killed, with more than 70 already identified.

Human rights commissioner Sabelo Masuku told the Mail & Guardian that the findings were merely a preliminary verification to establish facts, and not necessarily a full report.

“We did a preliminary verification to establish if indeed people were shot or not and the findings suggest that people were shot. We wanted to have verified data on the ground after so many different claims on who was arrested, who was injured and who died. So we wanted to do that verification as a preliminary, the report is just a confirmation to say: it has happened,” Masuku said.

“We are now expecting the government machinery to take this to the next stages of doing a detailed investigation.”

Victims of the political unrest, including some who are disabled, have accused Mswati’s government of dumping them without health-care and compensation.

One such victim is Madzabudzabu Kunene, who was shot by police and is now the acting chairperson of the newly formed Swaziland Massacre Victims and Survivors Association.

Kunene told the M&G that the association sought to take care of the victims of the political unrest and escalate the demand for justice on behalf of those who were killed and the survivors.

“The association will assist victims and survivors improve their lives. For now we are collecting the data so that we can know the real figures because under the current situation others are walking with bullets inside their bodies and they are afraid to come out in fear of being arrested or killed,” he said.

Various political parties, grouped together into the Political Parties Assembly, and civil society organisations have come together to form a multi-stakeholder forum which, with the help of the Letfu Sonkhe Institute for Strategic Thinking and Development is drafting terms of reference for a dialogue facilitated by the Southern African Development Community’s (SADC) troika on politics, defence and security.

This comes after troika chairperson and South African President Cyril Ramaphosa met with Mswati to try to find a solution to the political conflict. Earlier this month, leaders of political parties and civil society organisations met in Boksburg, South Africa to deliberate on the terms of reference for the highly anticipated political dialogue and resolutions to be submitted to Ramaphosa were taken.

Mandla Hlatswako, the chairperson of the Letfu Sonkhe Institute, said delegates unanimously agreed on the terms of the engagement for the SADC-mediated political negotiations.

There was also convergence on reclaiming the streets of Eswatini and mobilising every citizen to take a stand to force change.

“A programme of action was therefore agreed to escalate the campaigns and demands of the people to achieve a multiparty democracy and set up governance institutions that shall operate independently of the institution of the monarchy,” Hlatswako told the M&G. No government spokesperson had responded to questions from the M&G by the time of publication of this report.