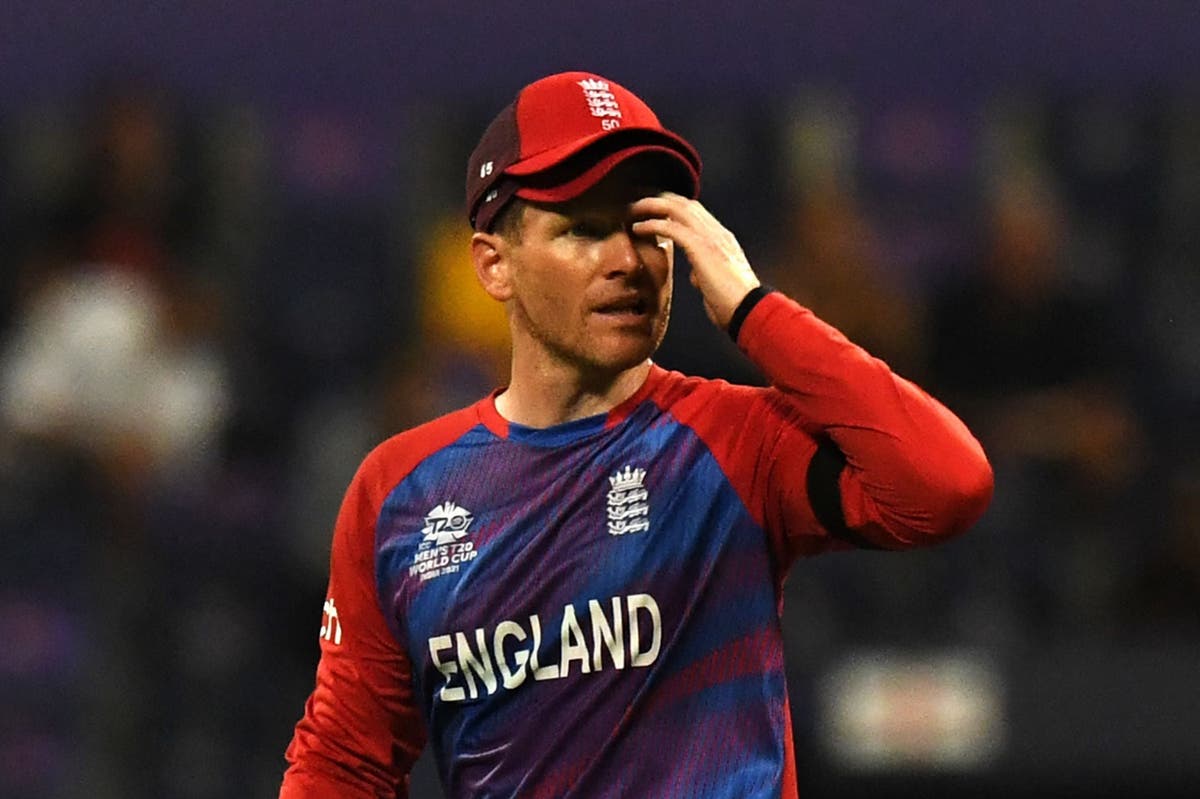 England pipped New Zealand in a tense ODI World Cup final Super Over in 2019 – decided by a rule as arcane as boundary countback – and they have had a number of other memorable meetings in recent years. This time it was New Zealand who came out on top of a classic, thanks to brilliant hitting from Jimmy Neesham and Daryl Mitchell.

Neesham made a game-changing 27 from 11 balls, including taking 23 from Chris Jordan’s third over, while Mitchell carried his bat for 72 from 48 balls, which included outstanding acceleration. Morgan said he “wouldn’t change anything” about his management of his bowlers.

“We’re devastated,” said Morgan. “To be on the wrong side of a close game is not easy to take.

“I thought we fought unbelievably well today on a wicket that didn’t necessarily suit our batting but we managed to post in and around a par score, and we were brilliant with the ball.

“We were right in the game, probably until Jimmy Neesham came to the wicket – if not ahead of the game. Throughout both innings, everybody struggled to clear the ropes on both sides and I think that was just the nature of the pitch. You have to take your hat off to him, he played really well.

“I think the 11 guys that took the field today gave absolutely everything. I’m extremely proud of the performance that they put in.”

Morgan said he planned to stay on as captain.

“Yeah I hope so, I’m still offering enough within the side,” he added. “I absolutely love playing cricket for that changing room. The guys give everything, they’re at the forefront of change on and off the field and we’ve a lot of things to be proud about. I’m incredibly proud to be the leader.”

Morgan played tribute to New Zealand’s performance, singling out Mitchell, who joined his Middlesex side this summer (but did not play alongside the England skipper).

“The competitive nature in which we play the Black Caps is always healthy,” he said. “There’s a huge amount of respect between both sides because we know every time we play them, we’re going to be up against it. They don’t give you a lot of leeway. They’re very disciplined, and if you do win against them, you know you’ve played really well.

“He played really well. I haven’t played with him. I was there in the crossovers and the changing room when he arrived. He’s a lovely guy who has developed a little later than most international cricketers, I’d say, so he’s played a hell of a hand today. He’s played really well against the No1 side in the world and taken his side right to the final. Yeah, well played.”