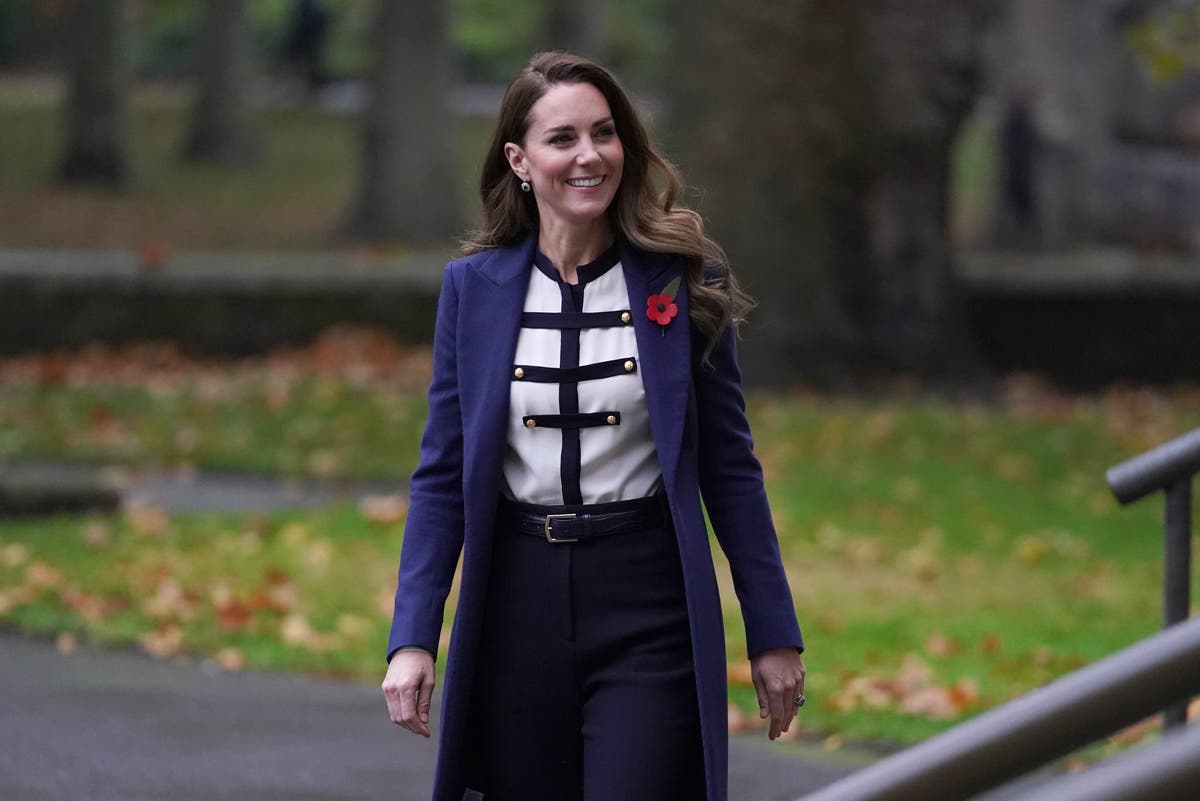 Poignant new galleries tell the story of the Holocaust and the Second World War.

Elegant Kate made the trip to the museum on Wednesday, the day before Armistice Day, where she viewed the Second World War Galleries.

More than 1,500 collection items from 80 countries which bring to life how the conflict impacted people have been showcased.

Also, the duchess had the chance to see the new Holocaust Galleries which bring to life some of the stories of the six million Jewish people who were murdered in the Holocaust.

The duchess was also reunited with Steven Frank and Yvonne Bernstein after she had the opportunity to photograph them with their granddaughters for the exhibition.

The portraits taken last year marked 75 years since the end of the Holocaust.

Kate made a stylish appearance in clothes recycled from her wardrobe including a navy Catherine Walker coat and Alexander McQueen shirt which she wore more than a decade ago.