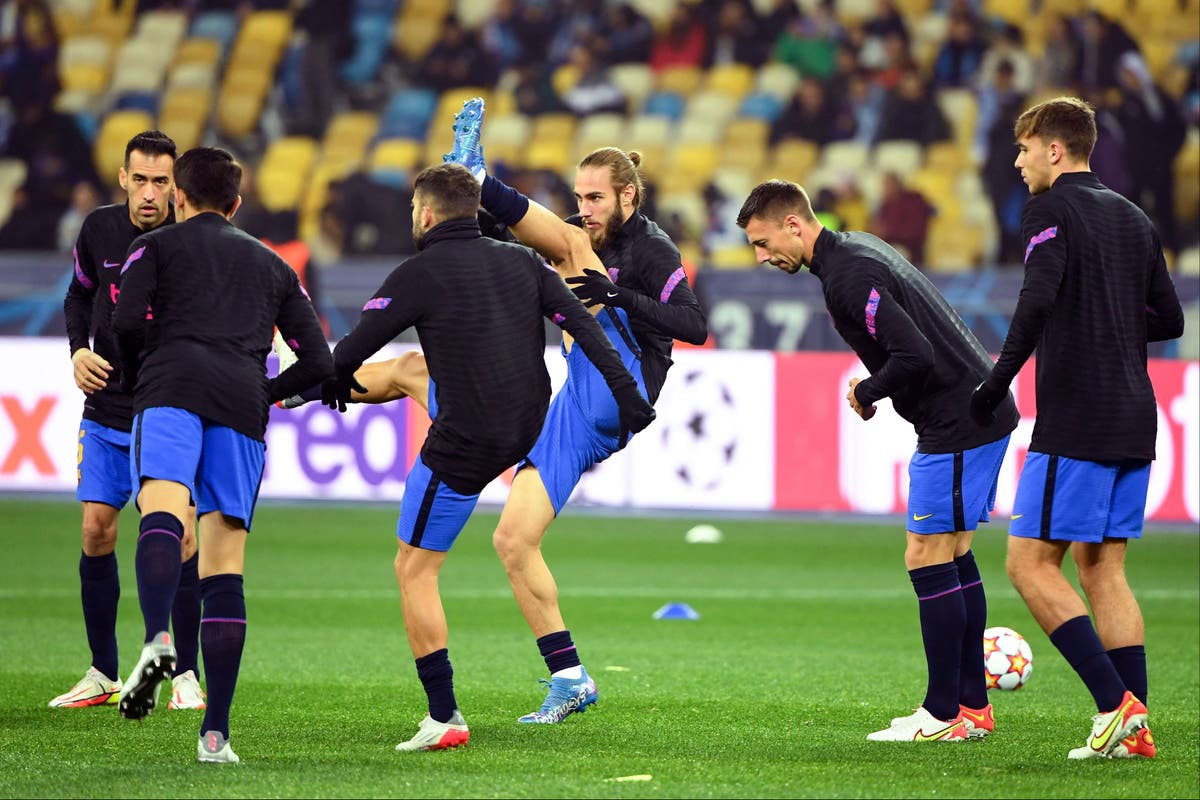 Barcelona sit third in Group E after a troubling start to the season, and that alongside their poor domestic form has cost Ronald Koeman his job.

The 1-0 win at home against Dynamo Kiev in Koeman’s final Champions League match in charge at least got the Spanish side off the mark in Europe for the season, but they are six points behind Bayern Munich already.

Life under interim manager Sergi Barjuan got off to an inauspicious start over the weekend, with a 1-1 draw at home to Alaves.

Barcelona travel to Ukraine needing to find some form quickly to keep their hopes of qualifying for the knockout stages alive.

Dynamo Kiev held Benfica to a goalless draw at home earlier in the group stage, and have the potential to provide another tough test for an injury-hit Barcelona side.

With kick-off at 8pm GMT, follow all the action with with Standard Sport’s LIVE blog!

11 mins: Depay stands over a free-kick and floats his cross tamely into the goalkeeper’s chest.

8 mins: Referee Ovidiu Hategan is the latest to get involved in an attack, stopping play for a drop ball in the Kiev half.

Busquets takes the chance to launch a lovely ball out wide right and the cross almost lands for Fati.

6 mins: A calculated start from the visitors, not over exerting themselves off the ball and happy to work in tight areas on it.

Depay almost breaks the deadlock but for a great last-ditch block.

2 mins: Jeers from around the Olympic Stadium as the visitors settle into some passing moves about 35 yards from the Kiev goal.

TV channel: The match will be broadcast live on BT Sport 3.

Live stream: BT Sport subscribers will also be able to watch the game online either on their website or through the BT Sport app.

A reminder of the Barcelona XI:

Here’s what happened in the reverse fixture…