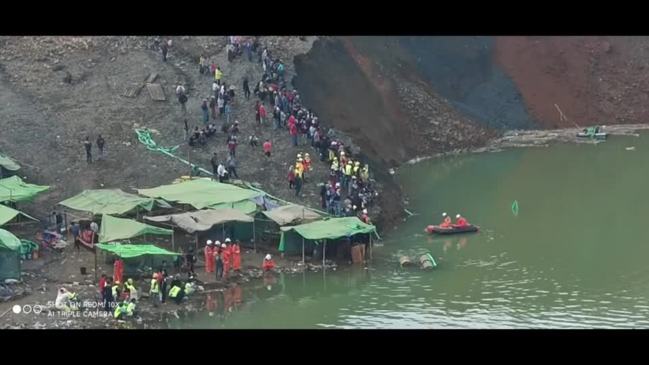 At least 80 people were missing, and one person confirmed dead, following a landslide in a jade-mining area in Myanmar’s Kachin state on December 22, RFA reported. The landslide occurred near the village of Thayar Gone in the Hpakant township at around 4 am, the report said. These photographs were published by the Myanmar Fire Services Department, and show emergency crews responding to the scene. Credit: Myanmar Fire Services Department via Storyful