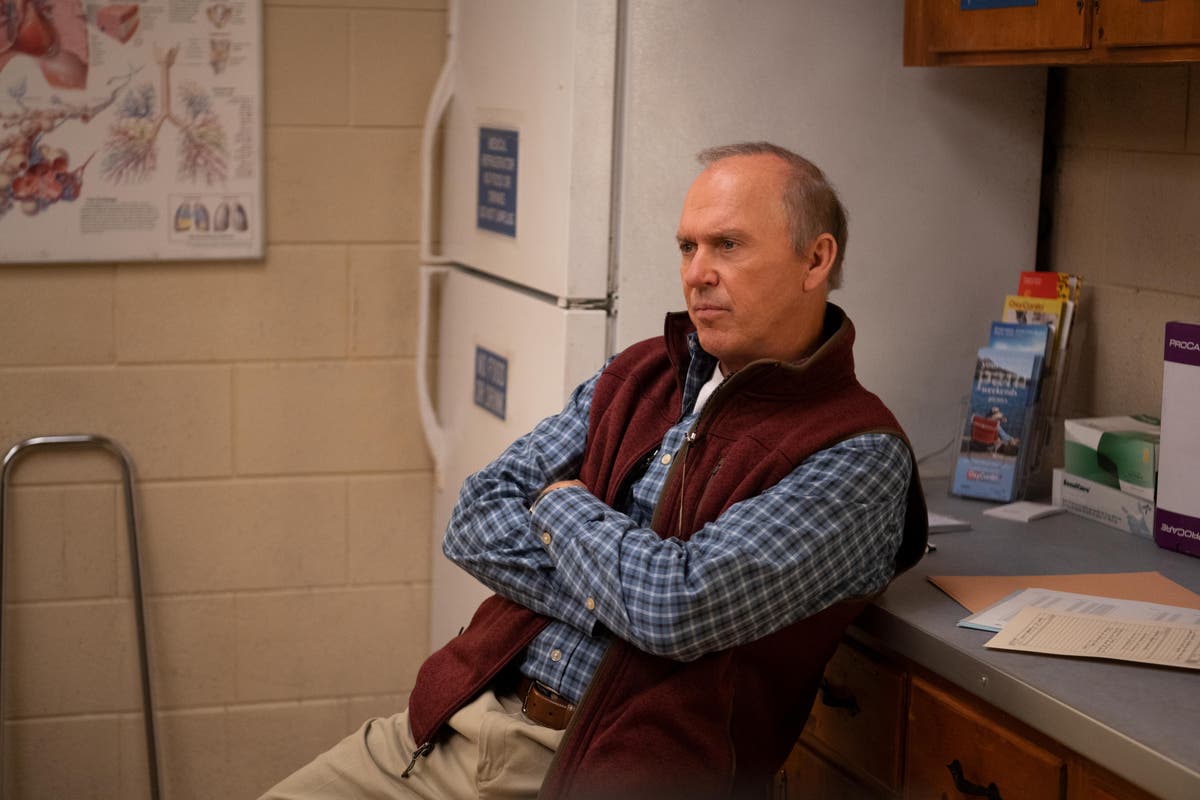 Review at a glance

ased on the bestselling book by journalist Beth Macy, Dopesick attempts to grapple with America’s opioid epidemic. It’s a huge subject, and one which creator Danny Strong has opted to broach from multiple angles, across several timelines, using a blend of real-life and fictionalised figures, over the course of eight episodes. The result is a sprawling drama that is hard-hitting and rightfully angry in places, but frustratingly muddled and heavy-handed elsewhere.

In 1986, Purdue Pharma’s Richard Sackler (Michael Stuhlbarg) meets with family members (also Purdue shareholders) to discuss the launch of a new drug, OxyContin, which has been “specifically designed to treat moderate pain for long term use.”

This was a new and lucrative pharmaceutical market. Doctors had always been wary of prescribing opioids for long-term or chronic pain because of the risk of addiction. Theoretically, OxyContin’s protective casing would limit the absorption of the drug across a 12-hour period; therefore the risk of addiction, the company claimed, stood at less than one percent.

Flash forward nearly two decades to 2005 and doctor Samuel Finnix (Michael Keaton) gives testimony to a grand jury hearing, attempting to sum up how OxyContin impacted the patients in his small Virginian mining town. After a series of painful pauses, he manages to tell prosecutors: “I can’t believe how many of them are dead now.”

Keaton’s character soon becomes Dopesick’s emotional core as we leap back into his past (like all of the show’s temporal lurches, this jump is signposted by a graphic that is too unclear to be useful). He is the sort of doctor who has treated many of his patients – including Kaitlyn Dever’s closeted mine worker Betsy, who is saving up to move away with her girlfriend – since birth.

When he is introduced to this new “wonder drug” by sales rep Billy (Will Poulter), he is skeptical. But Billy has been primed by his superiors to push the “basically non-addictive” line, and it’s an effective tactic: after Betsy injures her back in a work accident, Finnix prescribes OxyContin and, through his increasingly paternal friendship with Billy (who, unlike many of his colleagues, is written so as to have a shred or so of conscience) inadvertently gets drawn into Purdue’s promotional apparatus, attending conferences about “pain management” at fancy hotels.

Dopesick is at its best when it is exploring the awful human impact of this drug epidemic through this trio of characters; it’s also grimly fascinating to see how medical attitudes to opioids could change so drastically over a period of just a few years. The language used to describe pain alters dramatically too (“breakthrough pain” and “individualising the dose” become Oxy-related buzzwords).

A separate storyline, taking place in the mid-Noughties, makes an effective, if routine, legal procedural. A pair of US attorneys ( Peter Sarsgaard and John Hoogenakker) are looking into a wave of Oxy-related crime in Virginia; their investigation prompts them to uncover Purdue’s marketing tactics, including the creation of an unprecedented FDA label which stated that the drug was less addictive than other opioids.

Their work overlaps with that of Drug Enforcement Administration agent Bridget Meyer (Rosario Dawson), whose story plays out in a separate timeline. Hers is a composite character, and feels underwritten; there is a baffling emphasis on the breakdown of her marriage which adds very little to an already overstretched plot.

The weakest strand, though, deals with Richard Sackler and his family. The former is characterised as a creepily-voiced Bond villain type, with the grandiose mission statements to match (“Now we’re going to cure the world of its pain!”) while scenes depicting board meetings play out like a knock-off Succession, devoid of the humour.

Drawing attention to this ongoing crisis is a laudable mission, and there is more than enough material for a compelling series here, but that material keeps getting buried under mountains of exposition and unnecessarily labyrinthine timelines. Dopesick would certainly benefit from a narrowing of focus. As it is, the confused structure risks deadening the impact of its more powerful moments.

Dopesick is on Disney+ from November 12