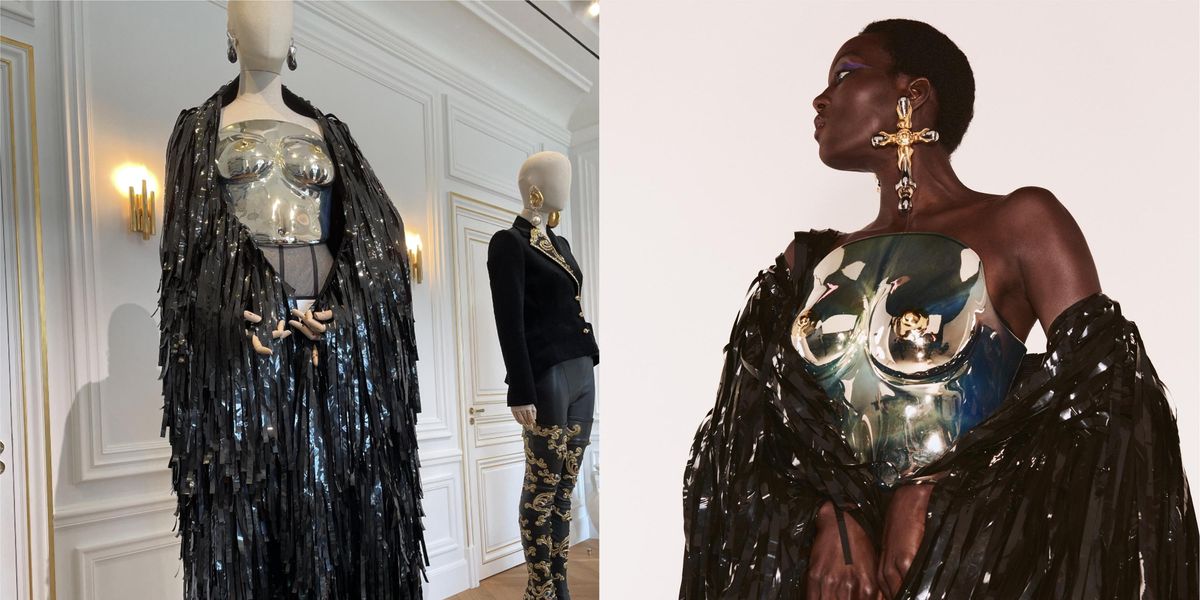 Trashy couture is in — trucker hats, bedazzled denim, and destroyed clothes are all the rage at the moment. For Schiaparelli Creative Director Daniel Roseberry, his love for garbage garments is a bit more literal.

For the season finale of K11 Original Masters couture webinar, the American designer sat down with Carine Roitfeld and Adrian Cheng to discuss the legacy of the brand. While examining founder Elsa Schiaparelli’s love of the absurd and mundane (she had peanut-shaped gold buttons on a garment!) Roseberry broke down some of his favorite looks he created throughout his tenure.

Notably, the American designer recalled a piece from the house’s recent Fall 2021 Haute Couture collection: a silver breastplate adorned by a metallic black fringe coat constructed of industrial-strength waste bags cut into ribbons and knit into a pure silk base. You heard that right—you too, can attempt a look using materials from your local bodega’s cleaning supply aisle.

As part of the evolving nature of the brand, Roseberry has walked the fine line between elegance and camp, something he told Roitfeld and Cheng during the conversation. It’s hard to create something irreverent that doesn’t cross over into cheesy territory, co-host Roitfeld said. For Roseberry, his direction so far has been documented by viral moments on social media that the girls eat up like biscuits at dinner: Bella Hadid’s lung dress, Cardi B’s Paris Fashion Week looks, and Lady Gaga’s inauguration gown.

“I think going through the process of savoir-faire and the time that it takes is such an escape from the world in which we live too, so you start to feel, also in the midst of COVID, in the midst of everything, that there is a real joy and a real escapism to the actual making of the collection,” Roseberry said.

Indeed, since 2018, Roseberry has invigorated the nearly century-old house with a modern sense of artistry and savoir-faire, something that will no-doubt continue in the years to come. You can watch the full interview in the video, below.