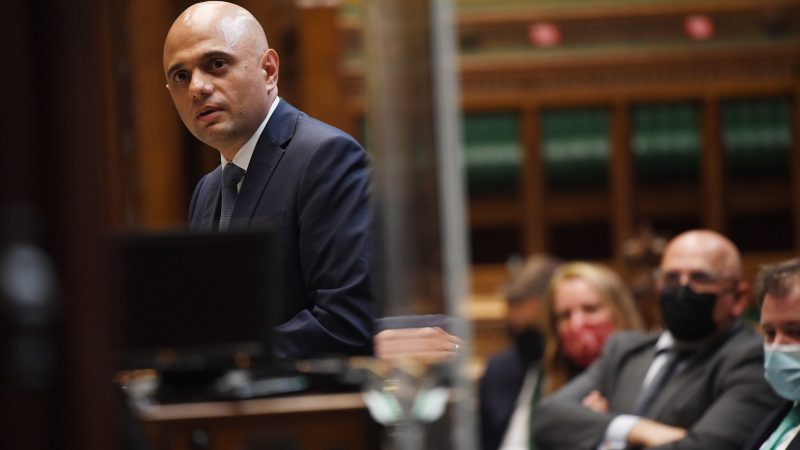 Daily new Covid cases could reach 100,000, Sajid Javid has warned. The seven-day average is currently 38,000. “This pandemic is not over” and “we’ll be staying vigilant”, the Health Secretary declared at the coronavirus press conference yesterday. But keeping an eye on things is the extent of it: he confirmed that ‘plan B’ – which refers to compulsory face masks and working from home, rather than any form of lockdown – was not being implemented “at this time”. It sounded a lot like plan B is on its way, though, and the confirmation this morning that there exists a ‘plan C’ (limits on household mixing) supports that suspicion even if it is not being “actively considered”.

At the moment, what we are being encouraged to do is get jabbed – and we are being alerted of the potential consequences if we fail to do so. Except right now eligibility is limited: you must be over 50 or clinically vulnerable and it needs to be more than six months since your last jab. There appears to be good uptake among those eligible for a third dose or booster, it’s just that many have not been invited yet and/or have not been able to book it via the system. Plus, a shortage of school nurses is slowing down the rollout for 12- to 15-year-olds.

Unlike the British Medical Association, Tony Blair or Richard Burgon on LabourList, the Labour leadership has not called for a ‘plan B’ yet, but instead urged the government to accelerate the vaccination programmes and to “be clear about what levels of hospitalisations and infections would trigger plan B”. The “mixed messaging” criticism has been made again. Javid didn’t help when he said it was a “very fair point” to highlight that Tory MPs are unmasked on the crowded green benches, but his junior minister today said MPs could “reach their own views” on face coverings… while telling the public to wear them in crowded and enclosed spaces.

In Labour news, it has been reported by Sky’s Sam Coates that some Labour MPs are planning to exclude Jeremy Corbyn permanently from the parliamentary party. “They want to change Labour standing orders to allow MPs to decide Corbyn’s future. Then vote him out,” Coates tweeted. The scheme is a little baffling as MPs already have the power to ‘vote him out’: PLP standing orders state that exclusion can be decided by a meeting of MPs. Perhaps the concern is that the motion would first have to go through the parliamentary committee. But any change to standing orders must be approved by Labour’s national executive committee anyway. If the aim really is to “spare Starmer from having to ‘own’ any decision”, as reported, then it is an unrealistic one.
Sign up to LabourList’s morning email for everything Labour, every weekday morning.