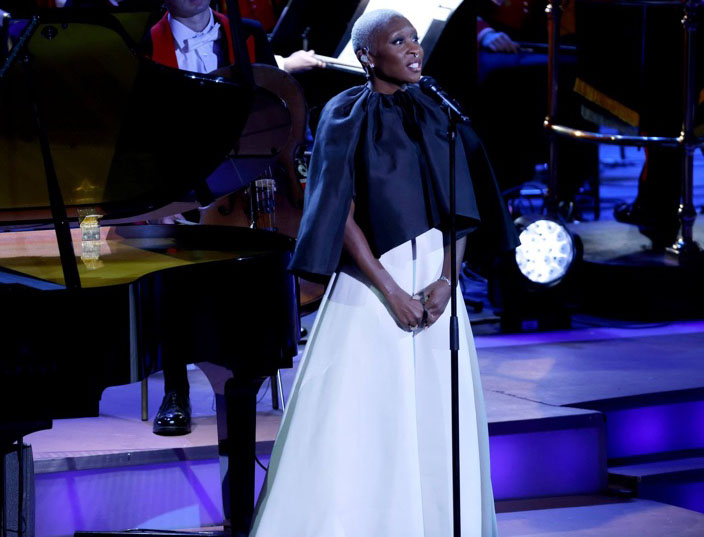 Cynthia Erivo performed at the ‘Festival of Remembrance’ which was held at the Royal Albert Hall in London on Saturday (November 13).

On what was an event to honour armed forces members who have died in the line of duty, Cynthia ensured her performance paid respect to the occasion.

You can never go wrong with black and white.

The Royal Albert Hall is a grand arena, and both her performance of her own song, ‘You’re Not Here,’ which provided a welcome moment of sad reflectiveness, and choice of dress lived up to the moment.