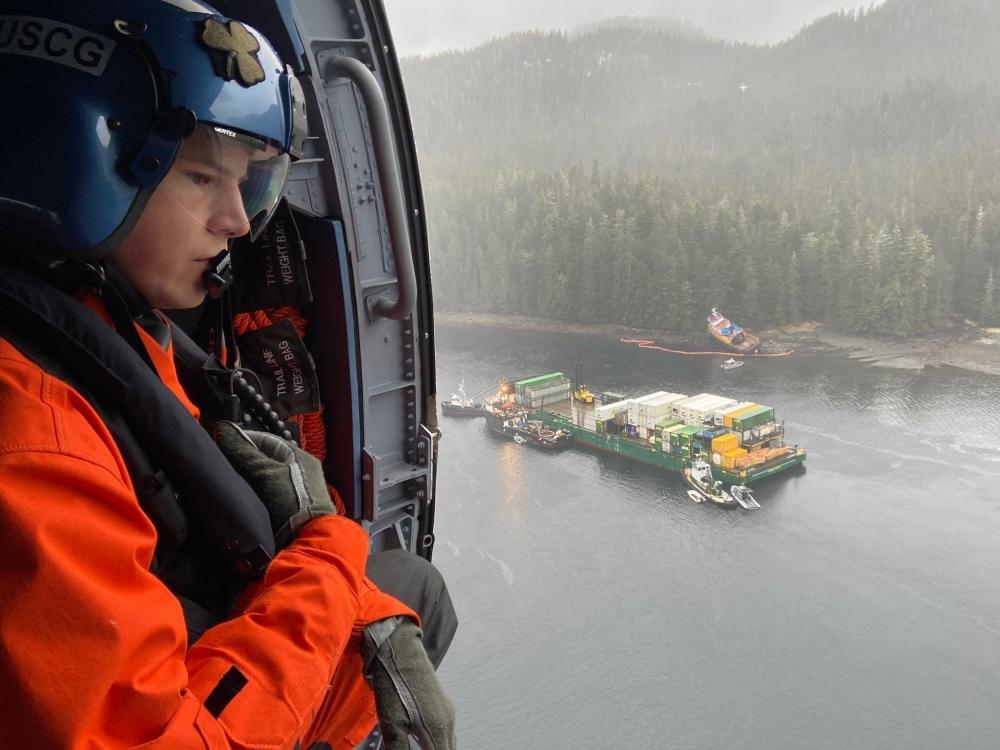 Salvagers try to include a diesel gasoline spill after an 83-foot tugboat ran aground in Neva Strait early Monday morning whereas towing an Alaska Marine Lines barge.

Four crew members have been aboard the Western Mariner when it ran aground shortly earlier than 3 a.m. Monday, about 15 miles northwest of Sitka. All have been safely taken aboard a Good Samaritan vessel.

The Western Mariner was towing the Chichagof Provider, a 286-foot container barge. According to a state of affairs report from the Alaska Department of Environmental Conservation, the Western Mariner was heading southbound when a steering failure brought on the barge to collide with the tug, pushing it onto the seashore.

The grounding ruptured one of many tug’s gasoline tanks, which may maintain round 13,000 gallons of diesel gasoline. The DEC says {that a} sheen was noticed on the water protecting an space of round 4 nautical miles, north to Salisbury Sound.

Efforts to dump the gasoline and cease the spill are underway, and containment increase has been positioned to scale back the unfold. The Coast Guard and Alaska Department of Environmental Conservation have arrange a unified command, and the tug’s proprietor, Western Towboat, has retained Sitka-based salvagers Hanson Maritime.

The oil spill response vessel Neka Bay has been mobilized from Juneau, and the Southeast Alaska Petroleum Response Organization has been activated.

The barge has been anchored in Neva Strait exterior of the principle navigation channel.

The DEC says that the reason for the accident stays below investigation. The DEC is coordinating its response with the state Department of Fish & Game, which may doubtlessly maintain a seine opening for herring on March 22 in Hayward Strait, eight miles to the south of the grounded tug.