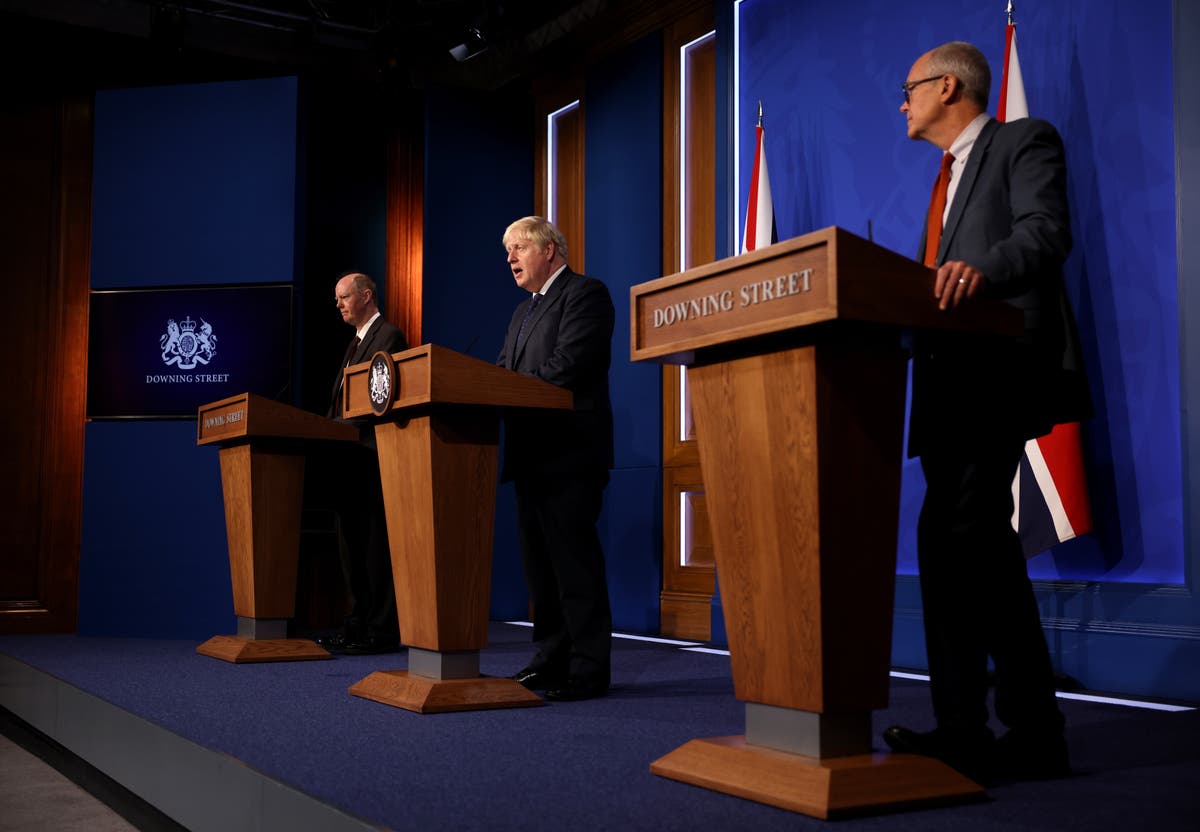 A further 45 deaths within 28 days of a positive test were also reported.

The Prime Minister’s official spokesman said: “It remains the case we would only look to use that if the pressure on the NHS was looking to become unsustainable.”

What is the Government’s Plan A for winter?

He added the Government hopes not to have to implement Plan B.

What is the Government’s Plan B for winter?

The Government has said Plan B “prioritises measures which can help control transmission of the virus while seeking to minimise economic and social impact”.

In addition the Government would also consider asking people to work from home again, if they can, for a limited period.

But it recognised “this causes more disruption and has greater immediate costs to the economy and some businesses than the other Plan B interventions, so a final decision would be made based on the data at the time”.

What is the Government’s Plan C?

Ministers are considering a Covid “Plan C” that would see household mixing banned alongside the reintroduction of advice to work from home and vaccine passports, according to reports.

Officials at the Cabinet Office are understood to be mulling tighter restrictions should “Plan B” fail to bring down hospital admissions, the Daily Telegraph reports.

Under the plans, pubs, restaurants and shops would remain open.