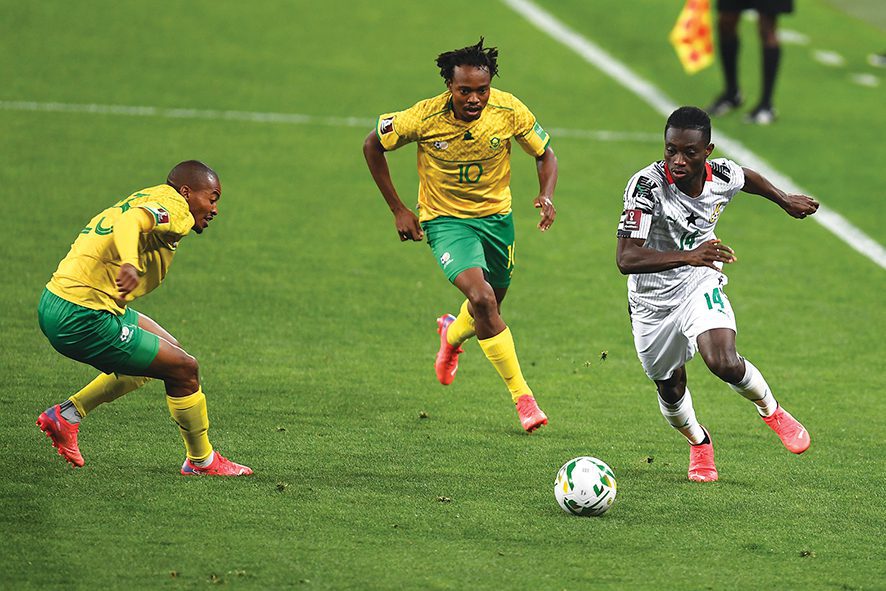 Johannesburg – In the last column of 2021, a period in which the Covid-19 pandemic continued to wreak havoc, disrupting the sporting calendar for the second year in succession, I would like to thank you, dear readers, for your loyalty.

You’ve continued to read and support this newspaper, in its hard copy format vis-à-vis the electronic media and we say, bravo to the loyalists.

First things first, let me take you through the major happenings in Mzansi football, mainly on the political front.

The year began with a controversial matter involving Polokwane City, Sekhukhune and Royal AM over the docking of three points from the former, resulting in a nasty protracted, to-and-fro legal battle for the rights to promotion to the PSL’s top-flight DStv Premiership.

They were wiped out of the face of the PSL arena at the stroke of a pen when owner Max Tshabalala sold the franchise and status of one of the oldest clubs in the country for 30 pieces of silver.

The buyer was Durban-based businesswoman, the detectable, care free Ms, or should I say doctor Shauwn “MaMkhize” Mkhize, a reality TV star conferred with a doctorate by a bogus institution.

The outcome was the promotion of protesters Sekhukhune, the defendant City were found guilty and remain in the lower tier.

What was astounding was the manner in which the PSL finally resolved the matter. MaMkhize was appeased by being given the go-ahead to purchase Celtic.

Against all odds in May, businessman and mining mogul Patrice Motsepe was elected the Confederation of African Football (CAF) president.

The new CAF boss relinquished the running of his club Mamelodi Sundowns, the four-time and reigning Premiership champions, to his son, who at 32 is one of the only two under-35 club heads in SA, the second being the 20-year-old, still wet-behind-the-ears MaMkhize’s son Andile Mpisane.

Same ol’, same ol’ Bafana Bafana as usual, made heavy weather of their qualification for the supreme continental competition, the Africa Cup of Nations in March, leaving every one to do the maths, after losing or drawing matches they should have comfortably won at home.

He was succeeded by 69-year-old Belgian Hugo Broos, whose first words after taking over were: “Bafana are too old.”

Abysmally, his efforts and that of his spring chickens were rewarded with a bizarre penalty decision by Senegalese referee Maguette N’Diaye after he awarded opponent Ghana a dubious winning penalty in the last leg of the qualifiers.

The firing of football coaches is always fascinating.

The most pronounced sacking was that of four-time league championship-winning coach Gavin Hunt.

Also given his marching orders was the likeable Brandon Truter after struggling with Swallows FC.

In closing, allow me to highlight the most pressing issue in SA’s professional league, the PSL’s incompetence in dealing with the matter involving Kaizer Chiefs and their inability to honour fixtures after 36 of their players and technical staff contracted Covid-19.