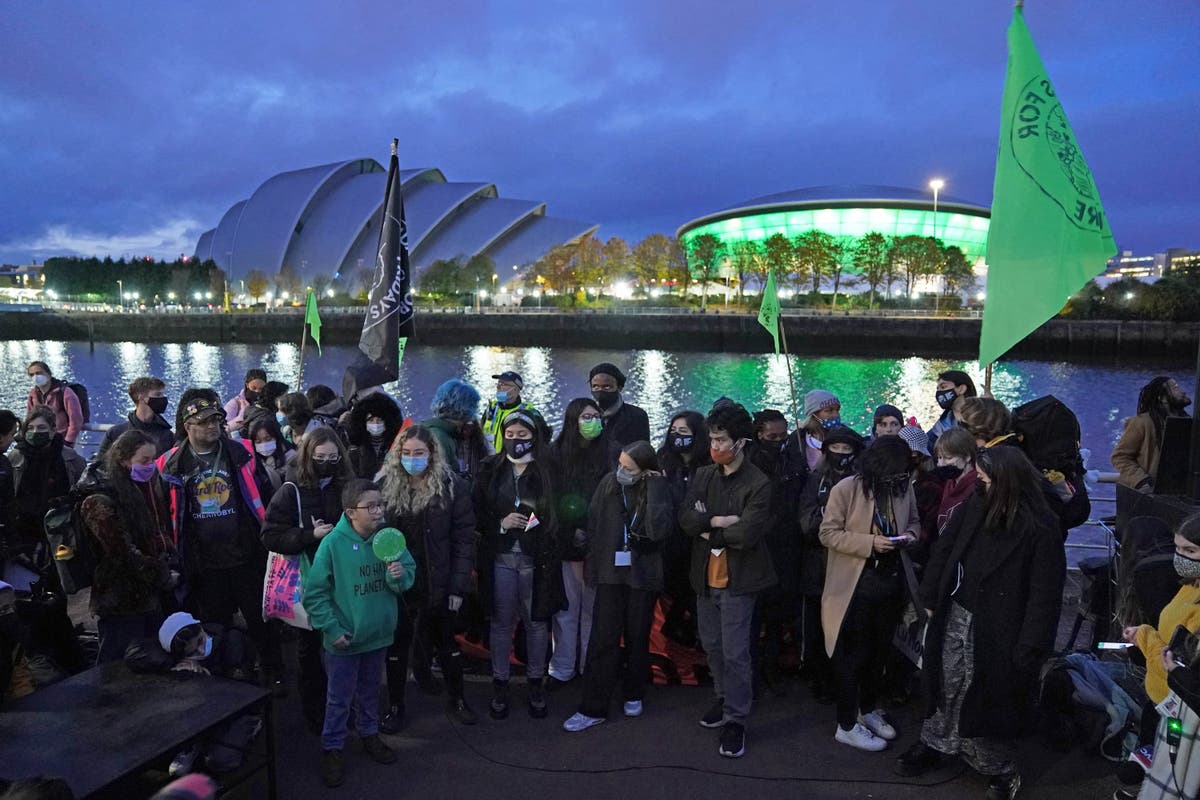 ountries are outlining commitments to curb deforestation and cut methane emissions at Cop26 as part of efforts to drive efforts to tackle the climate crisis.

The announcements come after the Queen issued a rallying cry to world leaders attending Cop26 urging them to work together in “common cause” to tackle climate change and “solve the most insurmountable problems”.

In a video message played during a welcoming reception for presidents and prime ministers, she hoped the summit’s legacy would be that they recognised “the time for words has now moved to the time for action”.

More than 100 world leaders will sign up to a landmark agreement to protect and restore the Earth’s forests, the UK Government has said.

On the second day of the Cop26 climate change summit in Glasgow on Tuesday, leaders covering 85% of the world’s forests will commit to halt and reverse deforestation and land degradation by 2030.

Downing Street said the pledges were backed by £8.75 billion of public funding with a further £5.3 billion in private investment.

The commitment, to be formally announced at an event convened by Boris Johnson has been welcomed by campaigners and experts, in particular the recognition of the role of indigenous people in protecting forests.

The Prime Minister is expected to say: “These great teeming ecosystems, these cathedrals of nature, are the lungs of our planet.

“Forests support communities, livelihoods and food supply, and absorb the carbon we pump into the atmosphere.

“They are essential to our very survival.

“With today’s unprecedented pledges, we will have a chance to end humanity’s long history as nature’s conqueror, and instead become its custodian.”

Meanwhile the US and EU are launching an initiative that aims at driving global efforts to cut emissions of methane, a powerful but relatively short-lived greenhouse gas which comes from sources including fossil fuel extraction and livestock farming, as a significant short-term contribution to climate action.

Dozens of heads of state will take part in the launch of the pledge, which commits countries to cut their emissions of the gas by 30% by 2030.

The announcements are part of efforts at Cop26 in a range of sectors, characterised by Mr Johnson as “coal, cars, cash and trees”, to drive momentum on reducing missions, alongside national plans by countries to cut climate-warming pollution in the next decade.

Current national action plans to curb emissions leave the world way off track to meet global goals to keep temperature rises to “well below” 2C above pre-industrial levels and to aim for a less dangerous 1.5C limit.

Countries at Cop26 are under pressure to keep the 1.5C goal in reach, deliver on climate finance to support poorer nations tackle the crisis, and finalise parts of the global Paris climate treaty.

Cop26 will not close the gap between the action needed and what countries have promised, even with countries such as India bringing forward new commitments on the first day of the talks, so there will also be a push to negotiate a road map to increasing ambition in the next decade.