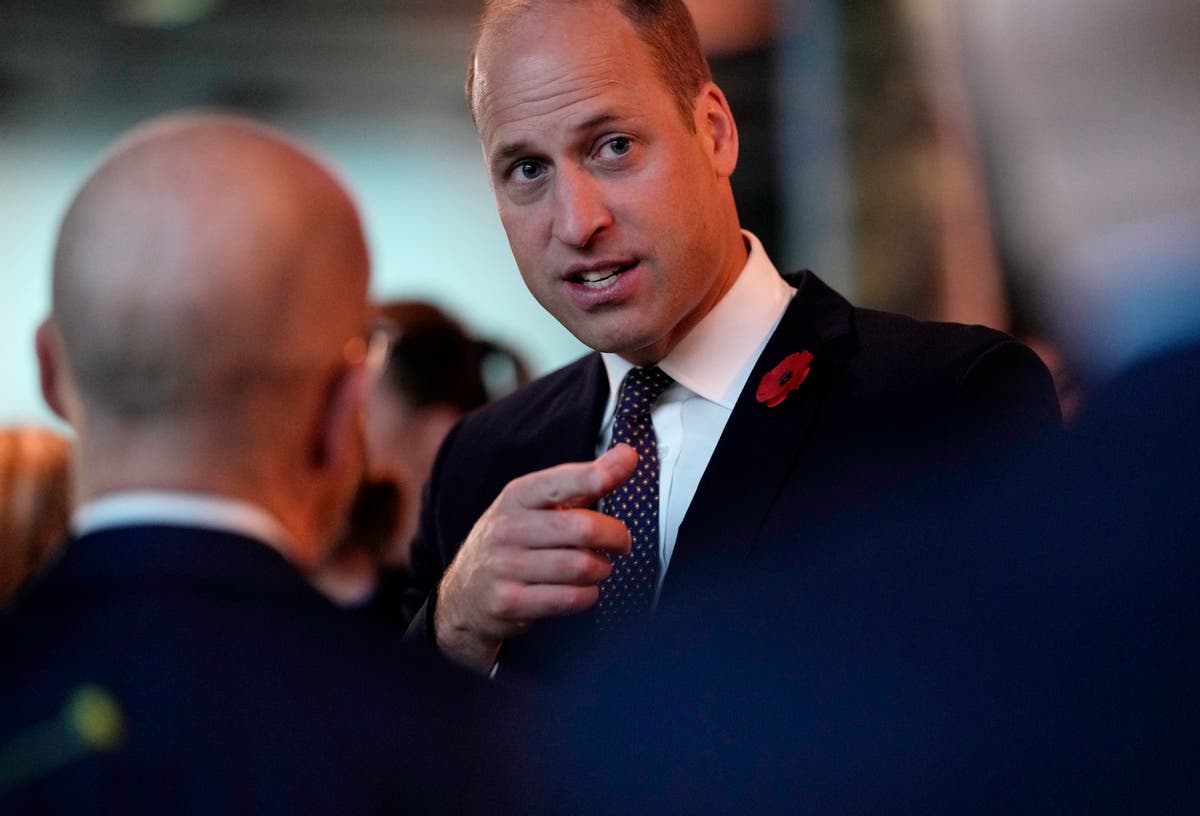 rince William has urged world leaders to make the “impossible, possible” as they engaged in last-ditch talks to strike a landmark COP26 deal.

The Duke of Cambridge stressed the need for people to “think differently” if the battle against global warming is to be put on the path to victory within a decade. He spoke at the climate change summit in Glasgow the day after the Queen’s powerful intervention in which she called on world leaders to act “for our children and our children’s children”.

As hopes were dwindling of a historic COP26 agreement, the Duke delivered a speech challenging world leaders to go further in their efforts to stop catastrophic floods, fires and heatwaves. “If we are to achieve our goal to repair our planet in what is now less than a decade, it is our shared responsibility to continue thinking differently, acting boldly, and making the impossible, possible,” he said.

US President Joe Biden also appealed to world leaders to “seize this moment” with just hours left to thrash out the outline of a major new deal. He put “America back” at the heart of the global community after the isolationist Donald Trump years. Mr Biden was set to lead a roundtable event of political leaders on championing more green infrastructure for developing countries.

“Climate change is already ravaging the world. We know that none of us can escape the worst that’s yet to come if we fail to seize this moment,” Mr Biden tweeted, ahead of launching a wide-ranging US plan to reduce harmful methane emissions.

The COP26 plan was for more than 120 world leaders to agree a broadbrush deal before they fly home this evening, leaving officials and ministers to work out the details over the next 11 days.

However, hopes of a landmark new agreement were fading after India committed to net zero by only 2070. China’s President Xi Jinping, Russian leader Vladimir Putin, Brazilian President Jair Bolsonaro and Turkish leader Recep Tayyip Erdogan were not attending the summit, further dampening expectations. As the clock ticked on whether COP26 would result in success or failure:

Boris Johnson trumpeted “landmark action” which aimed to end deforestation by 2030. More than 100 world leaders were signing up to the agreement, covering 85 per cent of the world’s forests including in Canada, Russia, Brazil, Colombia, Indonesia and the Democratic Republic of the Congo, which aims to halt and reverse deforestation and land degradation by 2030.

However, India’s announcement of a net zero goal by only 2070 left a dark cloud over the summit. Environment Secretary George Eustice said: “Obviously, we would prefer it if all countries committed to do net zero earlier.”

Former governor of the Bank of England Mark Carney said a list of more than 450 companies on the Glasgow Financial Alliance for Net Zero, which he is leading, will be published tomorrow, “bringing together…banks, insurance companies, pension funds, from around the world, and having them commit to net zero”.

Climate change experts say carbon emissions would have to be roughly halved by 2030, compared with 2010 levels, to keep the world on track to limit global warming to 1.5C above pre-industrial levels, which is believed would avoid the most devastating damage threatened. However, this goal over the next decade is set to be widely missed. Wealthy nations have gradually upped their commitments towards providing $100 billion (£73 billion) a year for poorer nations to go green, although some world leaders say this sum is still far too little.

The speech at Glasgow’s Science Centre by Prince William — whose £50 million Earthshot Prize encourages change in a bid to repair the planet over the next decade — came after he and his wife Kate hosted a reception for world leaders in Glasgow.

At that event, also attended by the Prince of Wales and Boris Johnson, guests applauded after the Queen’s pre-recorded speech in which she said she “couldn’t be more proud” of Charles, William and her late husband Prince Philip’s efforts in the climate change fight.