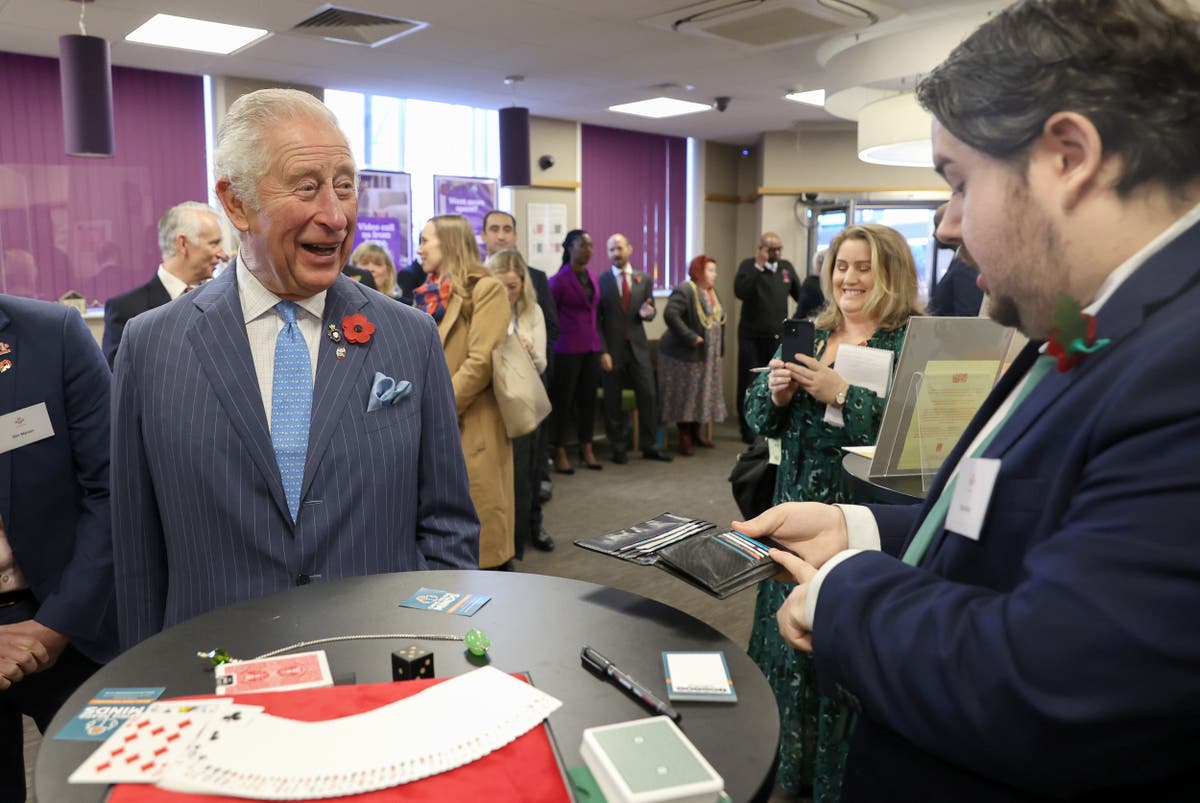 Heir to the throne Charles was meeting young entrepreneurs helped by his youth charity the Prince’s Trust at a NatWest branch in south London.

The prince encountered performer Chris Reads Minds, who asked him to think of a colour, a number and the name of a person, with Charles replying “blue, 12 and George” – the latter seemingly a nod to his eldest grandson Prince George.

The magician went on to reveal one of his own business cards, which was hidden in a sealed envelope in a wallet, on which identical answers had been written.

Charles chuckled and remarked: “Very impressive. It really is.”

The magician, real name Chris Wall, was supported by the trust in his bid to become a full-time magician when he became unemployed after a work contract ended in 2019 just before the start of the pandemic.

He joined the trust’s four-day Explore Enterprise Course and then its Boost Your Business programme, and received a grant from the Entreprise Relief Fund.

The Trust and NatWest set up the Enterprise Relief Fund during the Covid-19 crisis to provide emergency grants – totalling £3.7 million – to young people under 30 who were self-employed and ran a business but did not qualify for government support.

Charles was greeted by crowds of people, who clamoured to shake his hand as he left the branch.

One man asked him “How is your mother?” with Charles giving him a reassuring pat on the arm, and appearing to say: “She’s alright, thank you.”

The Queen 95, has been under doctors’ order to rest during the past three weeks after undergoing preliminary tests and spending a night in hospital on October 20.

Buckingham Palace previously said it is the monarch’s “firm intention” to attend the Remembrance Sunday service at the Cenotaph on Sunday.