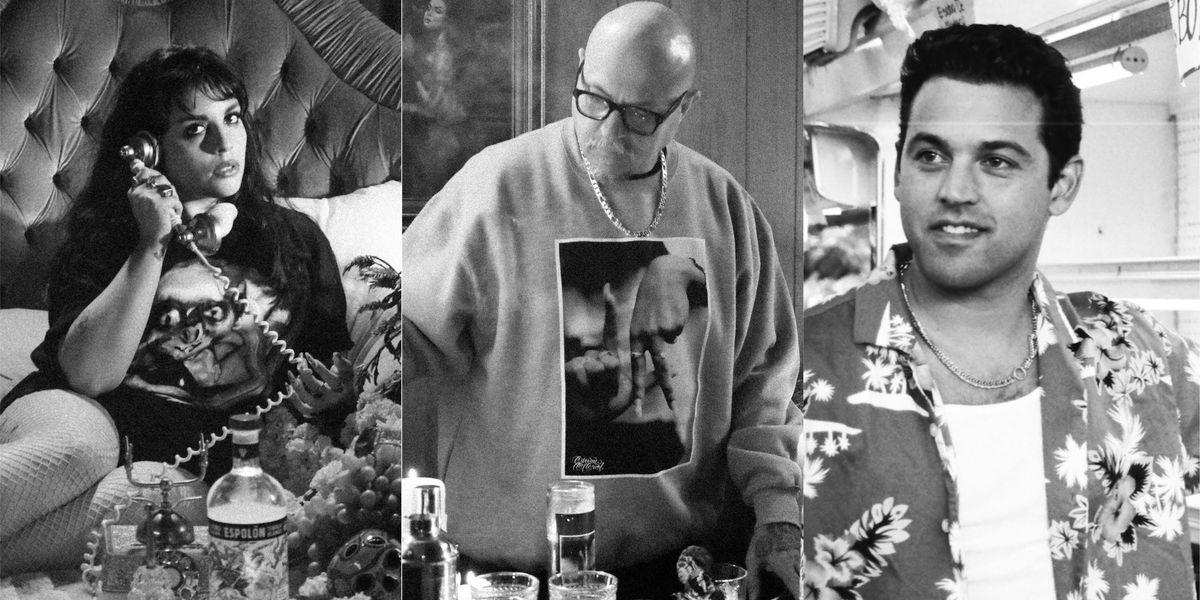 This article is a sponsored collaboration between Espolòn Tequila and PAPER

In many Mexican households, Día de los Muertos (or Day of the Dead) is a cause for celebration, not mourning. The holiday, which takes place just after Halloween, sees family and friends pay their respects to loved ones who have died, but always through a joyful and light-hearted approach.

Tequila is passed around often during these celebrations, with communities sharing fond memories (and funny anecdotes) of those who are no longer living. For three creatives with Mexican heritage, in fact, Espolòn is the spirit of choice for several reasons. Espolòn, at its heart, is a tribute to Mexican culture.

Los Angeles natives Estevan Oriol and Paul Rodriguez and Mexico City’s Girl Ultra have different ideas about what Día de los Muertos means to them, but all of them involve Espolòn tequila in one way or another.

“I choose to look at [death] in a positive perspective,” says Rodriguez, adding that it reminds him to live every day to his fullest. Oriol drinks Espolòn tequila in memory of his loved ones who passed, while Girl Ultra mourns past versions of herself through songwriting.

Commemorating with tequila is by no means limited to Día de los Muertos, but it nevertheless acts as a warm reminder of the joy found in toasting those special moments with others in their communities. Read more below on how these three creatives are celebrating the holiday with their favorite drink, which brought them together for this year’s celebrations.The three creatives were shot by noted Mexican Film Director, Mauricio Sierra in Los Angeles in October for Espolon Tequila’s Dia de los Muertos campaign.

With a new single coming out November 9, Mexico City-born Girl Ultra has many reasons to celebrate. Known for her innovative vocals and raw visuals, the singer has forged a path for herself in the Latin R&B world. She has one album and two EPs under her belt so far.

“It’s been a whole trip, because I’ve been maturing as an artist as I grow up as a person, and getting to really know myself has given me the tools to know what I want, in regards to lyrics, visuals, music genres,” she says of her evolution. “So I feel my artistic persona will always be attached to who I am at the moment.”

Her heritage and culture are major influences in her work, particularly her songwriting. “Spanish is such a vast language to develop and I try to get to the purest state of it, to deliver a message in the maximum beauty I’m able to get,” she says. “Singing en español is who I really am.”

She’s equally as pensive when it comes to her describing her favorite tequila. “I really like the memories that come with sharing a good tequila like Espolòn,” she says. “The laughs, the slow dances, the connection.”

Paul Rodriguez got the nickname P-rod at school when he started skating around the age of 11 before becoming pro. He’s won major competitions like the X Games and Street League Skateboarding. A native of California’s San Fernando Valley, he’s since parlayed his success into acting, investing and becoming an entrepreneur.

He cites being named one of the 30 most influential skateboarders by Transworld Magazine and being the only non-basketball player to have 10 or more signature shoes with Nike as some of his most proudest accomplishments. Helping find new talented skateboarders and help them reach their dreams to become pro through his Primitive brand is another highlight.

“The skate community is a great place for Mexican Americans to put our attention and express ourselves positively,” he says. “It doesn’t matter what race you are or what religion you are in the skateboard community — we see past all that and bond with each other over the love of skateboarding.”

As for his go-to tequila brand? “What I enjoy about tequila is that it is a spirit that is always great to have around for a celebration,” he says. “Whether it’s a loved one’s birthday or we are celebrating somebody’s accomplishment, Espolòn tequila is always my spirit of choice during those moments of a big toast.”

When it comes to Los Angeles’ street photography scene, few are as influential as Estevan Oriol, whose work documents the city’s urban and gang culture. Starting his career as a hip-hop club bouncer-turned-tour manager for rap groups, he eventually became passionate about the region’s emerging hip-hop scene and now is internationally renowned for his photographs that juxtapose the glamorous and gritty sides of LA culture.

“Most of my photographs are spontaneous,” he says of his process. “Even when it is a job I usually don’t know where I’m going to shoot or who until I get there. I have to look at the surroundings real quick and think of where the person I’m shooting would look cool, then make sure I take a good portrait of them while trying to make them look their best. You have to move fast and also take some risks to get a good shot.”

It’s an approach that he’s been cultivating for over two decades from his LA roots – and brought this approach to the Espolon Tequila campaign, which he took on the role of both featured Talent and Photographer. “In the beginning that’s all I knew and then I started traveling and seeing other cultures and I noticed the similarities,” he says. “We have a lot of influence in the world with the arts and culture.”

He’s as confident in his work as he is about his go-to drink, Espolòn on the rocks. “I like the smoothness and the flavor, tequila is my favorite drink of any spirit.”