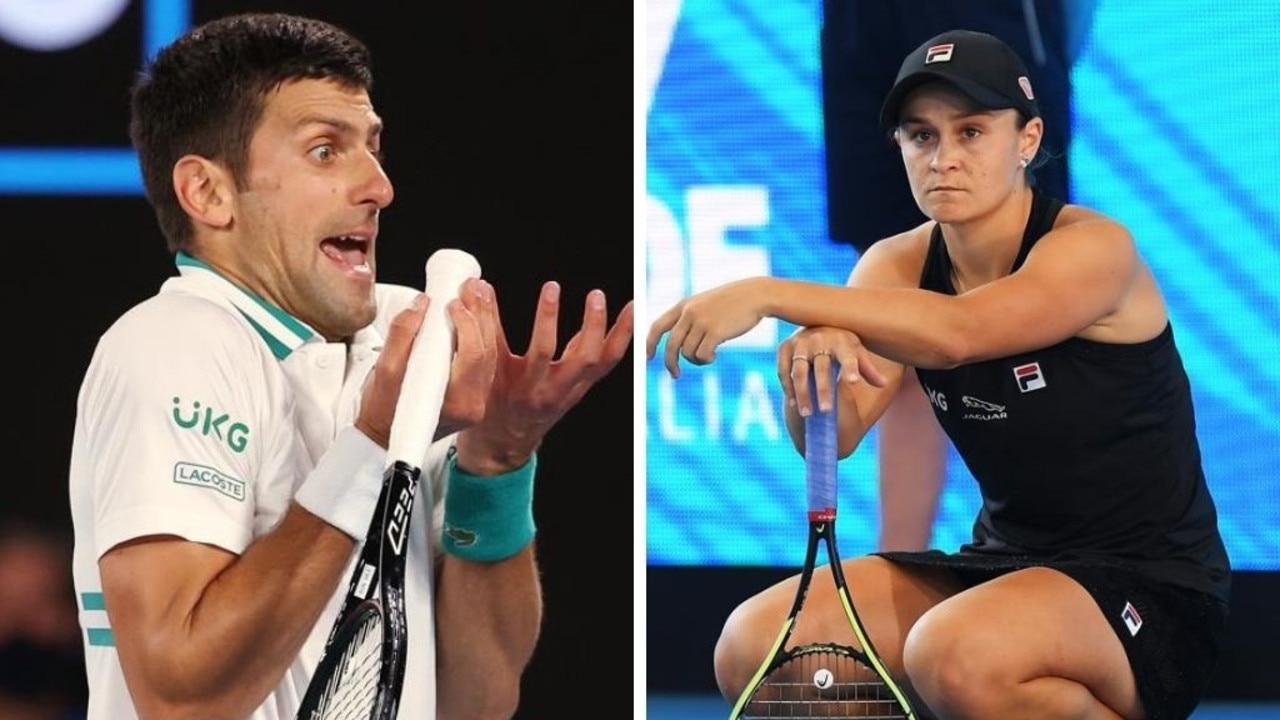 As the Novak Djokovic saga rolls into uncomfortable territory, Ash Barty has emerged as a key figure to save us from this farce.

For the past fortnight, more than just the tennis community’s attention has been fixated squarely on one of the sport’s top ranked players. It’s wishful and, let’s face it, naive thinking, but hopefully in the days to come at least some pairs of eyes are given reason to shift to a different World No. 1.

Novak Djokovic’s vaccination stance, visa mess and subsequent legal challenges have knocked off Covid as the hottest topic in town – no mean feat given Omicron’s explosion has made RATs a part of everyday vernacular.

After nearly two years of reading, hearing and talking about the virus, Covid fatigue is a very real thing but it’ll be a while yet before punters lose interest in the Djokovic debacle and arguments over the merits of kicking the anti-vaxxer out of Australia.

Rather than a complete refresh, the best diehard tennis fans and those who show a keen interest in the goings on at Melbourne Park for two weeks every January can hope for is at least some sort of distraction. That’s where Ash Barty comes in.

While governments and lawyers bicker over the fine print in Djokovic’s situation, there can be no greater contrast to the chaos surrounding the men’s World No. 1 than the calm, Zen-like aura that surrounds the No. 1 in the women’s game.

This time of year, when Nick Kyrgios isn’t telling people’s girlfriends to “get out of my box”, the limelight is on Barty – the darling of Australian sport who generates more goodwill than just about any of her peers.

The two-time major champion has triumphed on the clay of Roland Garros and the grass of Wimbledon but is yet to win her home slam, going out in the quarters, semis and quarters the past three years. She’ll be hoping this month will be when she becomes the first Australian woman to win the southern hemisphere’s only grand slam since Chris O’Neil in 1978.

Even if she doesn’t, you can bet there’ll be no cursing, racquet-smashing – and definitely no lawyering up – on the way out.

With her humility, class and of course, incredible talent, Barty has the chance to make us forget that amongst the legal and political s**t-storm raging on, there’s actually a tennis tournament taking place too. Watching her progress deep into the draw – no guarantee even for a World No. 1 after being given tough fixtures that could see her face four-time grand slam winner Naomi Osaka in the fourth round – would be the perfect remedy to the migraine-inducing hours spent keeping up to date with the latest twists and turns in the Djokovic saga.

Winning both the singles and doubles titles at the Adelaide International this month suggests Barty is primed for a tilt at the Australian Open crown that would be every bit as special as her mesmerising Wimbledon win last year. Let’s just hope the Djokovic drama has died down enough for us to appreciate it, should such an achievement come to pass.

As News Corp tennis reporter Marc McGowan tweeted during the week: “As someone who loves the sport more than most, it’s shattering to see tennis’ one-month window for major attention in Australia wasted on this.

“We have the world’s best women’s player, Ash Barty, who won a lead-in title and is trying to end a 44-year #AusOpen drought. Yet all the column inches in papers and almost every major slot (and the ones below that) are filled with each bit of fact, gossip and rumour on Djokovic.”

While Djokovic refuses to be vaccinated, went to an interview and photo shoot when he knew he was Covid-positive, admitted to incorrectly filling out his border entry form and causes angst among fellow players, Barty – as usual – is going about her business in a no-fuss manner that reflects well on her Queensland roots.

Can you ever imagine Barty causing even a sliver of the drama Djokovic has? She’s a polar, refreshing opposite to the stereotypical entitled millionaire sports star and has spoken more sense on Covid and vaccination than Djokovic – a man who claims people can change the chemical make-up of water with their emotions – ever will.

“I had my vaccine in April. I was fit and healthy and I was doing it for the people around me to make sure we were safe,” Barty told the Courier-Mail last year.

As if we needed any more assurances about why Barty will go down as one of Australia’s most beloved athletes, regardless of what level of success she has in future, her typically down-to-earth approach was on show as she rolled towards twin trophies in Adelaide.

“I have goals and I have my dreams I chase after but I want to be a good person. I want to continue to grow and learn something new every day,” she said in one post-match interview.

“I feel like on the tennis court I’m continually challenged, which is a great thing, and personally I love to try and develop every day and just be the best version of myself I can be.

When the Australian Open kicks off on Monday, a little dash of Ash would be like the fizz of Berocca dropping into a glass of water hoping to dull the pain of a Djokovic-sized hangover.

Don’t get us wrong, there are plenty of players to admire on both sides of the draw from Australia and overseas who deserve the spotlight in their own right once (if) it shifts from Djokovic, but none of them will have same soothing effect on the soul as Ash.

The first grand slam of the year has been tainted and may not fully recover come the end of the month. But with Barty’s help, the tournament can still rediscover a little of its lost shine.