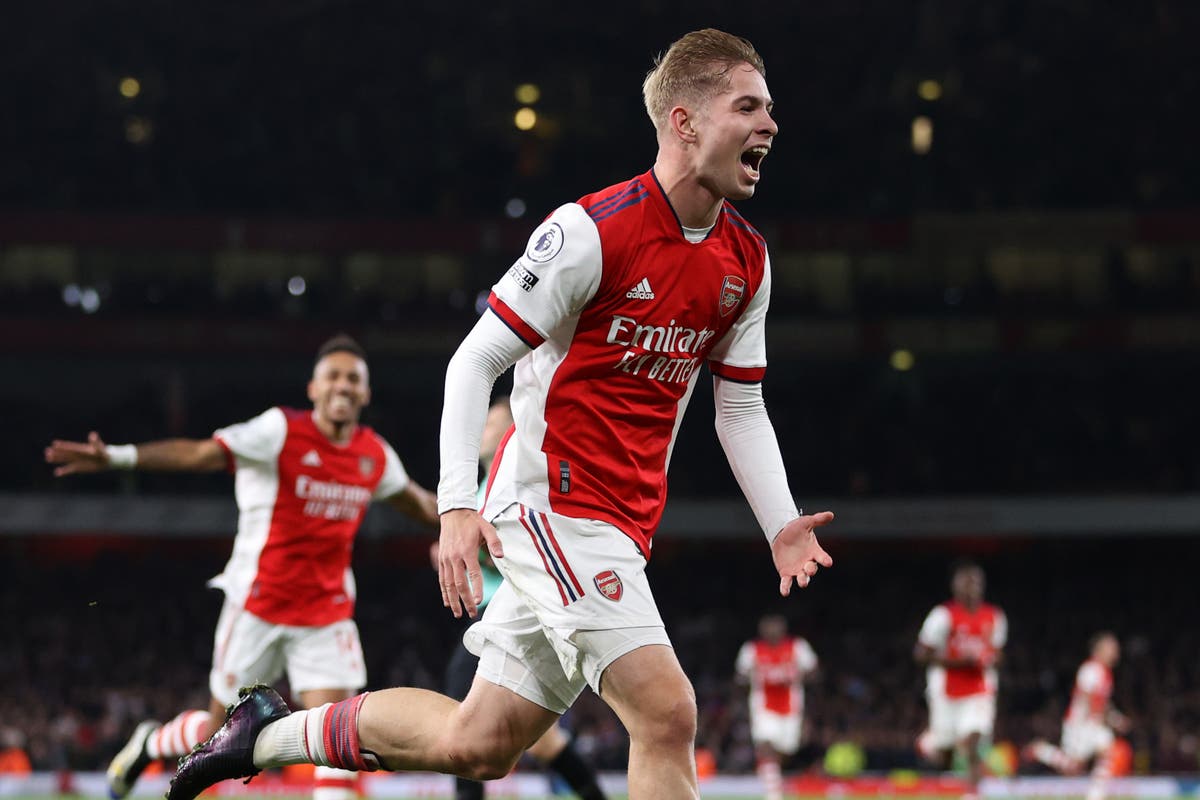 rsenal stretched their unbeaten run to seven games with a convincing win over Aston Villa.

Distribution was excellent and, when called upon, made a few great saves to deny Emi Buendia and Ollie Watkins. Could do nothing about the Villa goal.

Much better than the other night against Crystal Palace. Solid in defence and got forward on occasion too when he could.

Looked so calm and composed on the ball, starting many of Arsenal’s attacks. Made one excellent block to deny Danny Ings too.

A good game from the Brazilian, who was commanding at the back and acted as the perfect foil to White alongside him.

Thrown in due to an injury to Kieran Tierney and he did an excellent job. Bombed forward all game and seemed to have endless energy.

Scored his first goal for the club and was miles better than against Crystal Palace. Played like he had a point to prove.

Comfortably the Belgian’s best game for Arsenal and he more than made amends for his poor showing against Crystal Palace. Brought energy to the midfield.

He should have scored in the first half when Nuno put it on a plate for him, but other than that he did very well. Lively all game.

Had a great game after being given the chance to start following his good cameo against Crystal Palace. Would’ve scored a higher rating but came off with 22 minutes to go.

A huge performance from the 21-year-old, who excelled out on the left flank. Got the goal his display deserved and showed why Aston Villa wanted to buy him this summer.

Looked much happier playing with Lacazette, whose movement created space for him. Missed his penalty, but scored the rebound.

Came on and slotted into the system nicely. A quiet little cameo from the Norwegian.

Came on and did a solid enough job in central midfield for the final stages.