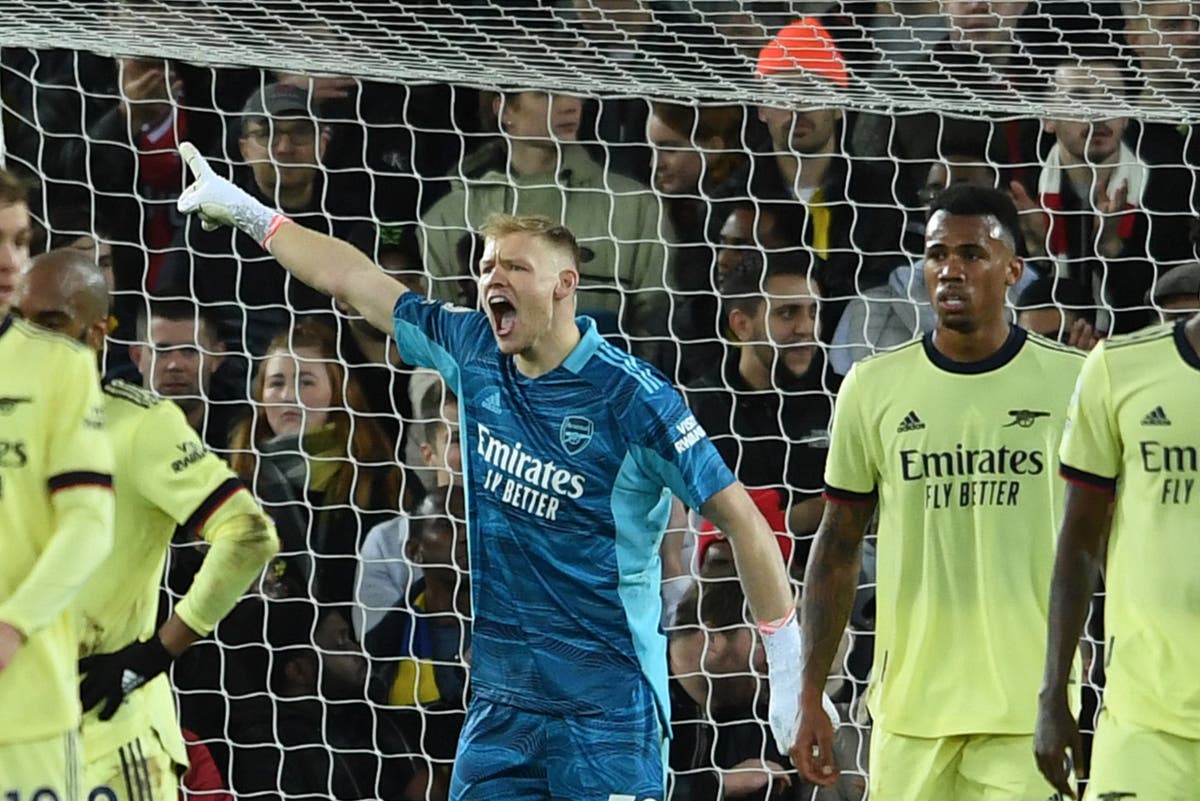 The Gunners missed out on the chance to move into the Premier League’s top four as they were beaten 4-0 on Merseyside.

Arsenal held them at bay until poor marking from a free-kick allowed Sadio Mane to score in the 39th minute. Liverpool then kicked on in the second half as Diogo Jota, Mo Salah and Takumi Minamino all got on the scoresheet.

Prior to that loss, Arsenal had been on a 10-game unbeaten run and they are making progress under Mikel Arteta, but Ramsdale believes Liverpool showed how far they still have to go.

“I think it shows the quality that they’ve got and where we want to get to,” said the goalkeeper. “This game isn’t going to define our season. It’s possibly the toughest place to come in the Premier League.

“This is where we want to get to. We’re not going to hide away from the fact that they’ve won the Champions League and the Premier League in recent years.

“We obviously had our game plan but as a young team, sometimes we stick to the game plan too much and we need to learn to possibly be strong with each other and talk more to try and weather the storm.

“The quality that they’ve got – we’re aspiring to get there. We’re working and like I say, it’s a marathon, not a sprint.”

Arteta is keen for his side to bounce back quickly after the loss to Liverpool as Arsenal host Newcastle this weekend.

Following that they have trips to Manchester United and Everton, and Ramsdale has told his team-mates they need to refocus quickly.

“We won’t have people moping around with their heads down. We’ll come in and evaluate the game,” he said.

“We’re an honest bunch of players. Mistakes happen – we want to play that way, so full focus now ahead of Newcastle.

“After [losing the first] three games [of the season], everyone was talking about us and then you produce a mini-run. I don’t feel like anyone hid [against Liverpool], although there were mistakes made from all of us.

“We’re still trying to play our philosophy and that’s the way it goes. Hopefully we get to this stage in our career with our team where we’ll be doing this to other teams.”