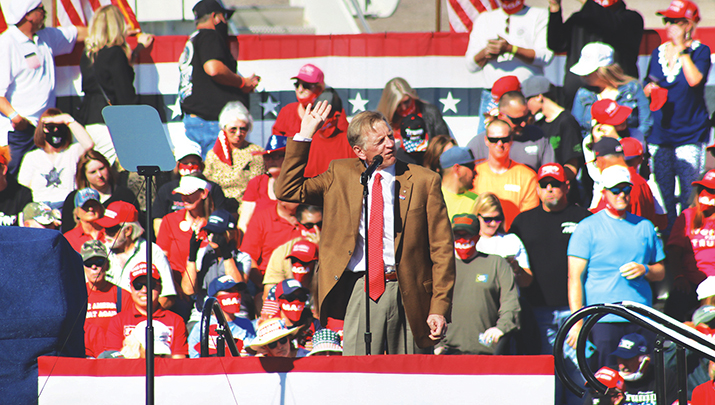 PHOENIX – The Arizona Supreme Court rejected Monday an effort to disqualify three Republican lawmakers from this 12 months’s poll due to their alleged roles in planning or attending the rally that led to the unprecedented assault on Congress on Jan. 6, 2021.

Gosar and Biggs are looking for reelection and Finchem is working to attempt to turn out to be Secretary of State, Arizona’s chief election officer.

The lawsuits filed on behalf of a handful of Arizona voters alleged that Gosar, Biggs and Finchem can not maintain workplace as a result of they participated in an revolt. The lawsuits cited a piece of the 14th Amendment to the U.S. Constitution enacted after the Civil War generally known as the “disqualification clause.”

The justices dominated that alleged violations of the disqualification clause usually are not grounds for difficult candidates’ eligibility for workplace below Arizona legislation. The determination upholds a ruling by the Maricopa County Superior Court.

None of the lawmakers are accused of collaborating within the precise assault on Congress that was geared toward halting certification of President Joe Biden’s win over former President Donald Trump.