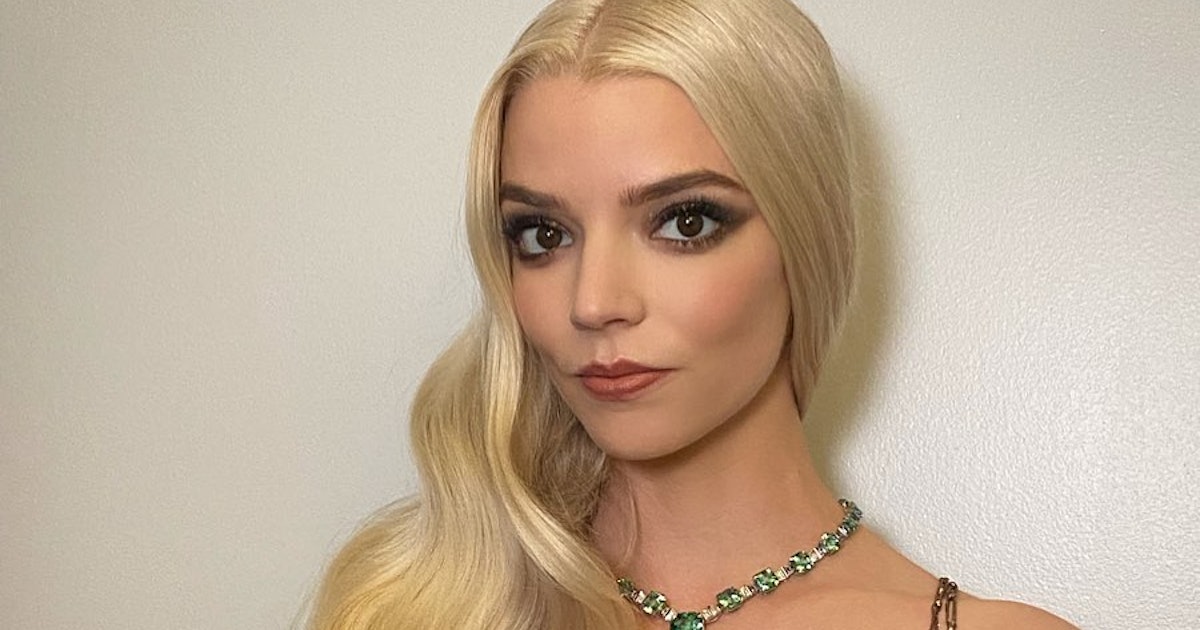 Every year, the CFDA Awards serve as an opportunity for the world’s brightest stars to show off their most stunning looks. While it’s primarily one of the biggest nights for fashion, hair and makeup are just as much a part of the festivities. Along with rising icons like Zendaya and Squid Games’ HoYeon Jung, The Queen’s Gambit star Anya Taylor-Joy continued her streak of stunning appearances on the CFDA red carpet with a purple Oscar de la Renta dress, cheetah print accessories, and a black netted veil shielding her face. Anya Taylor-Joy’s Dior beauty look complete, with bold winged eyeliner and vampy lipstick pulled the femme-fatale vibe all the way together.

As a recently named ambassador for Dior, Taylor-Joy stunned in a full face of the fashion house’s beauty line. Her makeup artist, Georgie Eisdell, created a retro makeup look, that perfectly suited the rest of the actor’s ensemble, the starring elements being a dramatic cat-eye and burgundy lipstick.

TZR got the low-down of exactly what products went into the process of creating this major beauty moment. In a press release, Eisdell revealed that she prepped Taylor-Joy’s skin with a serum and treatment, noting that her “skin is flawless already.” For complexion, Eisdell used a Dior’s Forever Skin Glow foundation and concealer for hydrating coverage, followed by a bit of powder on the T-zone. Taylor-Joy’s contour was kept quite soft, but Eisdell added color and dimension using Dior’s Backstage Contour Palette in #001 Universal and Rouge Blush in #601 Hologram.

The winged liner atop the actor’s eyelids really took center stage, as the rest of the eyes were kept clean and minimal. Aside from Diorshow On Stage Liner, Eisdell only used Diorshow Mascara, to achieve a full, fluffy lash. A brow pencil was also applied, says Eisdell, “slightly extending the brow to elongate the eyes a bit more.”

The look was finished off with a swipe of lip balm and Rouge Dior Forever Liquid Lipstick in Forever Shock, a deep burgundy. Eisdell says after applying the lipstick, she slightly smudged out the edges “to create the perfect dark lip.”

The final result was the ultimate retro-glam look with a sultry spin — and an always-welcome reminder that you can truly never go wrong with winged liner and dark lipstick.

We only include products that have been independently selected by TZR’s editorial team. However, we may receive a portion of sales if you purchase a product through a link in this article.