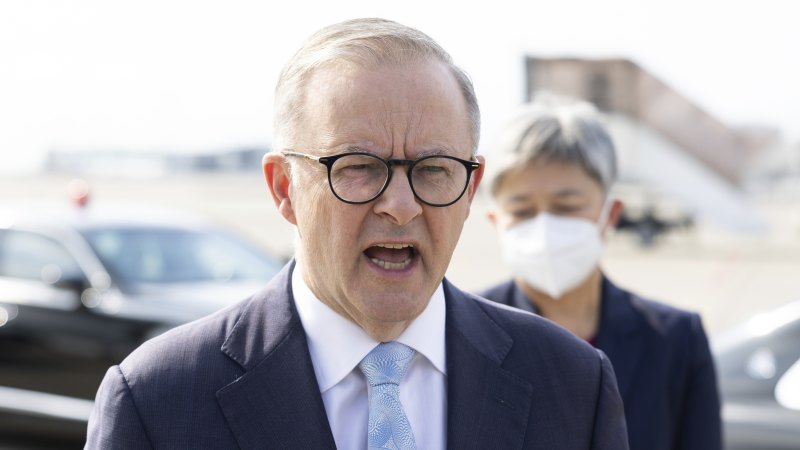 Staying with the prime minister’s ABC TV interview, and Anthony Albanese says he’ll “respond appropriately” to the Chinese premier congratulating him on his election win.

As Anthony Galloway has written, the message from China marks the top of a two-year diplomatic freeze between Canberra and Beijing on the political stage.

“We will act diplomatically and appropriately in all our dealings with other nations,” Albanese stated.

“What you need to do is to be firm. We will stand up for Australia’s values. I have said that the sanctions that have been placed on Australian exports going to China need to be withdrawn. There is no justification for these sanctions which have hurt the Australian economy and hurt Australian jobs.

“But I will respond appropriately … at an appropriate time, shortly.”

As for China’s Foreign Minister Wang Yi conducting a 10-day tour of the Pacific, and fears there might be a number of new nations coming into right into a Solomons-style safety take care of Beijing, Albanese stated that tour “had been in place for some time”.

The PM labelled the Morrison authorities complacent on Pacific relations and stated a Labor authorities wouldn’t simply give attention to overseas support however “respect” and recognising that local weather change is an “existential threat” to island nations.

“We need to respond to this because China seeking to increase its influence in the region of the world where Australia has been the security partner of choice since the Second World War.”