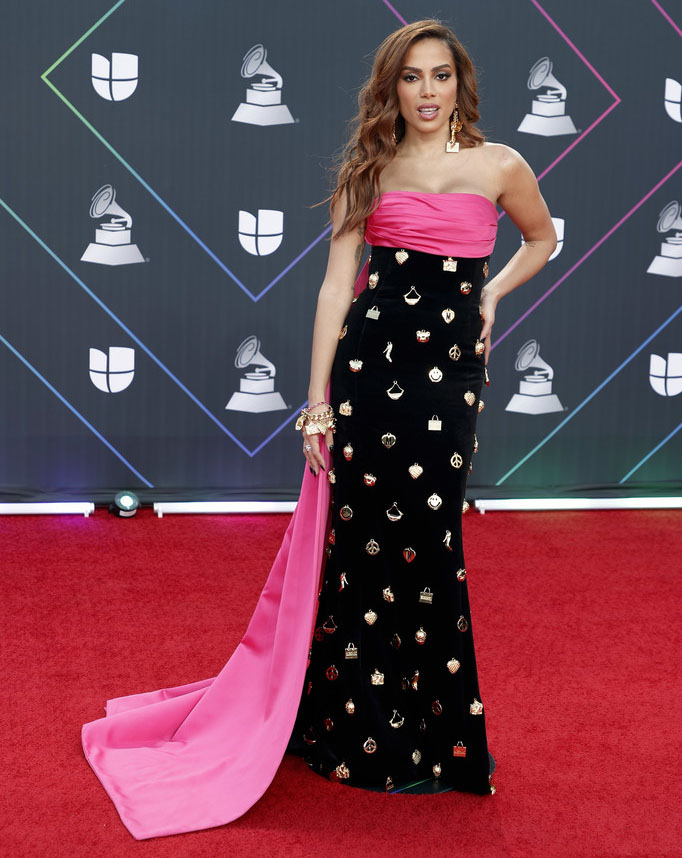 Prior to her performance with living legend Gloria Estefan, Anitta joined Sofia Carson on the red carpet for the 2021 Latin Grammy Awards held at MGM Grand Garden Arena on Thursday (November 18) in Las Vegas, Nevada.

As we all know Anitta’s red carpet looks can be risqué, and she owns it, but I feel like she’s been tempering those styles of looks for her last few red carpet appearances.

She even gave us florals for the Billboard Latin Music Awards.

Following the amfAR Gala Los Angeles event earlier this month, it looks like the singer has struck up a relationship with Moschino’s creative director Jeremy Scott, as she wore her second look in a row, this time from the designers Fall 2021 collection.

I feel that some won’t like this dress on Anitta after seeing how beautiful the look was styled when presented, but I don’t see that retro style working for Anitta at this event.

She brought her own brand of glam, and while it’s not BDOTW worthy, it worked for her at this moment.

Much like her crystal mesh Yousef Aljasmi catsuit for her performance.

It’s very much giving JLo for any performance, but this couldn’t be a more perfect look for a Latin music event.

Again.  She rocked it.