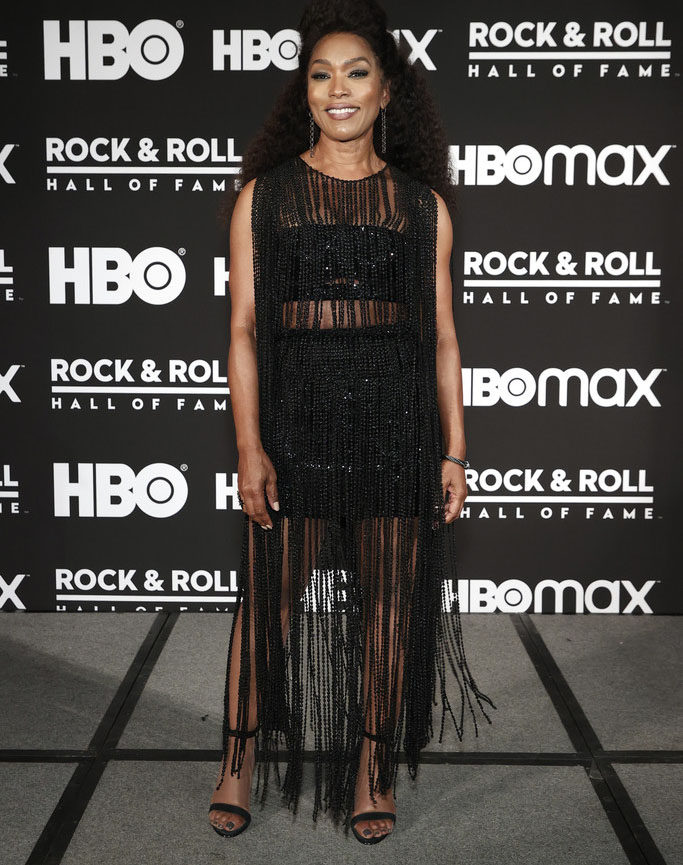 If you are wondering why Tina is only now being inducted into the Rock & Roll Hall of Fame.

She was previously inducted alongside Ike Turner, this time her induction as a solo artist.

It was fitting that Angela was on hand to induct Tina, as she played the legendary singer in the 1993 film, ‘What’s Love Got To Do With It?’

What was also fitting was Angela’s choice of dress.

Not that she wore a Georges Chakra Fall 2018 Couture dress, but the style of dress with its fringed overlay which was very much a signature style for Tina Turner.