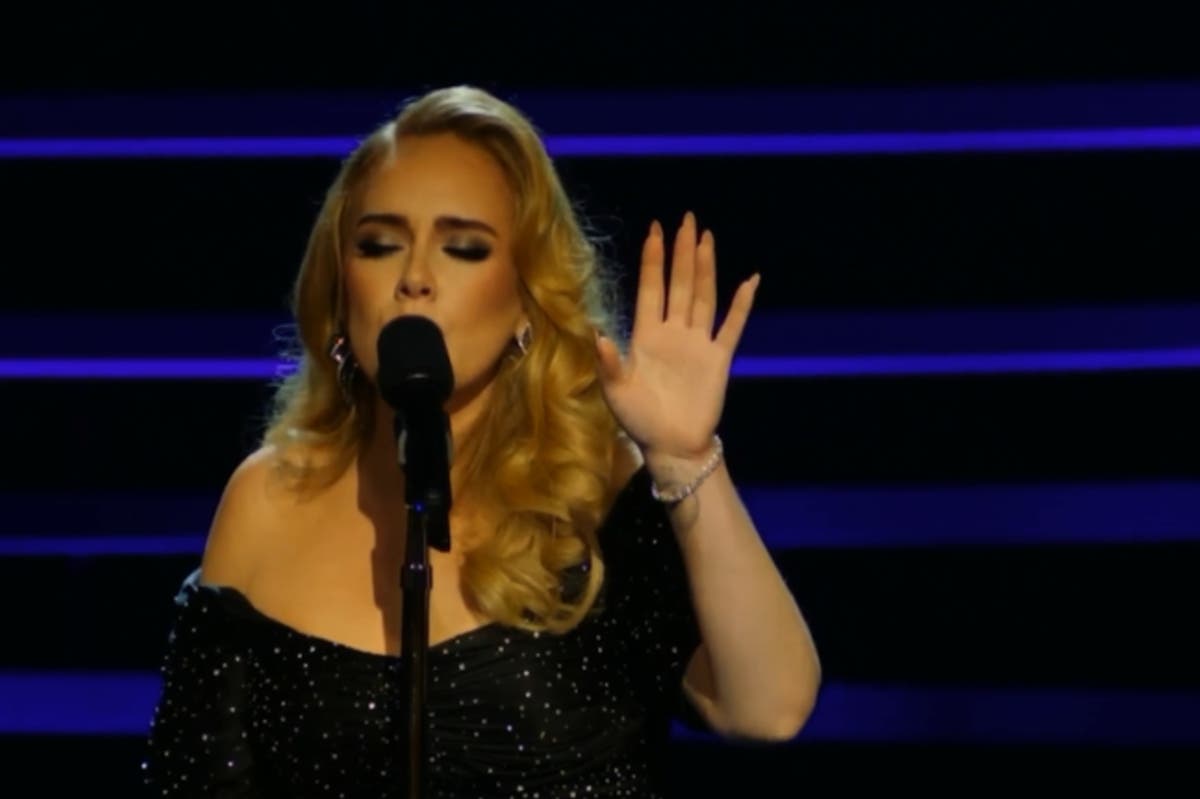 dele opened her pre-recorded ITV special, An Audience With Adele, with the songs Hometown Glory and Hello in front of a star-studded crowd.

The singer performed songs from her new album, 30, and older tracks to an A-list crowd including Dame Emma Thompson and her husband Greg Wise, Years And Years star Olly Alexander and Boy George at the London Palladium.

Adele wore a black gown studded with glittering jewels and was backed by three vocalists and a band.

She said: “I got really emotional when I came round the bend up there. I am very, very nervous. Of course I am.”

She also quipped that she had been given a mug of chamomile tea and not a “hot honey” as requested.

Later, Adele was forced to restart her new single Easy On Me after botching the intro.

Hollywood star Jackson and Dawn French were among the celebrity guests who stood to ask questions, with the latter asking whether strangers ever opened up to her about their personal lives due to the emotional nature of her music.

Responding to a question from England football manager Gareth Southgate, Adele told him: “I loved watching you this summer. It was one of the best.”

He replied: “Thank you for your support. We saw the videos of you getting quite into it.”

Asked who, of all the celebrities in the room, she would most like to collaborate with, Adele chose actor Daniel Kaluuya.

She said: “Obviously I’m not an actress, but I just think that you are the greatest actor. I really, really do. I am mesmerised by you and your work.”

Turning to Southgate, she added: “And you, if you want to sign me as a footballer.”