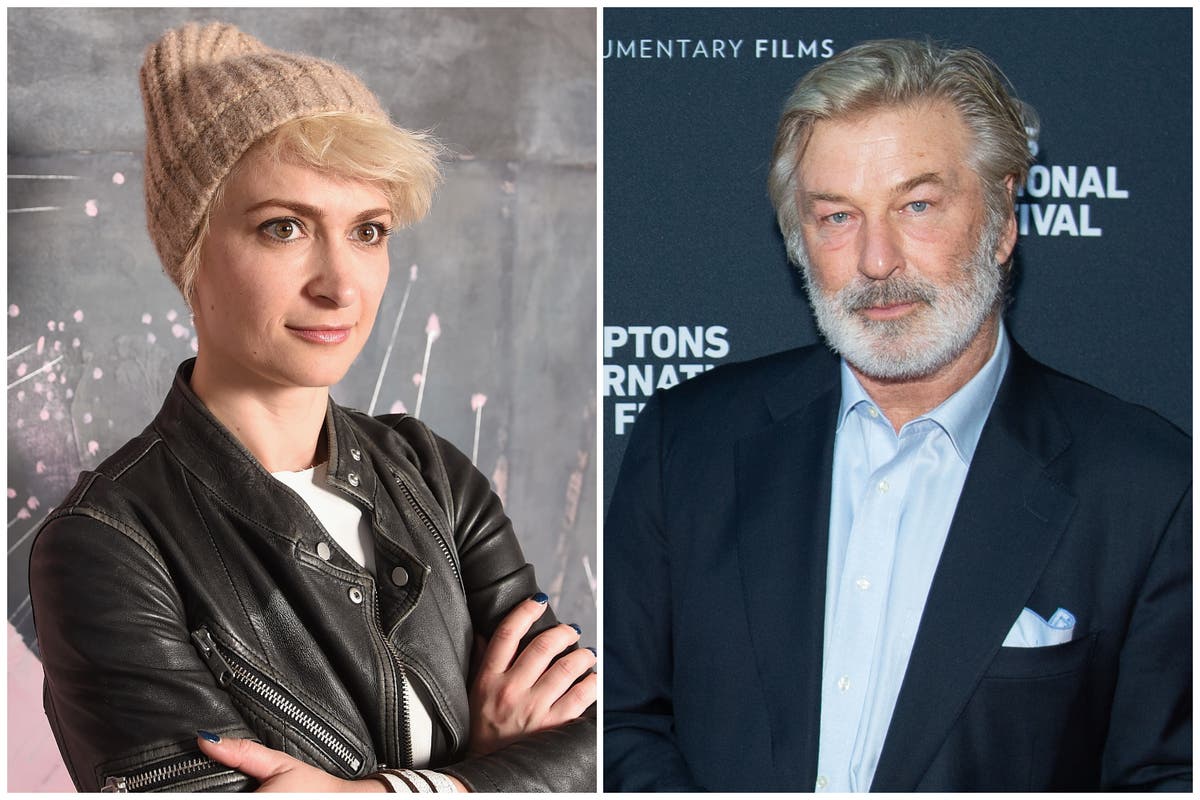 Hutchins, director of photography on the film called Rust, was shot during the incident on Thursday, officials in Santa Fe, New Mexico, confirmed on Friday.

Director Joel Souza, 48, was also injured but is reported to have left hospital on Friday afternoon.

On Friday, Baldwin, 63, said “there are no words to convey my shock and sadness” Hutchins’s death.

The Hollywood legend confirmed he is “fully cooperating” with the police investigation.

Tweets posted on the official account of the Hilaria and Alec Baldwin Foundation said: “There are no words to convey my shock and sadness regarding the tragic accident that took the life of Halyna Hutchins, a wife, mother and deeply admired colleague of ours. I’m fully cooperating with the police investigation to address how this tragedy occurred and…”

A second tweet said: “I am in touch with her husband, offering my support to him and his family. My heart is broken for her husband, their son, and all who knew and loved Halyna.”

“I have spoken with Alec Baldwin and he is being very supportive,” he said.

Meanwhile, it was claimed that the prop gun fired by Baldwin contained a live round.

An email sent to members of the movie prop masters union, IATSE Local 44, said there had been an “accidental weapons discharge” on the set of the Western-style film Rust.

Secretary-Treasurer of the union Anthony Pawluc said in the email that “a live single round was accidentally fired on set by the principal actor”.

“A live single round was accidentally fired on set by the principal actor, hitting both the Director of Photography, Local 600 member Halnya Hutchins, and Director Joel Souza,” the email read.

“Local 44 has confirmed that the Props, Set Decoration, Special Effects and Construction Departments were staffed by New Mexico crew members. There were no Local 44 members on the call sheet.”

Photographs published by The Santa Fe New Mexican newspaper on Friday show an emotional Baldwin – who was the main star and producer of the movie – doubled over and apparently in tears outside the Santa Fe County Sheriff’s Office.

Deputies responded about 2 pm on Thursday to the movie set at the Bonanza Creek Ranch after 911 calls came in of a person being shot on set, sheriff’s spokesman Juan Rios said.

The ranch has been used in dozens of films, including the recent Tom Hanks Western “News of the World.”

He said detectives were investigating how and what type of projectile was discharged.

No charges have been filed. Police said witnesses continue to be interviewed by detectives.