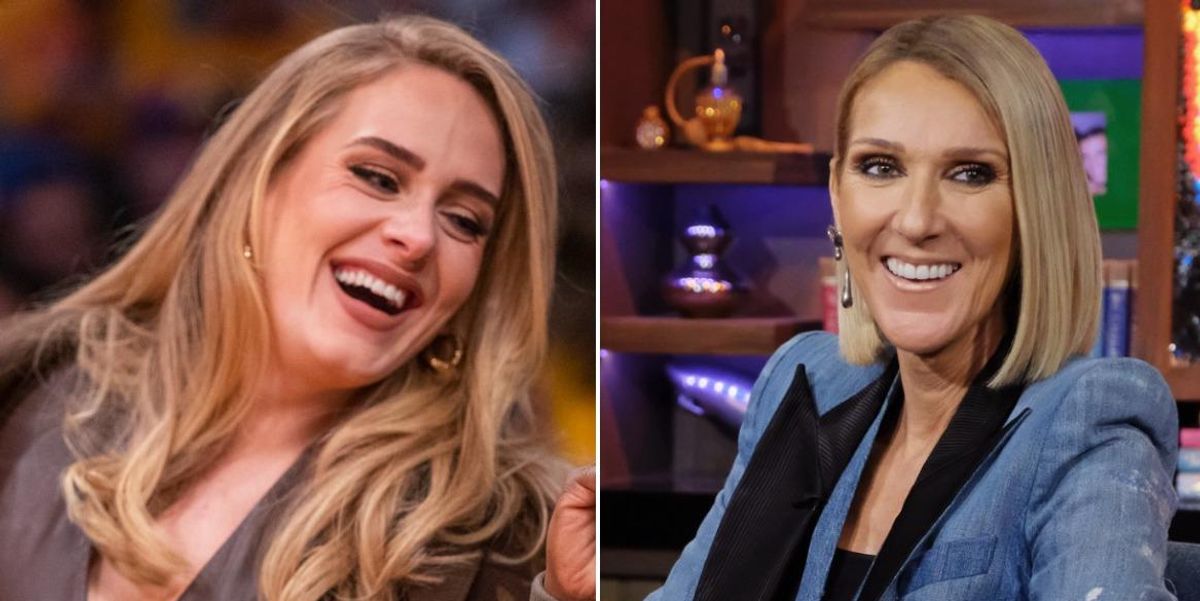 Adele has a pretty odd piece of art in her home.

​In a recent video for ​Vogue​’s “73 Questions” series, the musician answered all sorts of queries ranging from her preferred British supermarket to that infamous Beyoncé Grammy moment. However, the tidbit that stood out to us was about her most prized possession, and, turns out, it’s a sticky one.

According to Adele, the item she holds most dear is a piece of chewing gum that was in the mouth of none other than legendary Canadian songstress Céline Dion, though she didn’t tell us what flavor it was.

Either way though, how exactly does one obtain such a, uh, intimate treasure? Through mutual friends, of course. And, apparently, that mutual friend was Late Late Show host James Corden.

In fact, Adele was so excited to show it off that she ushered the interviewer back inside her house before presenting him with a frame containing a wad of gum stuck to a piece of paper labeled “Céline Dion’s gum.”

“It’s pretty amazing,” she said, explaining that James gave her the gum after he did a “Carpool Karaoke” segment with Céline herself.

“He did it with her and knew how much of a fan of her I was,” Adele revealed. “So he made her spit her gum into a piece of paper and he framed it for me. It’s my proudest possession.” Talk about true friendship.