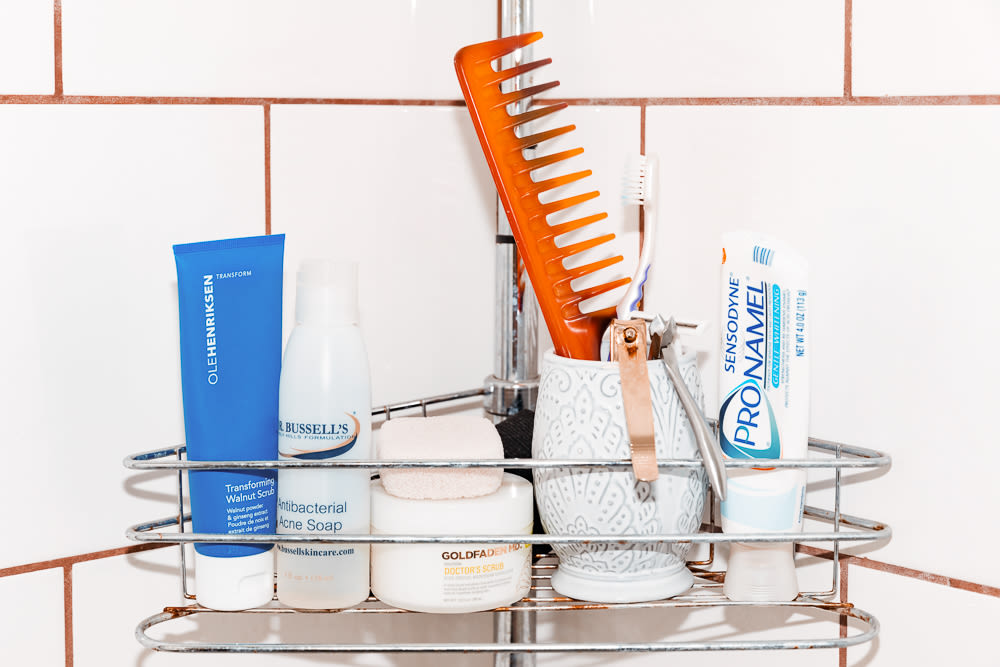 I don’t mean to stress you out, but people who floss their teeth every single day do in fact exist. Up until recently I thought they were a myth passed down by oral hygienists meant to inspire (or scare you into) at least a little bit of effort. I’ve shared bathrooms with many people, and have not seen one real human floss daily. Like, there’s floss around, but… What’s that thing they say about shooting for the moon and landing among the people who own floss and use it when they remember to?

Anyway, no. The hygienists were actually being literal. You’re meant to floss every day, some people actually do it, and now I am one of those people.

It started with a recent trip to Tend, one of those new New York dentist chains with millennial branding and an all-lowercase app. They have a funny system of gum health classification, where the hygienist checks out each tooth individually and calls out some sort of code that’s then noted on your chart. After my cleaning and the K-drama episode streaming on my ceiling-affixed personal television were finished, my hygienist (very politely) let me know that my gums were unhappy. I’d need to make flossing part of my everyday teeth cleaning routine. Seriously. Or else. (Well, I added that last part, but that’s how it felt!)

It’s hard to fit children’s dental x-ray equipment in my mouth, and even harder to squeeze my entire hand far back enough to thread floss between my molars. So if I was going to stick to my new flossing routine, I knew I needed something to help me reach. Ideally, I’d use a flosser tool. Except I didn’t want to use a flosser tool, because constantly buying and throwing them away would give me a heart attack. Too much trash! I do think a water flosser would be nice, but I don’t currently have room for it on my New York apartment sink. (And besides, I’m not sure if I’m ready to revisit a tool associated so closely with my tumultuous orthodontic past.) My teeth are too close together for a dental pick. So what I really needed was a slim, refillable flosser. After a quick Google search, I discovered such a thing exists.

In lieu of splurging on Quip’s sexy metallic version, I opted for a humble ROYGBIV plastic one, which had lukewarm reviews. Why? Because it was cheap. Just 6 bucks. And the nicer looking, more expensive ones didn’t have the best reviews either—turns out, peoples’ mouths are pretty different, and what works for one flosser might not work for another. I wasn’t sure how much success I’d have, but for less than a cup of enamel-eroding coffee I figured it was worth a shot.

And reader, I’ve flossed my teeth every day since! This thing makes flossing so easy. The tool itself is simple: you just pull off a piece of your floss of choice, wrap it tightly around the center, pull it taut across the top, and then wrap it back around to anchor it steady. It’s certainly bigger than the disposable kinds, but it’s not so big that it doesn’t fit in my small mouth, and I find the slightly sloped angle to be really helpful. Also, you can refill it with floss as many times as you want or need, if the idea of using one inch of floss for your whole mouth turns you off.

If you don’t floss every day, no judgment! I was once in your shoes. All I’m here to say is, thanks to this little tool, now I am not.