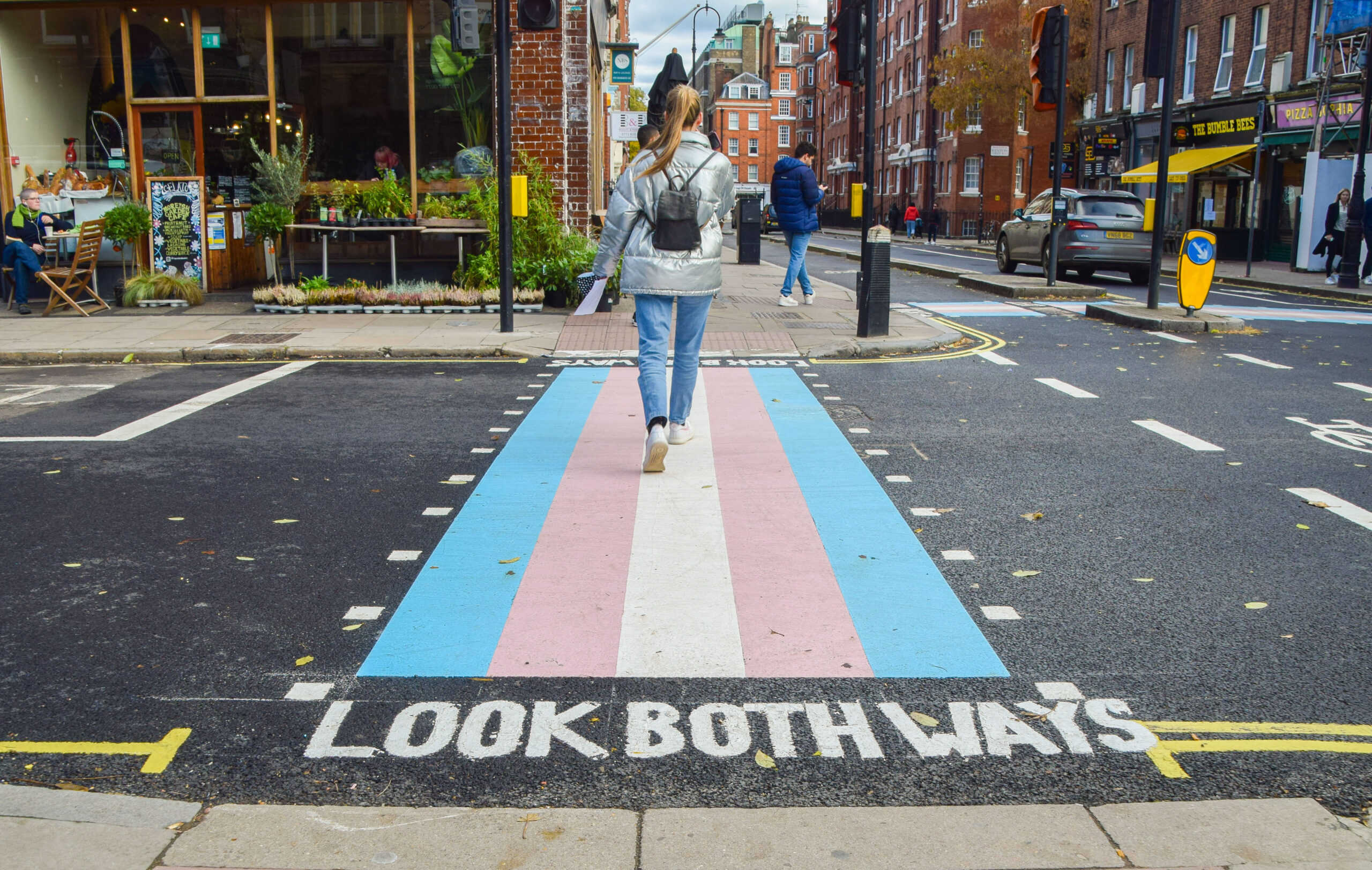 Why are editors and academics running scared of the controversy around the status of transgender people? To outsiders it seems like a feminist family quarrel — but it has become dangerously radioactive.

The fight is centrally about whether trans women, who are physiologically male but experience themselves as women and have undergone “gender transition”, with or without surgery, are women or remain male.

Their LBGTQ+ opponents accuse them of victimising already vulnerable trans women and exposing them to further discrimination and violence. But it is more than an ideological wrangle. Public figures accused of being “Terfs” or “transphobic “risk “cancellation” at public venues and a torrent of abuse on the internet.

South Africa had its first brush with this strange phenomenon last year, when University of Cape Town students tried to block a guest lecture by Nigerian novelist Chimamanda Ngozi Adichie because of her views on transgender.

In January Warner Brothers is to stage a 20th anniversary retrospective of the Harry Potter films. Who is excluded from the jamboree because of her alleged transphobia? None other than the woman who made it all possible, Harry Potter’s creator, JK Rowling.

The divide is partly generational: the older liberal-left tends to sympathise with the harried and de-platformed Rowling and her ilk; younger people tend to think they’re getting their comeuppance.

The fight for South African leftists of the 1970s and 1980s was about enlarging freedom and breaking down barriers, particularly those imposed by apartheid. The new struggle is to restrict and keep people in line — and the internet is the new tool of enforcement.

“I spoke up about the importance of sex and have been paying the price ever since,” writes Rowland about her Twitter traffic. “I was transphobic, a c­­ ­­­***, a bitch, a Terf. I deserved cancelling, punching and death.”

Perhaps the most worrying case is that of Kathleen Stock, the gender-critical academic who was intimidated, harassed and abused until she resigned from Sussex University in August.

Based on her ordeal, I argued in an earlier article that trans campaigners are violating the basic democratic right to hold and express one’s own opinions, won by the thinkers of the Renaissance and the Enlightenment at enormous cost in blood.

I lamented the resurgent mediaeval practice of banning heretical ideas and punishing heretics. Perhaps fearing a twitterstorm, most publications keep their heads down.

One complication is that barring a few free-market fundamentalists, most people have “red lines” where they feel free speech ends. Most democrats, for example, would draw the line at the advocacy of child pornography, slavery and genocide.

So the underlying crux is the limits of free expression in a democratic society. Also at issue are the limits of protest, and when it shades into bullying and the intimidatory suppression of ideas.

It is important to note that in both the United Kingdom and South Africa, it is quite legal to publicly maintain the unalterable maleness of trans women.

A British employment tribunal ruled against Meyer Forstater, a tax expert who argued that her dismissal for allegedly transphobic tweets violated her workplace rights, but that does not bind the judiciary.

Gender-critical scholars like Stock appear unanimous in condemning discrimination against trans people, except where they believe the security of women and girls is at stake. British law agrees, providing for “single and separate sex spaces” such as toilets and changerooms.

As a legal category in South Africa, “unfair discrimination” specifically implies the unjust imposition of burdens or denial of benefits. It would be a Procrustean stretch to argue that Stock’s ideas have this effect.

Is the gender-critical view hate speech? South African law specifically defines this as “advocacy of hatred” on prohibited grounds, including gender identity. UK statutes appear to outlaw any threatening or abusive communication intended to harass, alarm or distress.

But Stock was clearly not advocating hatred or intending to harass — she is an academic, not a hate-monger; some might even consider her a victim of hatred. The university deplored her treatment and declared her innocent of “substantive wrong”.

Consider the following assertion by Rowling: “Trans women need and deserve protection … I feel nothing but empathy and solidarity with trans women who’ve been abused by men.” This does not sound like hate speech.

Justifying the attempt to stop Greer from speaking at Cardiff University, the student women’s officer, Rachel Melhuish, declared that trans-exclusionary views had no place in society.

Who is the self-appointed Melhuish to decide this? It is statements of this kind that prompted comic Ricky Gervais’s complaint of a “new weird sort of fascism, of people thinking they know what you can say and what you can’t”.

One does not have to agree with Rowlings’ defence of her position – in fact, I disagree with her — but I defy any reasonable person to dismiss it as unhinged or irredeemably malevolent.

At issue is the right, within the law, to have and express one’s own thoughts. The famous maxim attributed to French Enlightenment philosopher Voltaire applies: “I disapprove of what you say, but I will defend to the death your right to say it.”

If the trans enforcers are not upholding the law, what are they doing? Why must everyone march in lockstep on the femaleness of trans women? Why isn’t it enough, as Rowling terms it, to be a “trans ally” who opposes harassment, discrimination and violence against them?

The purpose, it seems, is to create “safe” environments where trans people never have to hear what offends them.

The question is whether that is the purpose of a university – or, indeed, of any democratic forum, the courts and legislatures, for example, where plain speaking and the free exchange of ideas are at a premium.

Some academics complain that the current intolerant climate makes it impossible to explore trans sexuality and the important questions it raises.

There are grave dangers in seeking to silence expressions that offend or hurt someone. Acknowledging this, the British parliament recently decriminalised the use of “insulting” language under the Public Order Act on grounds that it amounted to censorship.

One consequence of shutting down voices is the debasement of intellectual exchange. How can belligerent hardliners set out to silence Greer, one of the age’s most important feminist thinkers and writers, because of her stance on one contentious issue?

Coercively shielding people from emotional upset would be the death of independent journalism, higher education and the democratic political process.“University is not a safe space,” scientist and author Richard Dawkins reminds us. “If you need a safe space, go home, hug your teddy and suck your thumb until you’re ready for it.”