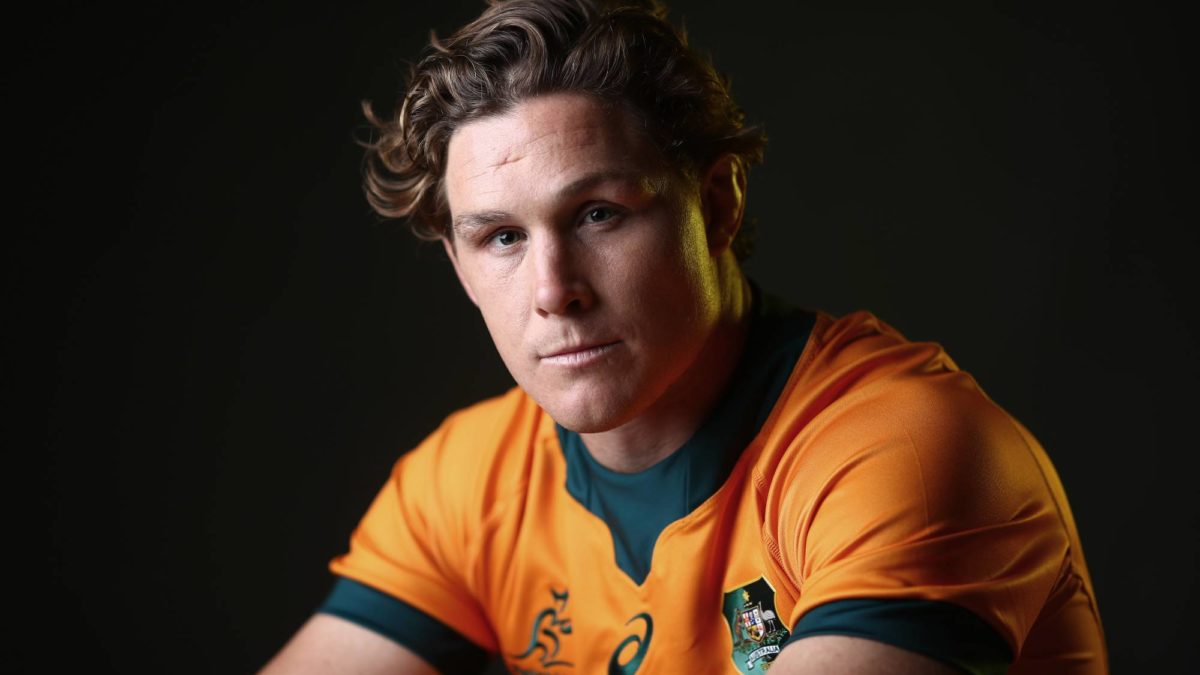 It’s time for Dave Rennie’s promising Wallabies squad to step out their “backyards” with another significant step towards showing they can be a force at the 2023 World Cup beginning on Saturday night against Japan.

A win over the Brave Blossoms would be a fifth straight for the Wallabies – something they last achieved in the 2015 World Cup campaign and, in a non-World Cup year, 2008.

With Tests against Scotland, England and Wales to follow, captain Michael Hooper stressed the great learning opportunity being afforded some of the relative newcomers to the gold jersey on Friday.

“We’ve played four [winning] games at home,” said Hooper. “Now we’re out of our own backyard, we’re going to go and play in some of the great stadiums around the world against some great European teams.

“A lot of our younger players haven’t had that experience before, so certainly two years out from a World Cup up in that part of the world it’s a really good experience for our group.

“Being back in front of some fully stacked out stadiums, playing some different styles of rugby which we haven’t been exposed to in quite a while, what these four games present is a chance not only for us to build our game and see how we can grow and develop there but also play some different styles of rugby, put ourselves up against that away from home, which is so critical in Test footy.”

Rennie has rightly won plaudits for his efforts this campaign, and his squad building skills and nuturing of team culture appear to be working. A three game wipeout against the All Blacks couldn’t derail their season, and he was prepared to make big calls, with the support of Rugby Australia, to complement some exciting youngsters with experienced, yet forgotten, warriors.

Chief among those has been Quade Cooper, and with doubts over his continued presence after Saturday’s match, Hooper praised his impact.

“Quade’s been fantastic,” Hooper said. “He’s been a great addition to the team on and off the park. His additions early were largely off the park and working with younger players and bringing a level of experience and confidence to the group.

“He’s been very giving of his time to younger players and to the team in general which has been really pleasing.

“On the field that experience counts for a fair bit at Test level – his ability to be calm, confident and clear in his communication. His game play has been really exceptional, and he’s painted a good picture for all of us in how that looks.

“It’s a balancing act when it comes to what’s going to happen with some of those players, but he’s definitely left a great mark and good impression on the team so far.”

Australia will have one debutant on Saturday with Brumbies hooker Connal McInerney the latest hooker to be given an outing as Rennie seeks to shore up a problem position.

Finding out he had made the bench was an emotional moment for McInerney, who said he doubted he would make it as a professional player when playing Shute Shield for Easts three years ago.

“I called my girlfriend straight away and tried to hold it all together,” he said.

“To be in the 23, I thought I would be holding pads for this whole tour but even then, I was happy to just be a part of it.

“I had to hide some emotions pretty quickly. Head went into my hands for a second because I knew straight away someone would be filming so I got up and acted all tough as if nothing fazed me but it did.”

McInerney has been in and out of the Brumbies squad after a broken fibula while faced with competition from Folau Fainga’a and Lachie Lonergan.

“I was pretty comfortable playing Shute Shield and I never thought I would play professionally let alone for the Wallabies,” McInerney he admitted.

“It’s been a long and tough journey but I’m so grateful for the opportunities I’ve had with the Brumbies and to be able to be back to this level.”

He praised Wallabies assistant and Brumbies coach Dan McKellar for his role in his development, although McKellar delivered some tough news after McInerney played in the Austalia under 20s set up.

Hooper said it was special moment for the team to welcome McInerney into the match day squad.

“It’s great for Connal and all of us to see how much it means to someone like that getting their first cap,” Hooper said, while praising his mentality after his difficult campaign.

“He was in the squad earlier in the year, then he wasn’t, then back in the squad and I don’t know what his sort of mindset was about going on this trip but first game of the trip, getting an opportunity off the bat, I’m sure would have caught him by a bit of surprise, but a good surprise,” Hooper said.

“He had a fair bit to do earlier on in the week in terms of getting up to speed and like anyone would in his position coming back into the group after a bit of a layoff you’ve got a fair bit of detail to get through and he’s taken to that really well.

“The other hookers have given him a lot of time in terms of getting him up to speed with where he needs to be, so he’s confident now to to run out there and play his game.

“He’s a class player, really good around set piece time and on top of that he’s a good man. Dave harps on about that, but you know it was great for the team to see someone like that who is ‘team first’ to get a good result.”

Saturday’s match will kick off at 1.45pm local time (3.45pm AEST), a middle of the day novelty for internationals, although a regular time slot in Japanese rugby.

“It’s going to be new for some of our guys so it’s something we’ve touched on this week,” Hooper said.

“For those of us who’ve played up in here in Japan it’s the norm.

“What’s unique about it is you wake up, have breakfast and then the pregame meal is about an hour or two later. Just getting an understanding of how that features in each guy’s preparation.

“It’s a great time to play. Playing at 8pm, it’s a full day until you get there, a lot of nervous energy.

Australia should have enough ammunition to account for their hosts, but Hooper has warned Wallaby fans not to underrate the Japanese.

“We know they’re a team that wants to get ball in play from set piece, and get the ball moving,” Hooper said.

“A lot of the Japanese players are really dynamic, really good over the ball, have a strong breakdown presence … so we’re going to have to be on our game to recycle ball and play the play the football we want to play.

“They’ve got some really big carriers as well. So we’ve got to be on our game physically and stop them dead.

“When we play teams like that, we’ve got to be really solid around our defence, got to be connected, got to be alert to whatever they could bring and be good around our breakdown work.

“Making sure we’re good around our contacts, we’re physical around how they’re going to play with the ball and how we can slow their ball down. That’ll stop a lot of what they’re going to want to do, but they’ve been very successful in managing to acquire fast ball in last couple of years.”

He said he was looking forward to facing Kazuki Himeno, Japan’s No.8.

“He plays for the same club that I was at, unfortunately, he was he was playing in New Zealand this year so we didn’t get to play together. Playing up against him tomorrow will be good.”